IT basics: The abc's of Remote Desktop 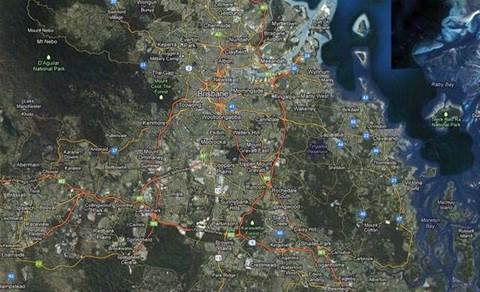 [Sponsored article] If you need to get some work done when you're away from your desk then remote access tools can save the day. Here are tips, advice, options and more.

[As part of BIT's mission to help you understand how technology can help you get your job done, we sometimes bring you sponsored articles. These articles are designed to introduce you to a technology, with a particular focus on the sponsor's product. Today we bring you this article sponsored by LogMeIn.]

Remote access revolves around the idea of tapping into your computer from afar.

If you need to get some work done when you're away from your desk then remote access tools can save the day. How?

But you need to set up remote access in advance so it's up and running when you need it. 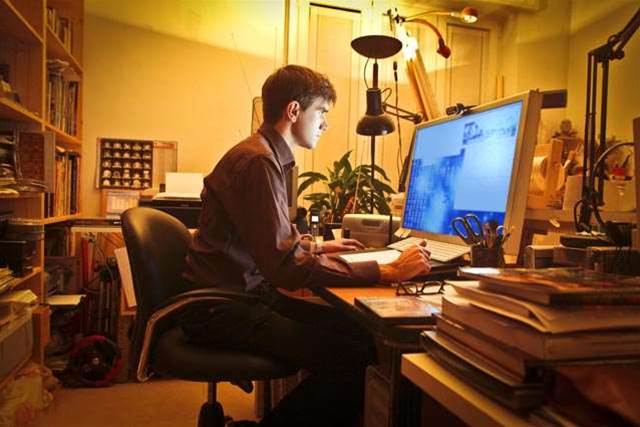 When many people think of remote access they think of Remote Desktop.

The key to Remote Desktop is to set it up on the remote computer before you need it.

You need to install a Remote Desktop client on the computer you want to control - it's a small program which runs in the background and listens for incoming connections from other computers.

You'll find some Remote Desktop services require you to leave the remote computer running, while others use a feature called Wake on LAN which lets you start up the computer from afar.

Depending on the Remote Desktop service and your remote computer, Wake on LAN might only be able to revive your computer from Sleep or Hibernation and not be able to restart it from a complete Shut Down.

The great thing about Remote Desktop is that you can use different kinds of devices as your local and remote computers.

In this article we're taking a closer look at LogMeIn.

The LogMeIn free service lets you use Remote Desktop to control your computer from another computer. You can also use the free LogMeIn app on your iPhone or iPad to control computers from afar.

Initially LogMeIn only offered the paid Ignition app for iOS (iPhone and iPad ) and Android, which offer similar features to LogMeIn Pro.

These mobile apps grant you complete control of the remote computer, with a view of the desktop, but they customise the controls to make things easier when using a touchscreen device.

Ignition for iOS also ties into LogMeIn's My Cloud Bank feature which integrates with Google Docs and Dropbox cloud storage along with WebDAV servers. 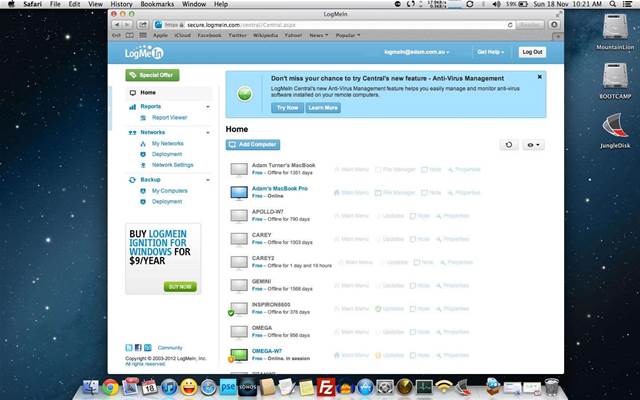 Once you create a LogMeIn account you can download and install the LogMeIn client on any Mac or PC using the blue Add Computer link on the LogMeIn home page.

If it's a work machine you might need administrator rights to install software, plus the firewall may need to be configured to allow LogMeIn to access the internet.

Once the LogMeIn client is running on your computer, you can log into LogMeIn from another computer or mobile device and see a list of your devices available to be controlled.

Click on a computer to take control of it. Keep in mind you can remotely control computers but not smartphones or tablets, unless the tablet is running a full version of Windows (but not Windows RT).

Once you've installed a Remote Desktop client on the computer you want to control, you can access it from a wide range of devices such as computers, tablets and smartphones.

Alternatively you can use a web browser on almost any computer with Internet access, without the need to install special software, in order to take control of your remote computer.

As an extra layer of security, it's also possible to enable two-factor authentication.

LogMeIn will automatically optimise the quality of the connection but it is possible to override some settings via the dropdown Options menu.

For example you can adjust the number of colours used or the network connection speed.

You can also change the screen resolution on the remote computer, with the option to rescale the remote desktop to fit your local window. 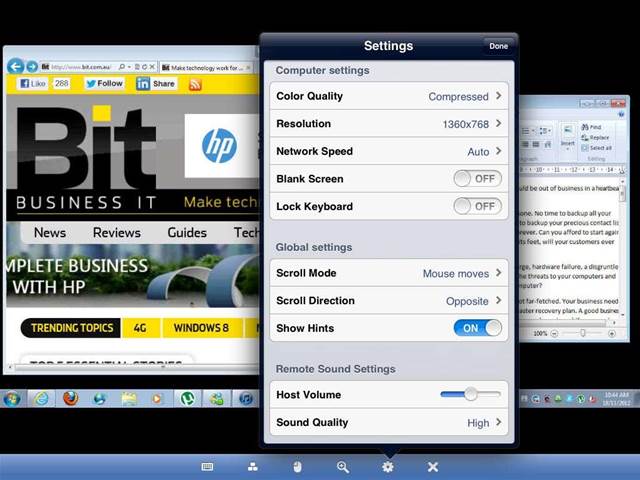 The iPad app also offers a range of configuration options.

When to use Remote Desktop 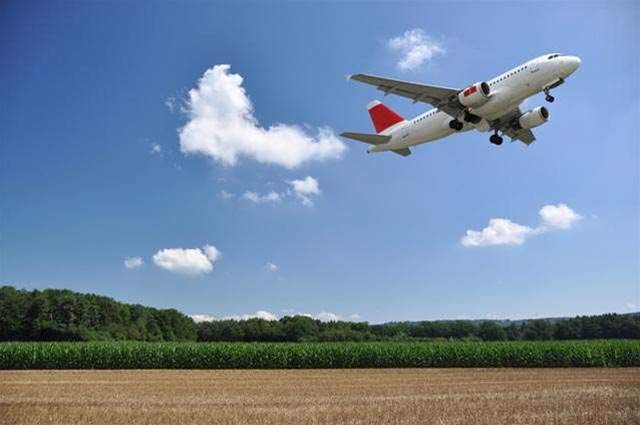 Remote Desktop makes the most sense when you're doing something which can only be done on the remote computer.

Remote Desktop tools such as LogMeIn can be a real lifesaver when you're working away from the office, but they're not always the best tool for the job.

It might be overkill if you simply want to edit a document in Microsoft Word. In this scenario there are more practical alternatives which we'll get to in a minute.

Also keep in mind that Remote Desktop connections can be sluggish and you're at the mercy of your internet connection. Graphics-intensive tasks such video editing aren't well-suited to Remote Desktop services.

1. Accessing accounts - Remote Desktop might be the easiest way to occasionally tap into the accounting package installed on your office computer - when you need to generate a report, prepare a quote or issue an invoice.

Using one central computer to keep your financial affairs in order can be easier to manage than spreading financial data across multiple computers. It's also easier to backup your financial records if they're all stored in the one location.

2. Accessing services only available within a company intranet - Or your office might run a central in-house human resources or enterprise resource planning package which can only be accessed by a computer connected to the office intranet.

If you can't access this kind of specialist Line of Business application from outside the office, then taking remote control of a work computer might be the perfect workaround to let you get things done without needing to go into the office.

4. If you need to use another operating system - For example, Mac users who occasionally need to run Windows 7 to access a specific application might find that remotely controlling a Windows computer is more practical and cost-effective than running Parallels or VMWare on their Mac.

When you're controlling other in-house computers the Remote Desktop session runs across your local network rather than over the internet, which makes it more responsive.

When not to use Remote Desktop

While Remote Desktop tools are handy, they're best viewed as a workaround for when there's no other practical way to perform a certain task.

If you're relying on Remote Desktop more and more, perhaps it's time to restructure how your business works in order to make it easier for staff to stay productive when they're away from the office.

For example, consider shifting to a cloud-based accounting package such as Xero, MYOB or Quicken which can be easily accessed by various staff from different devices. You'll also find cloud-based office, human resources, customer relationship and project management suites targeted at businesses large and small.

It's important to consider what's best for your business. Remote Desktop might still be the most practical and cost-effective way to open up remote access for a handful of key staff without exposing the entire accounting, CMS or CRM system to the internet or shifting it to the cloud.

Once staff are no longer chained to their desktops, it allows them to "hot-desk" and jump between computers during the day, perhaps letting you cut back on office space.

It's also easier for staff to work at home or on the road while remaining in contact and productive. It also becomes easier to manage a Bring Your Own Device policy.

Some businesses find that flexible work conditions are useful for attracting and retaining talent, as people strive for a better work/life balance. Some might even aandon expensive office space entirely and become a completely virtual organisation, with staff working from whichever location suits them best. 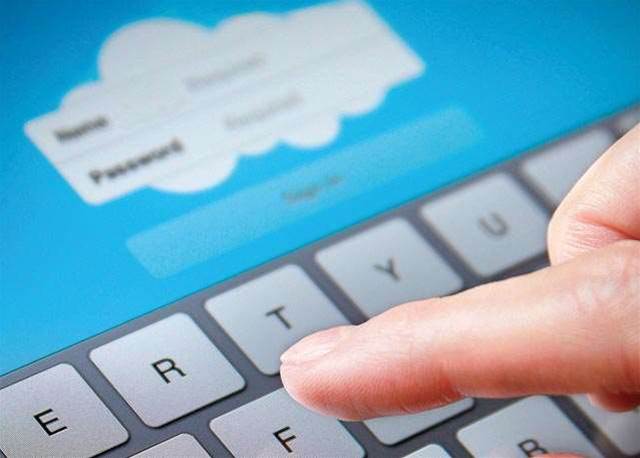 Remote Desktop tools such as LogMeIn are certainly handy but they're only part of the remote access story. There are other ways to access your files, applications and services without the need to completely take control of a remote desktop.

It would seem overkill to use Remote Desktop tools to use Microsoft Office on your computer at work. It would make more sense to simply download the file to your local computer for editing, or to store it in a web-based virtual office suite from the likes of Google or Microsoft.

One advantage of using specific remote access services rather than using Remote Desktop is that it gives you more granular control over what staff can access from afar. This might be more secure than granting them open slather Remote Desktop access to their work computer from home.

Other methods some businesses use include:

These applications appear to be running on your local computer but are actually powered by a remote server.

Along with this is the concept of Virtual Desktops, with the local desktop and some or all of your applications actually running on a remote server.

Never fear if such concepts are beyond your technical know-how, as you'll find remote access options specifically targeted at small businesses with limited in-house technological expertise. 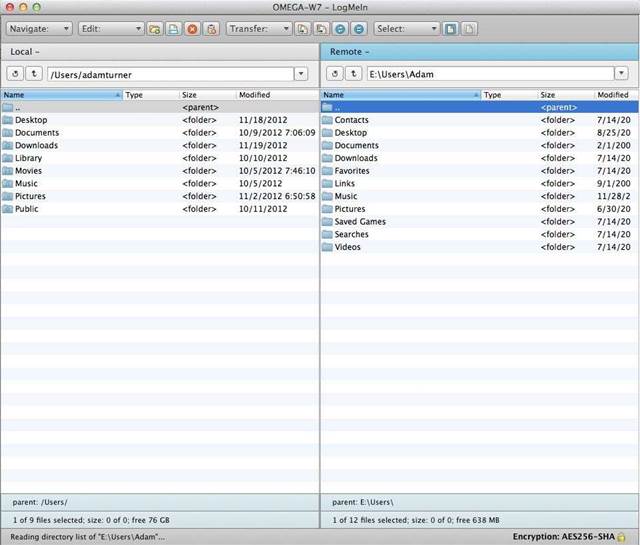 LogMeIn Pro accessing a remote Windows 7 machine using Safari on a local Mac, displaying a list of files available for transfer to the local computer

LogMeIn too has a range of remote access options to complement its Remote Desktop features.

For example LogMeIn Pro lets you access files on your remote computer without needing to take full control of the desktop. So it's easy to grab that spreadsheet from your work desktop, download it to your home computer, edit it in Excel and then upload it back to your work computer.

This is much less cumbersome than using Remote Desktop to open Excel on your work computer, plus it doesn't require a constant internet connection. 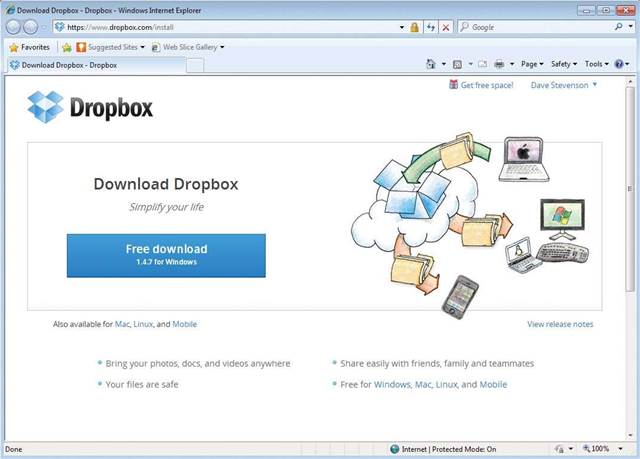 If you're only looking to access the office files on your work computer it's possible that a file sync service could be more practical. These include:

These let you synchronise folders between multiple computers, so if you edit a Word document at home then the changes are automatically applied to the copy stored on your computer at work.

One advantage of these kinds of syncing services is that they make it easier to ensure you're always working on the latest version of your documents - a concept known as "revision control" or perhaps "version control".

If you're copying files to and from your computers, or shuffling them via email or USB, then you take the risk of creating multiple copies with different information in them. There's also the security risk of leaving sensitive documents on multiple devices outside the office.

Revision control becomes critical when several staff need to access the same document, especially if they need to monitor each other's edits.

At this point you might consider the advantages of a central document repository, either hosted in the cloud such as Google Drive or on an in-house document server. 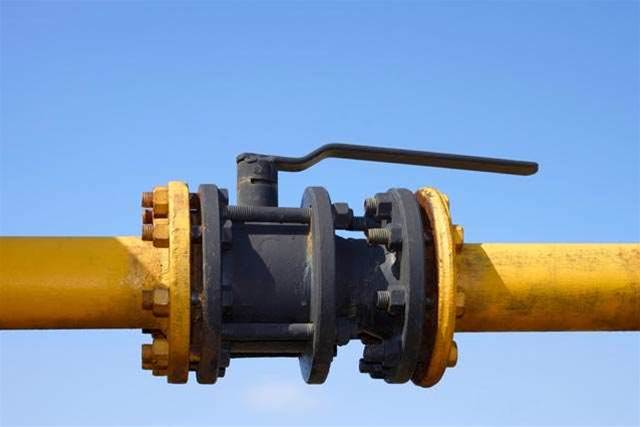 Alternatively if you need to access a Line of Business application which only works on computers in the office, such as a human resources package, you could use a Virtual Private Network to create a secure internet connection back to your office.

Now your local computer behaves as if it was directly connected to your office network.

Once again you're at the mercy of your internet connection, so you'd perhaps only engage the VPN when needing to access specific in-house-only services.

If the application runs too slowly over a VPN then switching to Remote Desktop might offer better results.