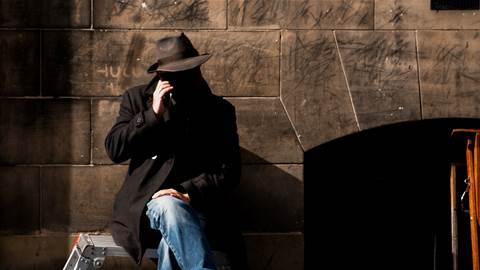 If you're confronting a number of these red flags, then you may have your phone tapped.

A tapped phone is not just something that happens in the movies.

It's not just a police officer or detective on a stakeout listenening in on phone calls in order to catch someone out committing a crime.

Nowadays, there is a lot more a hacker can do than what we see in the movies. Phone tapping certainly does include accessing phone calls, however a hacker in this day and age can also gain access to the victim’s text messages, emails, photos, videos, chat messages on platforms like WhatsApp, online browsing activity, and their GPS location.

Victims of phone tapping today are far more vulnerable than they used to be. Your smartphone can be defenceless to tapping, through software known as Spyware, which can give hackers access to far more information than old-school tapping devices.

Unfortunately phone tapping is easier than you think and more common than you realise.

There are a number of red flags you can look out for if you suspect your smartphone has been tapped; these are the tell-tale signs that something more is going on behind the scenes.

If your phone’s battery life suddenly becomes a lot shorter than it usually is, and you can’t think of anything you have been doing differently recently, it is possible that Spyware software may be running silently in the background and guzzling up your battery power.

If the battery heats up when that is being used, this is also a sign that the battery is running down fast due to performing intensive tasks. If it isn’t particularly warm weather and you aren’t asking your phone to perform any high-powered tasks, a hot battery is certainly a red flag for tapping.

2. Your data use has skyrocketed

If you receive your next phone bill and it shows a dramatic spike in text or data usage that isn’t in line with your expectations, this can indicate that your smartphone has been tapped. Sending stolen information from the victim’s phone to the hacker’s device can use an exponential amount of data.

A lot of people don't even bother to check their data usage each month because payments are automatic, however, if you suspect your phone has been tapped, checking data usage on phone bills to identify irregular activity is a great place to start.

3. Trouble shutting off a tapped phone

When you shut down your phone, it has to complete any tasks that are currently in progress. If your phone becomes less responsive or has difficulty shutting down, it could be malicious software causing a glitch in the background that could extend the time taken to shut down.

Text messages from unknown senders with unrecognisable links, or garbled letters and numbers can be a sign that someone is trying to tap your phone. Trying to trick you into giving up personal information is a common way for hackers to gain access to your device.

If you do receive one of these text messages, do not click any links, avoid replying to the unknown sender, block the number, and delete the message from your device.

Distorted noises in the background of your phone calls, such as high-pitched humming, beeping or pulsating static, is a sign that someone may be intercepting your call or trying to record it. Ending the call immediately and taking steps to ensure there is no Spyware on your device is a critical next step.

Red flags for a tapped phone

If you've only noticed one of the signs listed above, then you may not be dealing with someone tapping your device. However, if you're confronting a number of these red flags, then you may indeed have a hacker listening on the other end.

Performing a security check on your phone to check if it's been tapped is relatively easy, depending on what type of phone you have. On an Android device there are a number of apps in the Google Play Store that can perform a full security scan and malware removal for free. On iPhones, using a PC or Mac, you can scan your device for Spyware and other types of hacking. In order to remove Spyware, an iOS update should stop any software from functioning, or worst case scenario you can reset the phone to factory settings to be completely sure.

Anushka Bandara is Cofounder and CEO of Elegant Media.