Is there a faster, cheaper way to hire staff? 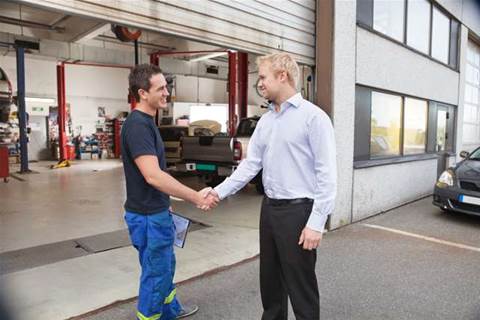 There are alternatives to Seek and the regular recruitment agency process, but how do they work? We look at one example called RecruitLoop.

If you run a fast growing small business, finding staff with the right technical skills who are also a good cultural fit for the business is one of the most difficult and important tasks you can undertake. It can literally make or break your business.

While the emergence of jobs boards like Seek have drastically reduced the cost of advertising for staff, the process of sifting the wheat from the chaff has drastically increased. And given that time is money, many small business owners find they are actually now worse off.

Also, paying a recruitment agency a fee based on a percentage of the salary is prohibitively expensive, which rules that out for many businesses.

Another way of hiring

One alternative is to use a service like RecruitLoop, which marries the low cost of online jobs boards with high value agency service levels to fill a key role.

The way it works is employers post the roles they are looking for and recruiters bid for the work based on an hourly rate rather than a percentage fee. It is free to advertise the role to recruiters.

RecruitLoop has been on our radar lately, so we decided to find out a bit more about how it might be useful.

Sydney based DesignCrowd is a fast-growing online business which matches designers with companies and takes a fee on the transaction. It has more than 132,000 designers in its system. This is an important benchmark as this number is larger than the entire designer population in the United States, DesignCrowd CEO Alec Lynch said.

The company has grown rapidly over the last 18 months from five 5 to 20 staff and found itself facing the familiar dilemma of finding the right person for the right price.

It heard about RecruitLoop from a common shareholder in both businesses.

As DesignCrowd's chief operating officer Chris McNamara puts it, "One of the challenges is actually finding the time to recruit really great people."

Given the nature of its work, McNamara says DesignCrowd requires staff with specialised skills and technical knowledge - particularly within the sales, marketing and technology departments.

"Such people are not easy to find," said McNamara. "For example, a key marketing channel for us is clearly search so we need someone with a deep knowledge of search engine optimisation  and search engine marketing." 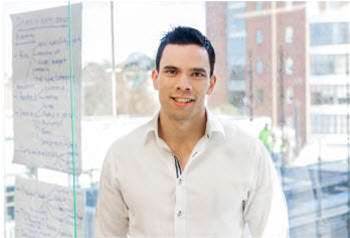 There are two specific challenges with those channels, says McNamara."The first one was the quality of the people was not what we had hoped. Secondly, there is a lot of variability in there as well."

Seek delivered the largest volume of potential candidates but it also produced the lowest volume of interviews.

"When you post a job on a job site you get a large volume of responses and it takes a lot of time to go through those responses," he said.

And while LinkedIn can be a useful channel, according to McNamara, you are limited by the extent of your personal LinkedIn network."Part of the challenge as a relatively small start-up is getting an introduction to the right people. The three executives in the DesignCrowd leadership team obviously leant on our network to get some of those introductions but that only goes so far. "

They found the LinkedIn approach particularly limiting when looking for specialised skills. "It just doesn’t extend into areas that we wanted and needed," McNamara said, although he added that this was more a reflective of their personal newtorks than the service.

The other problem was that all these approaches quickly became time consuming. "It took me away from other responsibilities within the business."

"I'd say we had received around 20-25 applications for the role and interviewed two other people prior to utilising RecruitLoop."

RecruitLoop and DesignCrowd share a common shareholder - Garry Visontay - who is also the chairman of RecruitLoop. [Ed note: DesignCrowd is mentioned in a press release we received from RecruitLoop.]

He suggested the service might suit DesignCrowd's needs and made the introduction.

"We registered on the site and completed the briefing process, connected to a recruiter and then the process commenced," explains McNamara.

"We found the briefing process very straight forward. It was easy and intuitive to complete the brief and the recruiter was able to translate our brief into job ads that were used in a variety of other places."

From there, things moved swiftly. "It took around four weeks from creating the hiring brief to extending an offer. We were able to start interviewing candidates after roughly a week."

Contrast that to the experience until then: "For this particular role we had already spent close to two months trying to find someone through other channels without luck."

There were a couple of things that really appealed to McNamara about the model. The first, he says was that it gave the DesignCrowd management more time.

"We would basically be able to lean on our recruiter to outsource many of the recruiting activities, so not just searching for the right candidates but also screening those candidates as well."

"The other thing that really appealed to us was the fee model at RecruitLoop simply made more financial sense for a start-up business like us. Prior to engaging RecruitLoop the possibility of using a traditional agency wasn’t even a consideration. We simply couldn’t justify paying a thirty percent fee for a senior sales manager or BDM [business development manager]."

What was the outcome?

"The cost in terms of dollars was a fraction to what we would have paid using the traditional agency approach. And in terms of effort  it freed up a huge amount of my time and achieved everything that we had hoped ."

Most importantly the quality of the candidates that the service brought in was higher than DesignCrowd had seen from other channels.

"The quality was definitely better than any of the online job sites  or our own site, and higher than the people I could access myself using LinkedIn.

The recruiter was able to source the candidates very quickly which was also important for DesignCrowd, which as a startup in a competitive global market needs to move quickly.

"One of the things we were most impressed with was the expertise of the recruiter. We hoped RecruitLoop would deliver a faster and cheaper way of recruiting people but we didn’t expect to find someone we can now lean on as a really trusted advisor."