iPhone X vs iPhone 7: How much better is Apple’s new flagship? 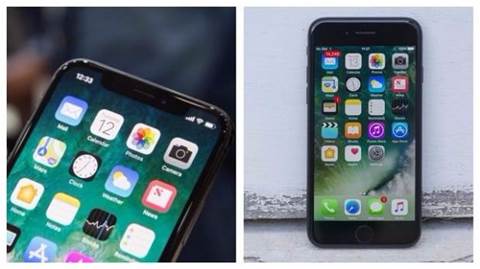 The iPhone X is a stunning phone, but is it worth paying nearly double the iPhone 7?

While the iPhone 8 seemed like an incremental upgrade on the iPhone 7, the iPhone X is something that looks, works and feels different to any other Apple handsets.

The iPhone X is going to be the iPhone upgrade that will get the Apple fans’ hearts racing, especially if the iPhone 8 didn’t do it for you. The price of the product may make you hesitate, however.

With the iPhone X available for pre-order now and for purchase from 3 November, according to Apple – and the previous-generation flagship still being sold – we’ve provided this guide to help you decide between going all-in for the iPhone X, or saving money with a trusty iPhone 7.

The iPhone X looks dramatically different to any iPhone we’ve ever seen before and that’s thanks to one significant design feature. There’s no more home button. The staple button that has been on all iPhones since the original but has now gone, replaced with a fully edge-to-edge screen much like the Essential Phone and the Samsung Galaxy S8. And yes, this does mean the that Touch ID sensor that we all know and love is no more too. Instead, we now have Face ID.

Apple claims that Face ID is much more secure than Touch ID, with just a one in a million chance of someone breaking into your phone compared to the Touch ID’s one in 50,000 chance. Both seem like longshots, but you can’t argue with the scale of improvement. 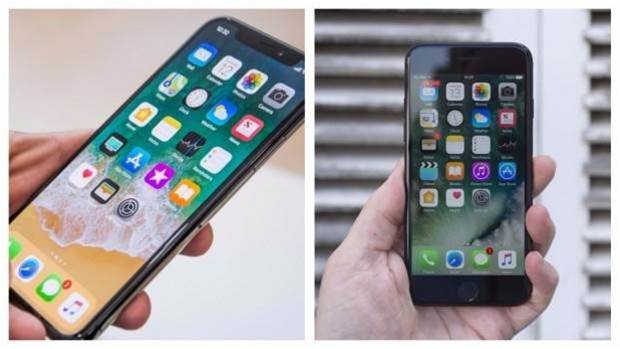 The only black mark on the iPhone X’s looks is the bar at the top, required to fit in the IR sensor, “dot projector”, flood illumination and of course the front-facing camera. Other than that, it’s all good in terms of style: the iPhone X sports a shiny new all-glass back with a metal frame, differing to the metal unibody found in the iPhone 7.

Neither feature the 3.5mm headphone jack, which it seems Apple has killed off for good.

Overall, the iPhone X has been given a massive power boost. It sports an all-new A11 six-core Bionic chipset, and Apple claims that the iPhone X’s two fastest cores are 25% faster than the A10 Fusion that the iPhone 7 runs on.

That’s not an idle claim, based on the outstanding results of our benchmark tests on the iPhone 8 Plus, which also features the A11 Bionic chip.

The iPhone X also has a lot more RAM to play with over the iPhone 7. The 7 only has 2GB, while the X has a larger 3GB of RAM.

There has also been a welcome change to the storage sizes available on the iPhone X. The iPhone X starts at 64GB with a second storage size of 256GB. The iPhone 7, however, has three sizes: 32GB, 128GB and 256GB.

Apple claims the iPhone X’s battery will last an extra two hours over the iPhone 7 – we’ll report back when we’ve tested those claims. In any case, the iPhone X brings the long-awaited support for wireless charging.

The iPhone X has two dual-lens cameras on the rear with 12 megapixels, offering optical image stabilisation as well as an aperture of f/1.8 on one, and f/2.4 on the other. This is a huge update on the iPhone 7 which only has one 12 megapixel camera on the rear with an aperture of f/1.8. The iPhone X’s dual-lens camera also has a new quad LED True Tone Flash. 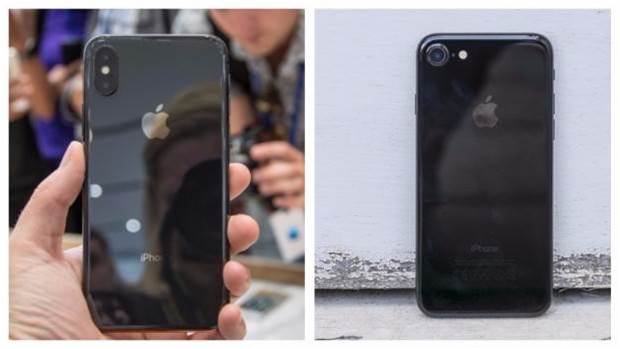 Apple has also put a lot of effort into AR with the iPhone X’s new cameras. The iPhone X boasts additional gyroscopes that simply aren’t in the iPhone 7.

The iPhone X also outshines the iPhone 7 when it comes to video. While the iPhone 7 can only shoot video at 30 frames per second for 4K and 120fps for 1080p, the iPhone X can shoot 4K video at 60fps and 240fps for slow motion video captured in 1080p.

So far, so much better, but the price might make even the most enthusiastic Apple fan think twice. While the iPhone 7 can be bought at a relatively affordable $849, the iPhone X starts at the eye watering price of $1,579.  There’s also a substantial difference in contract pricing – you’ll have to pay a minimum of $100 per month for the iPhone X from Optus or Telstra, for example.

The iPhone X certainly offers a lot of phone for your money, but with the iPhone 7 still being an impressive performer, it’s a big ask to pay nearly twice as much for the latest and greatest.