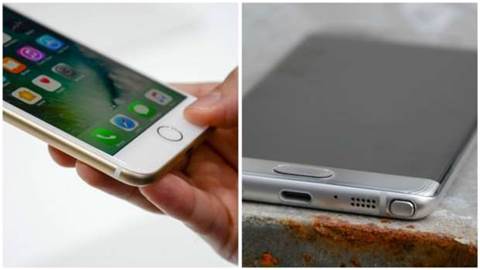 Which is the best flagship phone? iPhone 7 vs Galaxy S7

As we found in our iPhone 7 review, Apple’s new flagship phone is faster than its predecessor, it has a better camera and screen, more storage, and it’s water-resistant. But how does it compare to our favourite Android phone, Samsung’s Galaxy S7? 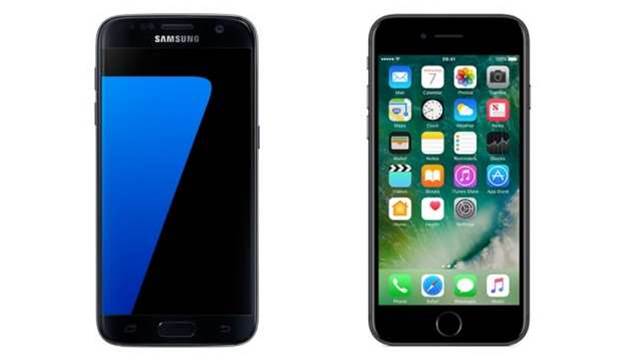 Let's look each of the key criteria in depth.

The iPhone 7 doesn't look that different from the iPhone 6s, and that's really not a bad thing. This time around Apple has removed those unsightly antennae lines at the rear of the device, and introduced two new finishes. There's now Jet Black, a super-high gloss finish that looks amazing, and also regular Black, which is essentially a matt black coat. There are other changes to the iPhone 7 elsewhere too; the Home button now has Force Touch, and the phone is now water resistant too – just like the S7. Finally, and more controversially, Apple has also removed the 3.5mm headphone jack but added stereo speakers.

In the same way, the Samsung Galaxy S7 looks a lot like the Samsung Galaxy S6 before it. Featuring a large screen that seems to take up the entire front of the phone, and a smooth glass back, the Samsung oozes style and sophistication – and comes in a range of colours, too. There's Black, Gold, White, Silver and of course Rose Gold – and all work well with the glossy finish that covers the handset.

Verdict: The Galaxy S7 is a good looking device but for some reason it doesn't have the same ‘object of desire’ feel as the iPhone 7 phone – at least, the Jet Black model.

The biggest addition to the iPhone 7 is IP67-standard water resistance. That’s the level below the Galaxy S7’s IP68-standard water resistance, though in practice that difference is unlikely to be an issue, unless perhaps you drop it into a pool. (According to the specification, both types of phones can be submerged for up to half an hour, but the IP68 phones can be submerged in water up to 1.5 metres, compared to 1 metre for IP67 devices.)

Of course, the headline changes to the iPhone 7 are the removal of two features: the headphone jack and the physical home button. We can declare the latter a success, with Apple's haptic feedback technology feeling uncannily like a real button.

The lack of headphone is a lot more controversial, however, and we dealt with the pros and cons of that in more depth in our iPhone 7 review.

Verdict: Both phones are packed with features, and no matter which phone you choose, you’re unlike to be disappointed with what you get. However, with slightly better water resistance and, well, a headphone jack, the Galaxy S7 edges ahead here.

The iPhone 7 might not get the super dual-lens camera found on the iPhone 7 Plus, but it still gets a worthwhile upgrade. The iPhone 7 uses a 12MP camera with an f/1.8 aperture that lets 50% more light in, meaning that the new handset is better at taking photos in low-light than ever before. Apple has also added optical image stabilisation to the smaller iPhone 7 too, so your photos are less likely to be blurry at longer exposures. When you want to use the flash, the iPhone 7 uses a quad-led fusion flash, which is brighter and can makes subjects look more natural in photographs. For selfies and video calls there's a 7MP FaceTime HD camera at the front of the phone. 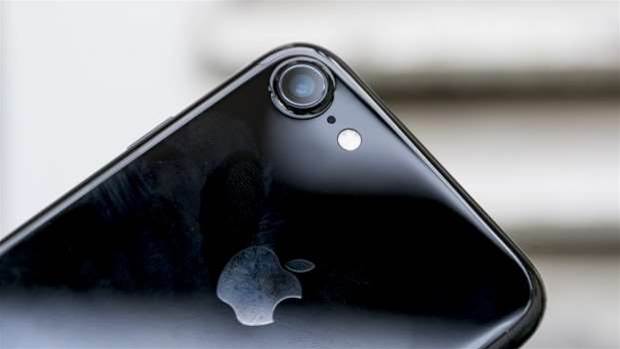 The Samsung Galaxy S7 is one of the best Android phones you can buy, and that means it comes with an extremely impressive camera. Like the iPhone 7, the Galaxy S7 camera is a 12MP affair, but also uses an f/1.7 aperture and 1.4µm pixels to capture as much light as possible. The result? Extremely good photos in low-level lighting. Alongside that performance, the Samsung's Dual Pixel sensor technology make focusing faster, too. On the front, the Galaxy S7 uses a 5MP camera.

Verdict: The iPhone 7's camera is way better than before, but the Galaxy S7 is still more than a match for Apple's latest handset. The f/1.7 aperture is still slightly better than the iPhone 7s, and when you consider the larger sensor it uses, the Galaxy S7 still has the best snapper around.

The iPhone 7 uses a 4.7in LED-backlit IPS LCD screen, capable of displaying 16 million colours in total. Like the iPhone 6s before it, the screen uses 3D Touch, keeping the resolution of 750 x 1334 pixels with a pixel density of 326ppi. However, this time round, the iPhone 7 screen is 25% brighter and has a wider colour gamut than before. The result? The iPhone 7 screen looks more colourful and vibrant.

The Galaxy S7 uses a 5.1in Super AMOLED touchscreen, and it's one of the best displays you can get in any smartphone right now. Super AMOLED technology is able make blacks blacker and other colours more vibrant, and when you combine that with the S7's 1440 x 2560-pixel (577ppi) screen, the end result is simply amazing.

Verdict: The Samsung Galaxy S7 may not have 3D Touch, but everything else about its screen is superior to the iPhone 7's. Despite a much needed upgrade, the iPhone 7's LCD screen still can't match the vibrancy of the Galaxy S7's, and when you consider the S7's significantly higher pixel density, it's clear one screen is much better than the other.

The new iPhone 7 uses a quad-core A10 Fusion processor, comprising of two high performance cores and two efficiency cores. Apple says the iPhone 7 will decide which tasks should be assigned to which core, and that means you'll get a better blend of performance and battery life. Apple says the A10 Fusion chip is 40% faster than the A9, and based on our testing, we wouldn’t argue with that.

The Galaxy S7 is powered by a Samsung-designed eight-core Exynos 8890 Octa processor, with four cores running at 2.3GHz and four at 1.6GHz when all-out power isn’t required. With that processor and 4GB of RAM, it’s hardly surprising that the Galaxy S7 has been the fastest smartphone around – until the iPhone 7 arrived.

Verdict: The Galaxy S7 is fast, but our tests confirm the iPhone 7’s A10 Fusion is the fastest smartphone processor ever made. 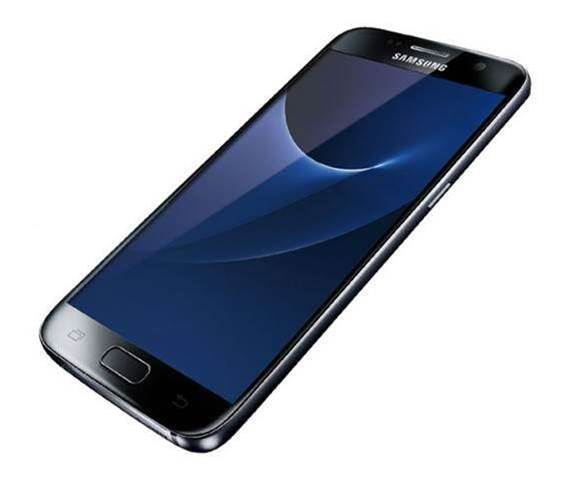 Verdict: The iPhone 7 gives you a range of options when it comes to storage, and on first glance the S7’s paltry 32GB storage looks like a huge oversight. However, Samsung's decision to throw in a MicroSD slot can offer extremely good value if you know where to look – 128GB microSD cards and be picked up for around $50.

Apple claims the iPhone 7’s lasts up to two hours longer than the iPhone 6s. Our battery life test confirmed that improvement, as the new phone lasted 13 hours 2 minutes.

However, that’s still a long way short of the Samsung Galaxy S7, which lasted 17 hours 48 minutes in our test, thanks to its big 3000mAh battery and, we’d surmise, its improved AMOLED display and efficient octa-core processor.

Verdict: The iPhone 7 improves the chances of the phone lasting a full day without a charge, but the Galaxy S7 wins this one easily – by at least half a day, depending on how you use your phone.

So the iPhone 7 is faster, comes more built-in storage and looks a bit better (in our view) than Samsung’s flagship. On the other hand, the Galaxy S7 has a better screen and camera, the edge in features, expandable storage and much longer battery life.

So overall, that’s a win to Galaxy S7. But really, there’s little between the two phones overall – both are fast, water resistant and packed with features, and take great photos. Choosing the best phone partly comes down to the ecosystem you use, and the type of operating system you prefer. If you’re upgrading from a previous iPhone and own other Apple gear, the iPhone 7 will most likely fit best into your life. If you're more of an Android user, then it probably makes more sense to pick up a Galaxy S7.

The caveat here is the headphone jack. If you really must have one and you’re iPhone user, then you’ll either have to jump ship or skip this upgrade and see what happens with future iPhones and headphones.