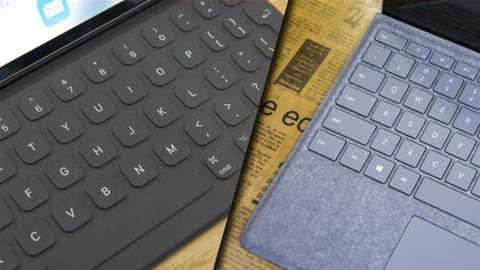 Following this year's refresh, the iPad range is now packing a beefy six-core A10X processor clocked at 2.36GHz, although three of those are high performance cores and do most of the heavy lifting. You have the choice of 64GB, 256GB and 512GB storage, and the standard options of Wi-Fi or WiFi and Cellular (4G). All models come with 4GB of RAM.

The Surface Pro range continues to offer a variety of specifications to suit most needs, making the iPad Pro selection feel rather limited. Microsoft offers six different configurations, with options for Core m3, i5 and i7 processors; 4GB, 8GB or 16GB of RAM; and 128GB, 256GB, 512GB or 1TB solid state drive.

While the last generation A9 was no slouch, we were still staggered by the performance of the A10X in our benchmarks, scoring 9,380 in our multicore tests and 3,930 for single core. That's almost double the performance of the iPad 9.7 – and more importantly, roughly on par with the Core i7 Surface Pro, comfortably ahead of the 7,544 multicore score of the Surface Pro’s Core i5 model, and smashes the Core m3 model (5,342).

That's not the whole story, however, as the generous amount of RAM afforded by some Surface Pro models means that it is far more suited to multitasking, making it an attractive device for business users. 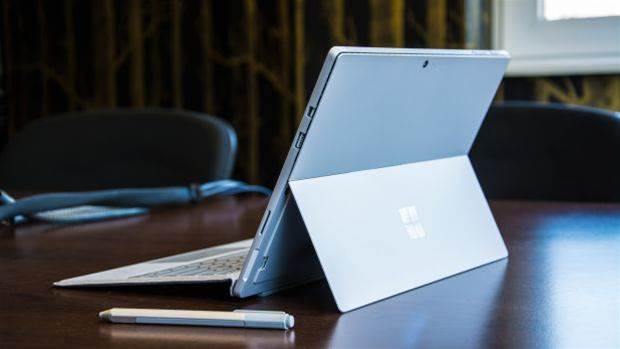 In terms of desktop benchmarks, the top end Surface Pro scored 60 overall, which is good for a mobile processor and far ahead of similar 2-in-1s such as Dell's XPS 13 convertible.

The iPad Pro's monster A10X processor is scarily good, and is more than a match for the Surface Pro's chips. Yet in everyday use cases, the Surface Pro – or at least the mid- and high-end models – are better multi-taskers and better suited to running demanding apps.

The iPad Pro is also incredibly power efficient given that staggering performance output, with the 10.5in model managing just shy of 13 hours in our benchmark tests. The Surface Pro meanwhile managed a similarly impressive 11 hours 30 minutes, which is a substantial improvement over the Surface Pro 4.

The Surface Pro still uses a priority charging connector, while the iPad Pro uses a more versatile Lightning connecter – although that’s the Apple device’s only port, whereas the Surface Pro has a USB 3 port too. 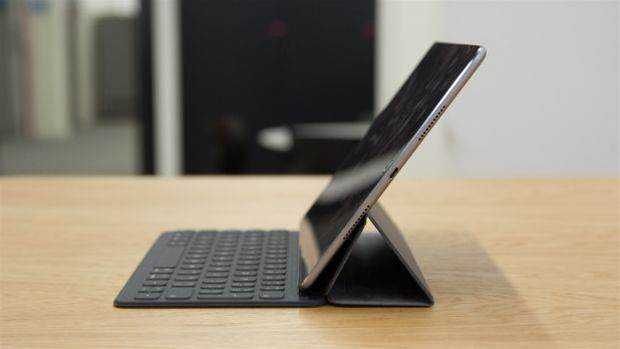 Overall, there is very little between the two devices. Both are more than capable of supporting a full day’s work away from a power socket, but the iPad Pro gets the nod here due to its better test result.

Setting aside its looks and hardware, the most fundamental difference between the two devices is the operating system. The Surface Pro comes equipped with Windows 10 Pro, a fully-fledged desktop OS, and while iOS 10 is a leading mobile operating system, it can't compete in the laptop environment.

This naturally has a massive impact on what tasks you'll be performing. You can expect to have the exact same experience with the Surface Pro as you would with a traditional Windows PC or laptop, while the iPad simply can't provide the same utility as macOS.

The iPad does have some redeeming qualities, such as the inclusion of a 'Split View', which helps with multitasking, and it has access to a healthy library of third-party apps. However, the 50/50 split only really works with 12.9in iPad Pro – with the 10.5in model,  there simply isn't enough screen space for the iPad to scale each app, and they typically appear as a 75/25 split or vice versa.

We are also awaiting the launch of iOS 11, which will be coming to the iPad 10.5. This will substantially improve the capabilities of the iPad as a business device, including an app switcher, drag and drop content sharing, improved document scanning, and all new Siri functions. You can read more about iOS 11 here, but suffice to say it's a step toward bringing the mobile OS more in line with its macOS counterpart.

However, until iOS 11 arrives (and probably after too), the Surface Pro wins hands down because of its genuine desktop OS.

Next: price and final verdict