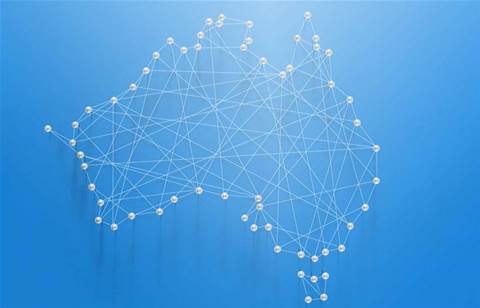 IoT and the internet of things in an (Australian) nutshell.
IoTHub.com.au

Do you see the term IoT everywhere but are too afraid to ask what it is? Here's a basic explainer of the Internet of Things.

The Internet of Things - often known as IoT - is becoming an increasingly mainstream term due to the increasing importance of the proliferating technology. In this article we'll start with the basics and go into a deep dive of the technology and latest applications that it affords to Australia and other countries.

What is IoT (the Internet of Things)?

IoT (also known as the Internet of Things) is technology that encompasses small devices, components and sensors which are connected to the internet but have limited processing power. Consumer examples include smart lightbulbs while industrial devices monitor traffic, climate, energy, factories, security plus other academic and geographical characteristics.

While consumer-based IoT devices generally add personalised convenience to people and smart homes, it's in industrial settings where the technology's adoption is ballooning. This is being accelerated by various factors including processing performance, evolving network technologies, power efficiency, artificial intelligence (A.I.) and machine learning (ML) and even the pandemic. IoT is proving its attractive to organisations because of its ability to improve efficiency, reduce costs and down time and increase productivity. How does the Internet of Things achieve this?

Computer processors have increased in both power and efficiency in recent times. This enables them to more-easily monitor, manage and process the data of multiple devices across multiple networks. In addition, the improved efficiency, reduced power consumption and miniturisation of processors, mean IoT smarts can be embedded within increasingly tinier devices. Ultimately, this means both that more small, smart devices can be deployed across a network while improved, macro processors can more-easily manage them.

More IoT devices means more data that data needs to be captured, processed and stored. For vast, complex networks, it's impractical for humans to identify and act upon the insights garnered from so much information - in real-time and on a historical basis. This has proved to be the perfect environment for both A.I. and ML to thrive: these technologies can identify patterns, bottlenecks, hazards and imminent failures as the data comes in. In many situations, the A.I. can act to remedy a situation without any human intervention.

3. The liberation of the data silo

In many industries and organisations, data gets sent to and stored in isolated locations where it may or may not be analysed. An increasing benefit of the iInternet of Things is that information from multiple data silos can be gathered together and holistically processed, producing new insights. This often identifies duplication, cost savings and efficiencies among stakeholders.

While electric, battery-powered cars have made headlines with their rapidly increasing power and range, the improvements also manifest in the Internet of Things. The ability for devices to operate remotely without a power source - for years(!) - has been transformative: especially in industries like Australian agritech and outback environmental monitoring where devices cannot be easily be accessed after the initial installation.

Internet of Things networks can exist on any scale: they can exist within a single location or be spread across the globe - and everything in-between. Not surprisingly, different network topologies suit different connectivity technologies. For instance, setting up a mobile phone-based eSIM network would not be suitable for sensors in a single machine. Nor would it suit off-shore maritime connectivity. Fortunately, there are now numerous options that suit all requirements whether its high-bandwidth local tracking or space-based remote sensing across an entire continent.

History has many examples of innovation being driven by tragedy and the Internet of Things has certainly thrived alongside the coronavirus. While many organisations had to undergo years' worth of digital transformation in a matter of days when it first appeared, other industries were forced to embrace widespread digitisation for the first time. Construction, is one such example where paper-based operations were banned on building sites and all HR and logistics practices were overhauled with IoT devices. The traditionally Luddite industry quickly warmed to the subsequent productivity gains.

The above have driven driven many manifestations of IoT innovation. Below are some real-world examples of Internet of Things implementations:

IoT news in the IT Channel