In-house printing can save you more than money 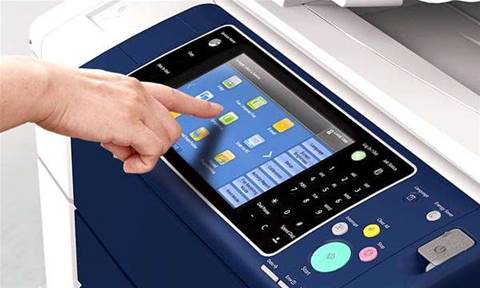 Today’s small-business printers are more capable and better value than ever.

The pendulum has swung back and forth over the years regarding centralised vs distributed printing. As a general rule, one high-capacity printer has been cheaper to buy and run than several slower ones. But in an environment where most printing is on-demand rather than scheduled, having to trek across the building to collect a job is a real productivity killer. Fortunately, the technology in modern printers means workgroup models deliver the quality and flexibility required while keeping costs down. Couple that with the time saved by locating printer just a few steps away from people’s desks, and you come out in front.

That doesn’t only apply to an office environment. Two or more printers strategically located around a reasonably large warehouse may speed up the picking process by reducing the amount of time workers spend returning to the printer for their next jobs, and similar examples can be found in other areas of activity.

There may be situations where you don’t want to leave a customer alone while you scan or copy their documents (eg those necessary to prove identity or creditworthiness before a certain transaction can proceed). A local printer or MFD saves time and means less interruption to the transaction, and therefore less risk of the customer changing their mind.

Another big timesaver is that printers and MFDs that are within the budget of the typical small business are far more capable and economical than they used to be, which means there is less need to resort to the local copy shop for longer print runs or to print a colour brochure on A3 paper which is then folded to A4.

One vendor reports that sales of A3 laser printers have more than doubled in the last year, reflecting the increased affordability and reduced physical size. And it’s important to take into consideration the value of the time spent visiting a copy shop. On some estimates, that increases the total cost per page to ten times that of doing the job in-house.

An added saving comes from printing relatively expensive items such as brochures just before they are needed. Not only does this mean you never run out of a particular brochure, it also removes the temptation of lower per-copy prices for larger print runs. The usual result is that reams of documents being thrown away because the information went out of date before they were used, with a consequent increase in the average cost of the copies you actually used.

And in many cases less-basic models are able to keep a selection of documents on an internal storage device so they can be printed from the front panel without the need to go to a computer to initiate output.

Further savings can be made by taking advantage of an increasingly common feature on office printers and MFDs. Traditionally, you’d print a document from a computer and out it would come from the printer — assuming your job wasn’t queued behind someone else’s.

Now you can often set things up so the document goes to the printer but is held there until you walk up and enter a PIN (or, in more sophisticated environments, tap or scan a card) to release it. Not only does this save money — how often do you see uncollected output sitting in your printer’s tray at the end of the day and that goes into the recycling bin? — it also provides greater confidentiality.

That’s not an everyday issue for all small businesses, but some owners will be familiar with waiting until all their staff have left the premises before printing reports or correspondence that need to remain confidential. In situations were several printers are in use around the business, a more sophisticated version of this approach stores all the print jobs centrally so users can release them to whichever printer they choose.

And when choosing a printer or MFD, remember the growing number of mobile devices used within your business. The ability to work with iPhones, iPads, and Android phones and tablets has gone from 'gimmick' to ‘nice to have’ to ‘must have’ in a very short time. Some models even include a direct-connect capability that means they can be used with phones and tablets that aren’t connected to your network — that can be good for productivity, but if you don’t trust your staff enough to allow their devices on your Wi-Fi you probably don’t want them using your printer!

On the scanning side, MFDs increasingly provide touchscreen buttons to make various tasks a one-touch process. One button might scan in monochrome at 150dpi and generate a PDF file that’s dropped into a server folder that’s used to collect images of signed delivery notes. Another might produce a 300dpi colour JPEG file that’s automatically emailed to your outsourced graphic artist.

Sometimes it is worth using dedicated scanners in conjunction with these multifunction devices. For example, the task of scanning those delivery notes may fall to someone that doesn’t work really close to the MFD. Rather than have them away from their desk for extended periods, it makes sense to provide a scanner (which also takes up less space than an MFD). If the right products are selected, the scan settings and destinations can match those on the MFD, thus keeping things simple for staff who may use different devices at different times.