Improving your backups of Office 365 data 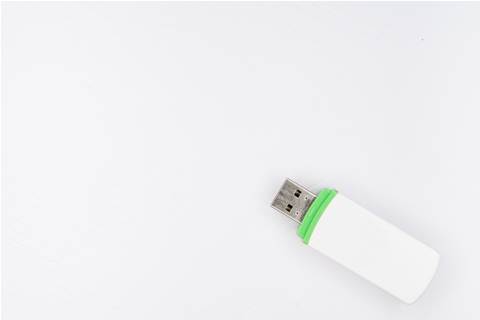 Taking the time to locate and deploy an effective, cloud-based data protection solution is critical.
Photo by Markus Winkler on Unsplash

With remote working now part of the fabric of most workplaces, increasing numbers are making use of software-as-a-service platforms such as Microsoft’s Office 365.

The flexibility it offers, together with support for collaboration, has seen its usage climb quickly during the pandemic disruptions.

However, while Office 365 can deliver some powerful benefits for businesses, it’s also creating some significant challenges when it comes to security and backups.

According to recent research undertaken by Barracuda, 68 per cent of Australian businesses surveyed believe that their Office 365 data could be the target of a ransomware attack. Alarmingly, almost half (46 per cent) report they have already fallen victim to such an attack.

Much of the security concern stems from the fact that Microsoft only offers relatively limited data protection features as part of its hosted platform. In fact, the company itself recommends customers make use of third-party backup options as it only guarantees the availability of its service and not the retention of customer data.

Despite the shortcomings of Office 365’s data protection capabilities, the survey found 74 per cent of respondents still rely solely on it to defend against threats and losses. They also rely on it to retrieve files that are accidentally deleted by users.

This is where another shortfall of the platform becomes clear. Office 365 does not provide the ability for granular restoration of individual files. Instead, entire directories need to be restored which can lead to duplications and problems with different versions of files.

Around three quarters of the survey respondents also indicated a desire to be able to pull daily reports on all backups, restores and exports. Again, this is something that is very difficult to achieve with Office 365 alone.

Another issue highlighted by the research was business concerns about where their data is being stored. As well as adhering to corporate policies, organisations need to be confident they are also meeting regulatory requirements for data protection and storage.

Almost one in seven (69 per cent) of survey respondents indicated they were concerned about meeting such compliance and were unsure about whether their data was being backed up outside their own geography.

Concerns were also expressed when it came to the question of data privacy. Of respondents in the Asia-Pacific region, 75 per centsaid privacy was a concern for them and they were unsure whether they were meeting requirements in this area.

When asked about their preferred methods of overcoming these data concerns, the majority of respondents indicated they would prefer a cloud-based solution. They have already made the mindset shift to move from on-premise to cloud for their applications and would like to take a similar approach for data backups and protection.

Many also expressed a preference for an all-in-one backup solution that would remove the need for multiple linked services and complex licencing. Of those surveyed, 80 per cent indicated they would like a cloud service that allowed them to begin running backups as soon as they had signed a contract.

Clearly, the survey shows that the majority of Office 365 users are seeking a cloud-native, SaaS backup solution that is comprehensive, easy to use and fast to deploy. This demand will continue to increase as the number of Office 365 grows further over time.

Many organisations are discovering that relying on native retention services within the platform is not an effective option. The lack of granular restoration capabilities makes restoration complex and difficult to manage. They’re looking for a solution that is easy to use and streamlines the challenge of achieving effective data protection.

Taking the time to locate and deploy an effective, cloud-based data protection solution is critical. The combination of rising cybersecurity threats and the need to meet strict data management requirements should put this task at the top of the IT team’s to-do list for 2021.