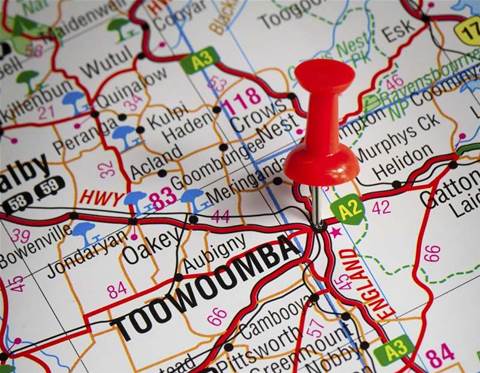 A Queensland entrepreneur reveals what could be a template for transforming your regional centre.

Around Australia – and indeed the world – cities and communities are trying to develop tech and innovation ecosystems. However, the challenge of actually doing it can be daunting – especially if you’re outside the major capitals.

Here’s how a grassroots community of entrepreneurs in the Queensland regional city of Toowoomba have successfully built a vibrant startup ecosystem.

Startup Toowoomba director and Canvas Co-working space president David Masefield told BIT his desire to build a startup ecosystem in the Darling Downs city came through his own experiences in trying to set up a tech business.

“I went through the process of transitioning my own business from a physical business to an e-commerce business, and relocating from the mid-north coast of NSW to Toowoomba,” Masefield said.

“I had the opportunity to explore via various online startup publications and see what was going around the rest Australia in terms of events, including activities like startup weekends.

“Being in Toowoomba myself, it meant that if I wanted to participate in something, I’d need to travel to places like Adelaide, Melbourne, Sydney or Brisbane.”

While researching startup events, Masefield said he became aware that the regional city of Cairns in far-north Queensland had established a startup community, including a co-working hub, and decided to set up something similar could work in Toowoomba.

“I noticed that Cairns had some stuff going on up there, and I thought ‘well, we need something like that going on in Toowoomba’. We’re a growing regional centre with lots going on in terms of infrastructure projects, so I thought I needed to get something similar happening here,” Masefield said.

Getting everything set up

The first step in the journey was to get a number of early adopters on board to spread the idea of setting up a startup ecosystem. The core group of organisers then began organising a series of startup-related events in Toowoomba.

These included a series of startup weekends, where teams compete over a weekend to create a prototype for a new business product, along with regular monthly startup community meetups.

“It was probably April 2013 that I started knocking on doors around town saying we need to get on and create a startup ecosystem for Toowoomba. November 2014 is when we ran our first startup weekend, during global entrepreneurship week,” Masefield said.

Recognising that co-working spaces are often the central hub of a startup ecosystem, Masefield then spent the next several months organising a co-working trial at a local TAFE school.

It was during this same timeframe that the community was formalised by incorporating a member-run not-for-profit organisation.

“Our co-working space is a not-for-profit and it’s a member-based, member-driven organisation. It launched in June 2015 when we started our trial at the TAFE campus,” Masefield said.

“We ran a six-month trial at the local TAFE, and basically we outgrew the space that was available. So we had to make a decision about whether we would stay small or grow and take on a commercial lease.

“We bit the bullet in December 2015, taking out a commercial lease, and we’ve been running that now for seven months and it’s still continuing grow. Of course, we also kept punching out events and activities on a regular basis.”

Since launching a permanent co-working space, Masefield estimates the number of startups has grown to around 50, including those who either actively using the space or who are engaged through events, workshops and bootcamps.

“Canvas is the name of our co-working space that runs its own series of events to encourage, teach and empower start-ups and entrepreneurs, and help small business. And Start-up Toowoomba continues to run activities that are designed to further develop the startup ecosystem,” Masefield said.

“We encounter a wide variety of different startup ideas, with everything from mums returning to the workforce and deciding to start their own business through to people working in agriculture and the environment sector, drone technologies, e-commerce platforms and people working with local companies to support them going digital.”

One of the businesses formed as a startup weekend late last year, known as Audacious Digital, was recently invited to participate in showcase at the Rise Conference in Hong Kong.

“Earlier this year, they flew to the Rise Conference Hong Kong and set up in the startup alley area there and were very pleasantly surprised at the amount of interest they garnered for the app that they’re developing. They’re currently in discussion with a couple of organisation in regards to potential investment,” Masefield said.

Meanwhile Masefield is considering a number of options to further develop Toowoomba’s startup ecosystem, including setting up an innovation centre similar to the one on the Sunshine Coast, and launching a startup accelerator program.

“The next thing on our agenda here is we’ve begun talks about an innovation centre to attract university students into the centre of town, to bring enterprise and the commercialisation of ideas into the Toowoomba town centre,” Masefield said.

“That will include a multi-function space that has lots of areas for incubating new businesses, modern event spaces and all the facilities you need for a vibrant village-type area. We also have plans for an accelerator program, so it’s a constant move forward.”

According to Masefield, there are three vital steps that cities and communities looking to establish a startup ecosystem need to take. 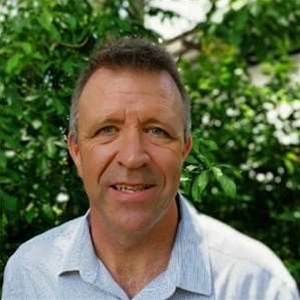 The first is to find a ‘local champion’ who is willing to put in the hard work needed to spearhead the effort, and for them to build a core community of people who will lead the charge.

“You have to find your local champion. You really need a person on the ground who is knocking on the doors, attending local networking functions and is really getting things going,” Masefield said.

“They’re looking for the early adopters who will come along with them for the journey. It’s one thing to have one person knocking on the doors saying ‘this is something we need to get going’, but it’s vitally important to find that a second and third person to support them in carrying that message forward.”

The second step is getting the local council, along with business and community groups, to support the plan.

“If your council is fully on board it’s going to make things easier. If you can utilise their networks and support to carry the message, that will certainly make life easier,” Masefield said.

“There’s no reason why your local chambers of commerce shouldn’t embrace the idea 100 percent. Our local chamber supports startups through a reduced cost of membership for their first year, as well as through referrals.

The third step is to keep the conversations going among the stakeholders – and to identify and implement the next projects that will grow the ecosystem.