How to use intelligent automation to give Microsoft Excel superpowers 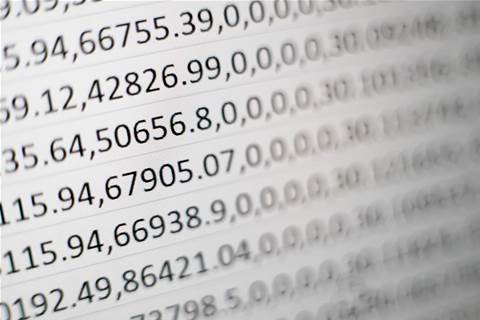 When you integrate intelligent automation with Excel, it’s like Excel suddenly gains superpowers.
Photo by Mika Baumeister on Unsplash

If Microsoft Excel was suddenly shutdown and rendered unavailable, it’s likely the entire planet would suffer a near cataclysmic shutdown.

Almost every business, large and small, depends on Excel to carry out everything from simple number crunching and complex business modelling through to managing huge datasets from disparate sources and complex database operations. I’ve even seen people compose complex documents in Excel.

Excel is the Swiss Army Knife of the business world. While there are better tools for almost every major task that Excel can accomplish, its ubiquity stems from its ability to be almost anything for everyone. But, often businesses and users can get in trouble when they try to make Excel do things that stretch its capability.

1. Getting your data into Excel

Excel was one of the first desktop applications that helped users extract data from external sources. In many cases, this was done by using connectors and macros - Excel’s programming language - to connect to the data source and import the data.

The problem is that the data isn’t ingested into Excel until someone manually opens the spreadsheet. That can take some time. Intelligent automation can change that. Instead of waiting for Excel to load the data, an automated routine can connect to the data source and ingest the data into a spreadsheet - either a new one or add it to an existing file - so that the data is ready for use as soon as the file is opened.

This allows data analysts to get into their work faster and reduces the amount of time they spend waiting for data to load. And these tools can extract, transform and load the data into a spreadsheet without Excel being installed on a machine.

Intelligent automation can make the task of identifying missing data and anomalies far quicker. Automation tools, such as RPA, have exception handling capability baked in. While Excel’s macro language is extremely powerful, error handling can be very challenging.

RPA tools assist automation to handle errors gracefully. Rather than having an entire process abort when it is missing some data, these tools can report the error but continue working. This also helps as errors are flagged quickly allowing your staff to focus on fixing, rather than finding, anomalous data.

It’s rare that all the information you need is in one place. You can use intelligent automation to collect data from multiple sources and bring it together into a single spreadsheet or workbook.

This can be automated so it happens whenever you want so staff can get to work as soon as they open the file rather than having to connect to multiple sources. And, as the automated procedure can be given its own user account with a strong password and other data protections, it means users can get the data they need without exposing entire systems.

When you integrate intelligent automation with Excel, it’s like Excel suddenly gains superpowers. It’s able to securely and quickly access data, tell you when there’s a problem and let your teams focus on high value tasks such as analysis that supports your business decision making rather than waiting around for data to load and then checking if the data you received is the data you wanted.

Leigh Pullen is founder and CEO at CiGen - an Australian specialist in robotic process automation (RPA) and intelligent automation.