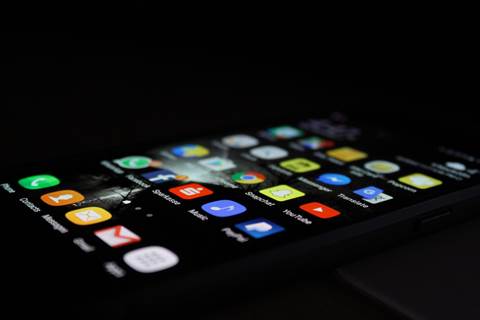 Australian organisations need to look at a new generation of application data platforms.
Photo by Rami Al-zayat on Unsplash

Mobile apps have become so embedded in our lives, it would be hard to do any of our everyday tasks – at work and in our personal lives – without them.

Retailers, banks, insurers, healthcare providers, governments – everyone is investing in developing mobile capabilities in a bid to make services and products more easily available to both employees and citizens, especially as a result of the pandemic.

It’s therefore no surprise that Adjust’s recent Mobile App Trends Report for 2021 found mobile app growth is up by 31 per cent, with significant gains in app installs and sessions in e-commerce, fintech and gaming.

Every brand today wants to have its own app. But as we've all experienced, many of those apps simply don’t cut it when it comes to user experience, connectivity and rich functionalities.

With high app standards set by the likes of Instagram, WhatsApp and Netflix, it’s hard for IT teams to develop apps that will meet user expectations.

So many organisations spend thousands of dollars in developing apps that don’t end up being adopted – they’ll be opened once, and never used again.

Users expect apps to run fast, be reliable, and easy to use. If not, there’s always a multitude of competitor alternatives.

Standing out in the mobile app world is hard - not everyone has Netflix’s development team or budget and building apps 'the right way' is challenging.

But it’s not impossible.

Mobile developers will tell you why most apps suck - it’s usually because of two reasons: either it’s not built to work offline, or it doesn’t sync data in real-time. Let's look at both.

Even a decade on from the rise of smartphones, a good connection is not guaranteed. We can’t assume devices will always be online.

Developers must think offline-first when building an app, with a way to store data on the device so the app can still function when the service drops.

Unfortunately, most apps today use legacy datastores that have not been designed for mobile - many use relational frameworks that aren’t intuitive for developers and slow down deployment.

Developers have to write lines upon lines of custom code. Rows and columns of data need custom mapping code to allow them to run with objects that the developers are working in.

This all impacts the app’s performance — screens take longer to load, and the features become unusable.

Real-time sync powers mobile app features that are now deemed essential to users - think real-time messaging, collaboration, or simply the ability to see where your taxi is in real time.

But again, legacy datastores and do-it-yourself data sync protocols are not fit for purpose and have serious side effects: poor app performance, negative impact on app development and developer productivity, low adoption and retention leading to bad reviews.

They also lack a native, real-time sync solution and are thus unable to sync data between a device and a backend server when a user is online. Users end up seeing inaccurate data in their app, or the app might crash altogether. Data conflicts inevitably emerge, and if they aren’t handled well, users will find data that’s out of date, inaccurate, or lost.

Build great apps without an army of developers

So, what to do? Hire an army of developers? That is one option but it's beyond the means of most of us and, even then, may not solve underlying problems.

We need to focus on empowering developers with a simplified approach that is flexible, intuitive, and mobile-first, so they can focus on building the front-end features users care about, without having to worry about servers.

To do that, Australian organisations need to look at a new generation of application data platforms that include:

This is how organisations today can make apps that don’t suck and empower their developers to build things the right way. Mobile-first technology is the solution to delivering apps that will leave users with a memorable experience, for the right reasons.