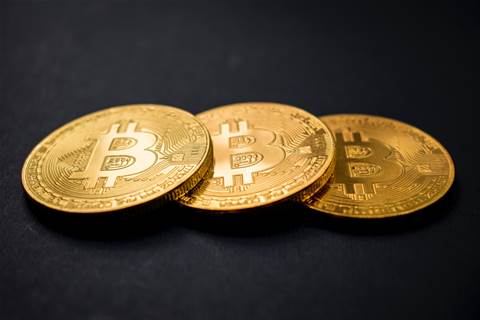 Quantum security technology will have the potential to fast-track how digital assets are secured.
Photo by Dmitry Demidko on Unsplash

Cryptocurrency is on the move and swiftly being adopted, nationally and globally.

While this is an exciting new phase of finance, like with anything digital, cyber attacks pose major security risks for investors and digital asset holders.

Today, advances in technology are the biggest risk for crypto, particularly with the advent of quantum computing, which could break current implementations of cryptography.

While we all know technology is rapidly evolving, the fact is quantum computers do exist.   Multinational technology corporation, IBM have already brought to market their Quantum System One offering and according to the company  “Quantum computers have the potential to solve problems that today’s most powerful supercomputers cannot solve, and never will. In a few short years, there has been an explosion of interest in IBM quantum computing.” IBM’s solution is already adopted in various sectors including  governments, financial services, pharmaceutical, energy, life sciences and more.

It is irrefutable that quantum computers are real and that gain of function and capabilities is rapidly progressing. Quantum computers will have the ability to crack the cryptography of Bitcoin and other popular chain protocols, quantum systems will have the capability to determine patterns in combinations and speeds not currently possible on conventional computing systems. What would take a conventional computer years to crack will take just moments on a quantum system. This is an unacceptable risk to the crypto industry and holders of crypto assets. If the cryptography used to protect these assets is undermined the assets will cease to operate as we know it, losses will be catastrophic and the whole system which relies on cryptography to operate will fail.

Now we know the threat is real, will Bitcoin have an effective solution and be able to react in time? Let’s analyse. It’s taken Bitcoin 12 years to implement its first cryptographic update (proposed in the Taproot update set to take place this month) replacing the crypto's Elliptic Curve Digital Signature Algorithm (ECDSA) cryptography with that of the Schnorr Signature Algorithm (SSA). This however is not really a security upgrade its being done to facilitate speed, privacy and enable smart contracts. One needs to question if it’s taken 12 years for an update, even if time is of the essence (assumedly because the network will be under imminent attack), will Bitcoin be able to scramble together a post (after) quantum solution? Many in the community think it will be to little and too late for a solution to be implement post quantum. Instead, the solution should be proactive not reactive.

So, what is the solution? KAZ identified the major threat posed by quantum computing to the cryptography of Bitcoin early on and worked to develop a solution which uses actual quantum technology to upgrade the cryptography of Bitcoin so that it is quantum secure. The technology uses real quantum phenomena, quantum tunnelling of electrons which are totally unpredictable and entirely random to produce quantum cryptographic keys. If something is truly random it follows that it cannot be reverse engineered and is theoretically impossible to breach. Put simply, quantum keys will be unable to be hacked by any computer system quantum or otherwise. This technology can change the very future of crypto security now and remove the threat posed by quantum computers.

This quantum cryptographic solution and approach is being used by the crypto Quantum Assets on the Binance Smart Chain. They are using the technology to launch Quantum Bitcoin using quantum keys in a bid to ensure the cryptography of Bitcoin remains safe and secure.

Quantum security technology will have the potential to fast-track how digital assets are secured and will be a highly disruptive solution in addressing cryptocurrency vulnerabilities. Watch this space.