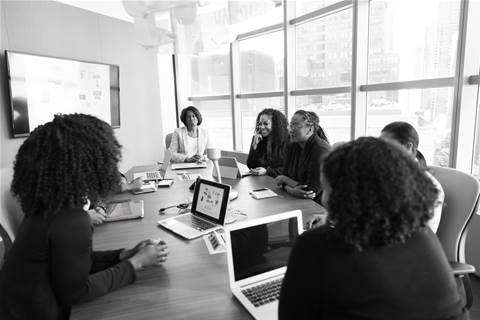 Any woman who has been out of the workforce for a decade might be completely unaware of demand.
Photo by Christina @ wocintechchat.com on Unsplash

Routinely in the media, we see prominent women in IT respond to a number of questions about their roles, how they came to those roles and their views on the industry.

One particular question emerges as quite a common theme, ‘Why do you think it is important to close the gender gap?’

Needless to say, that sentiment is applicable to any facet of IT: whether it be developing an application, or a competitive strategy. To increase diversity, we need to encourage more women to take up careers in IT, and careers in STEM disciplines in general. And we need to make sure they stay and pursue those careers to the limits of their choices and abilities.

Making sure they stay there means ensuring a supportive and healthy workplace culture and creating opportunities for career advancement. Much has been done in recent years to counter the worst manifestations of sexism, discrimination, and sexual harassment in the workplace, but more subtle discriminations remain entrenched.

Australian Women in Security, a magazine recognising women who work or aspire to work in the cyber security industry, have reported common complaints from women who feel they are treated as less able and less knowledgeable than their male counterparts. “In meetings I would make a suggestion and it would get ignored. A few minutes later one of my male colleagues would come up with the same idea and it would be welcomed,” says one individual, which sums up the experiences of many.

Several women also reported one of the best counters to such attitudes was strength in numbers: other women in a team tend to be well aware of such behaviour and will work together to neutralise it, another good reason for greater diversity.

These factors aside, there also remains the challenge of attracting women to careers in STEM, and giving them the career opportunities and job satisfaction to keep them there. Cultural and educational biases still mean that the full STEM potential of Australian girls is not being realised as they leave school and contemplate their future careers.

The government has recognised this. In April 2019 it unveiled its Advancing Women in STEM strategy to increase gender equity in STEM education and careers. This included establishment of The Office of the Women in Stem Ambassador, charged with ‘advocating for girls and women in STEM education and careers, raising awareness and driving cultural and social change for gender equity.’

The traditional path to most higher-level careers is to enrol in a university course and then pursue attractive/available job opportunities. Girls influenced by the government’s STEM strategy might well be tempted to enrol in a university course in a STEM subject, but what about career-changers or women re-entering the workforce who don’t have the luxury of time to complete a multi-year degree, or the ability to work reduced hours while studying?

A university degree has come to be widely regarded as a prerequisite for many employment roles, but there is a growing movement to change this perception, especially in IT. It’s known as ‘degree deflation’. Global Knowledge’s 2020 Skills and Salary Report, based on responses from over 9,500 IT professionals across 159 countries, found a relevant degree to be the main focus of just two per cent of IT managers. Instead, it identified almost unanimous support for shorter, skills-based industry certifications from its respondents, which can be completed in a matter of weeks or months.

A three or four-year university degree is a significant commitment, even for a young school leaver, and comes with a hefty HECS debt at the end. A woman re-entering the workforce after raising children or embarking on a career-change is likely doing so in part to fulfil personal career aspirations and, in many cases, to supplement the family income. A degree is often not feasible in this context, as it results in reduced earning capacity for the individual and doesn’t necessarily result in any better job prospects upon completion.

So, if we want more women in IT, we need to be providing them with as many opportunities to undertake flexible, short courses and certifications as possible, which get them up-to-speed in a matter of weeks or months, rather than several years.

IT Professionals Australia’s ICT Professionals Employment and Remuneration Report 2020-21, found: “Employment prospects for IT graduates remain lukewarm with many IT graduates struggling to find full-time work following graduation and a significant number working in areas not related to their qualification,” and “Employers have also suggested that they struggle to find IT graduates with suitable skills suggesting a mismatch between what is being taught in IT degrees and the needs of industry.”

And in today’s rapidly evolving IT industry, a university curriculum centred on a multi-year degree can never hope to be as up to date as short courses, industry certifications and vendor-training on new technologies.

Rapid industry evolution and technology development also means women looking to re-enter the workforce might be unfamiliar with the roles available. Embarking on short courses enables them to rapidly explore their options — especially newer ones that may not have existed when they left the workforce — and discover their preferences and aptitudes.

For example, one of the most in demand IT roles today are data scientists. Any woman who has been out of the workforce for a decade might be completely unaware of this demand. There are many other skills in high demand that barely existed a decade ago, or even half a decade ago.

Careful choice of the right short courses, especially those leading to a recognised certification, could see a woman restarting a long-abandoned IT career in months rather than the years, or embarking on an entirely new one.