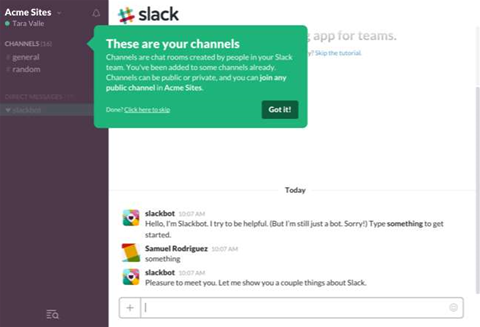 The cloud collaboration app has opened up communications so all staff members feel involved, according to key stakeholders at an online retailer.

For those of you who haven’t heard of Slack, it’s the flavour of the year for team collaboration. It’s popular largely because you can use it for free and it’s so simple. You simply sign up to the cloud application, invite other users and your team can start collaborating via a private Facebook-like app.

Slack can also be integrated with other applications such as Trello and Skype, so that all notifications appear in one place, and you can automate messages with 'bots'. It allows you to set up ‘channels’ for different purposes, such as projects, or you can send private messages.

If you dislike internal emails, Slack could be the answer – and that was one of the reasons why the Nomad restaurant and online wine merchant adopted it at the beginning of 2016.

“I've always loathed internal emails,” said operations manager Daniel Fortescue, in part because of the way it divides employees into groups. He wanted a more transparent environment among different aspects of the business and across the hierarchy.

After considering various collaboration products Nomad chose Slack partly because the others were built into suites designed for technology-oriented companies, but also because Slack made things simple for staff and allowed communication with the least friction.

That simplicity was an important consideration. Nomad director Rebecca Yazbek said the company tried some other products but “they didn't fly with the team”. They were either too difficult to use, or required too much training.

But even though there was a considerable variation in tech skills among the staff, internal emails disappeared almost completely after Fortescue gave a single presentation to explain the use of Slack, she said.

The only real issue was getting people to use the right channel for any particular message, said Yazbek.

Slack is now “the one communications channel everybody uses”, said Fortescue. Its adoption was “an incredibly painless process” and its use is now second nature for employees.

The openness that comes from using Slack helps junior managers feel involved in the company, said Yazbek, as everyone gets their say during discussions. It also helps the business work more seamlessly across departments.

“Now nobody’s got an excuse for not knowing,” she said. “It's a great tool” for internal communications, and “it’s brought the team closer together”.

Both Yazbek and her business partner travel frequently, and find Slack helps them keep up to date with what's happening at Nomad while they are away.

An unexpected though important benefit of Slack is that it lets people process information more efficiently. Fortescue said it means he can very quickly get a view right across the business.

While human communication was the primary objective, “over time we figured out how extensible it is” and now about half the messages are from automated systems such as reservations and customer feedback. Even though Fortescue describes himself as a waiter who is interested in technology rather than a technologist, he didn’t need any outside help to connect Slack with other applications.

“It's really simple,” he said. In some cases it was only necessary to direct email into Slack; for others he used Zapier to connect other web applications to the collaboration system. 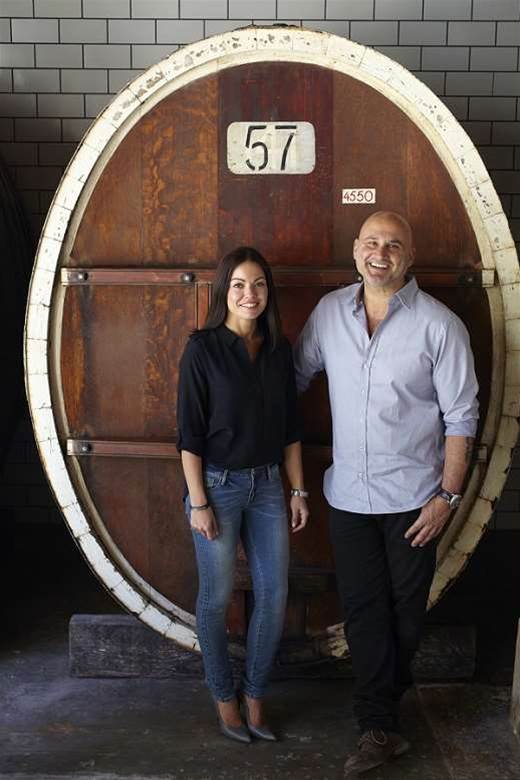 Nomad directors Rebecca and Al Yazbek:
Slack has “brought the team closer together”.

Looking ahead, Fortescue wants to set up a centralised task and project management system, and intends to link that to Slack.

As well as its free plan, Slack offers paid plans, from US$6.67 per active user, for additional features such as unlimited searchable message archives.

Slack has apps for iOS, Android, Mac and Windows, or you can simply use a browser.