How Qld startups are blending food and innovation 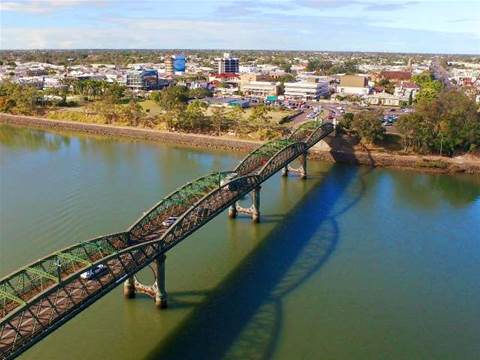 Business people in the Queensland city of Bundaberg are leveraging the regional city’s strengths in agriculture, food production and tourism to build a local startup ecosystem.

In the past year, entrepreneurs in the city have formed a group called Startup Bundaberg, which hosts regular monthly meetings and startup events for local businesspeople.

Through the Bundaberg Business Enterprise Centre, the regional city has recently secured a $30,000 Advance Queensland grant to facilitate a program that will include mentorship for startups and entrepreneurs, as well as workshops and local networking events.

Leading the charge is Bundaberg Regional council economic development officer Andrew Beckenhauer, who told BIT Startup Bundaberg is a loose collective of like-minded technology and business-orientated individuals who see innovation as a key driver for our region.

“We see the importance technology plays and want to use it to make us a productive region. We want to conquer that divide because we’re not a Brisbane, Sydney or Melbourne,” he said.

“So there’s a group of individuals doing their own thing, and a startup group is a way for us to come together to do really great things, get inspired by each other and feed off each other’s energy.”

While Startup Bundaberg is still in its infancy, created over the past year-and-a-half with assistance from the Fire Station 101 Innovation Hub in Ipswich and other startup communities, it has big plans for the future.

After receiving the Advance Queensland grant, the group is now working with Colin Graham from the Innovation Centre Sunshine Coast to develop a calendar of events over the next nine months, including group workshops and one-on-one mentor for select entrepreneurs.

While many of the events are currently hosted either at a local brewery or at Central Queensland University, over the longer term there are hopes of establish a co-working space or innovation centre in Bundaberg, as cities like Toowoomba have done.

“We’ve looked at what Brisbane is doing and what Ipswich is doing in terms of their startup hubs and the community outreach that they’re doing to get their community and entrepreneurs on the right track. And over the past year, we’ve been working on ways we can emulate that,” Beckenhauer said.

An example of the tech startups springing up in Bundaberg is Local Farm Produce, which is an online service that helps consumers, tourists and restaurants source produce directly from local farmers.

“It was officially launched on July 7 – we had our launch event that night – but before that we’ve been working on the website since November of last year. So it’s taken a good six or seven months to get it up and running.

“Now that we’ve built it, we’re getting into building affiliations, networking with farm associations and particularly tourism. We’re now working with them and thinking of ways to really spread the word.”

The new venture draws on Waldock’s experience as a grazier – she previously ran a cattle partnership for five years – but required her to upskill around technology.

“My parents are farmers and I’m a grazier myself, so I understand and I’m pretty well aware of what the challenges would be. A lot of them are time-pressured and time poor because that’s the nature of farming. There’s a lot of things you say you’ll get around to but never do,” Waldock said.

“One of the major challenges is when you’re not tech savvy. You think these ideas up, but to implement them you have to upskill your knowledge on things before you attempt to do anything. So I’ve had a massive learning curve on lots of topics to get to the point I’m at.”

Despite operating for a short time, Waldock said it has already attracted the interest of consumers, with 60 people signing up to her email newsletter at a recent swap meet alone. She is currently working with producers and tourism operators to bring them on board the platform.

“There’s a lot of younger people coming through and a lot of new cafes and interesting boutiques. And there’s a lot more interest to do with food. When it comes to food events and breweries, things are really starting to change in Bundaberg,” she said.

While it currently only covers Queensland, Local Farm Produce has already received interest in the platform from people in other states, and there are plans to launch an app for the service in the future.

“When I started coming up with my idea last year I primarily had to do it by researching on the internet and learning myself. It would have saved me a lot of time if I were able to meet other people in the same space as me.

“I’m methodical and I try to contact any agency, website, business or anyone who can give me information. I contact them – I don’t hesitate. Going to the startup group has helped because that has helped a lot with networking.

“Whether it’s a normal business or technology-based startup, a lot of the work behind the scenes to get it off the ground does take a bit of networking. It not only connects you, you learn from other people and they give you hints.”

Waldock’s advice to anyone considering launching a tech-based business is to just “give it a go”.

“Give it a go – it’s challenging but rewarding. Research as much as you can, learn and upskill your own knowledge as much as you ca. Go to events, network and go to technology workshops, because what you learn from other people is very important.”