How open source is bringing the universe closer 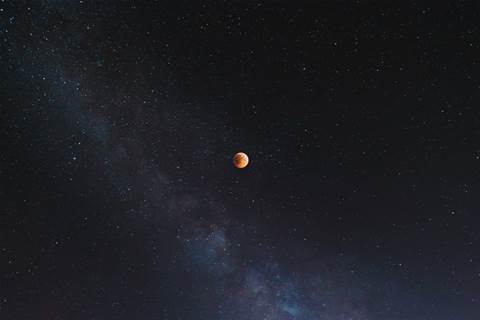 In 2023, NASA will launch its Voltailes Investigating Polar Exploration Rover or ‘VIPER’, which will trek across the moon, searching for water ice to one day be used to make rocket fuel.

More recently, the Ingenuity Mars Helicopter left Earth for Mars in July 2020 - a milestone moment that signalled the first powered flight on another planet. What do these space adventures have in common, beyond the obvious? They were made possible by the power of open source technology.

Open source technology, albeit a complex concept to explain in so many words, is simply put: software whose source code is shared and made available to the public. It’s increasingly being used, and produced, by global tech juggernauts, as well as at the SMB level and is projected to reach USD 66 billion by 2026. Recently, open source has come to the fore, or quite literally to the space, of interplanetary travel.

Some of the world’s foremost space agencies such as NASA have been employing open source technology in R&D projects for almost two decades. Still, as space innovation and exploration ramps up, with the likes of commercial launch providers SpaceX and RocketLabs democratising access to space, the role open source technology plays in bringing the universe closer together is becoming more pertinent.

There are a few key reasons the democratisation of space exploration is increasingly owing itself to the powers of open source technology: open source makes it less expensive, it enables collaboration, fosters endless possibilities and it signals a brighter future.

One of the most immediate thoughts that springs to mind and one of the great barriers to increased space exploration is cost. To build the technology capable of launching into space, ensuring it reaches its destination and completing a complex set of tasks is a pricey exercise. This is made more expensive when using proprietary or closed-source software. Open source on the other hand is a more inexpensive solution, as codes do not need to be built from scratch, saving money and resources, which can in turn be diverted to the final exploration itself.

Open source fosters greater transnational collaboration because it is free and open to others by its very design. The Ingenuity Mars Helicopter, the first powered flight on another planet, which was made possible with open source software including SciPy, Linux and F Prime, was contributed to by as many as 12,000 different developers (GitHub). Open source is a poignant real-life reflection of the saying ‘teamwork makes the dream work’. If software were to be written by an individual or a single company, the results would be slower to be seen. Open source provides an avenue in which people of all backgrounds and locations can impart their skills to address complex problems. It is this diversity which in turn makes almost unfathomable human endeavours, like travelling seven months to the red planet, possible.

Open source technology has already changed the world. The Android operating system, for example, holds almost 73% market share because of its open source nature, with parent company Google making deals to provide the software to various hardware vendors. This comes in stark contrast to biggest competitor Apple with its closed-source IOS system, which has a market share of around 26%.

With the ability to be adopted and worked upon by many, how do these possibilities translate to space? Essentially, it has allowed open source to become recognised as a safe, efficient and cost-effective method of advancing space technology. Several NASA groups are using open source to code robotic intelligence, while other groups are using it to fuel satellite activity. What’s more, as spaceflight continues to get cheaper and collaboration allows technology to proliferate and improve, space exploration will no doubt rely on this technology more and more.

It signals a bright future

Closer to home, Instaclustr has partnered with the University of Canberra to establish open-source software training and certification, as well as research and development. In an attempt to enhance Australia’s job ready skills, this partnership will power individuals' work in the industry, which has the great potential to translate to what the world is doing in space.

Nevertheless, endless possibilities are only as good as what they can do for the human race. This investment in training and R&D only reaffirms our belief that open source technology is paving the way to a brighter future, by allowing us to gain and share greater knowledge and insight into the murky depths of the universe. The tools that we use to explore and observe the universe around us are as critical as the minds that use them. Such has been seen with the invention of the telescope, our understanding of lenses and all the subsequent improvements to telescopes with every one of Galileo Galilei’s iterations. Sharing of knowledge, tools and processes can be a catalyst that greatly expands our understanding of the world and it is open source philosophy that greatly supercharges this sharing.