How much storage do you really need? 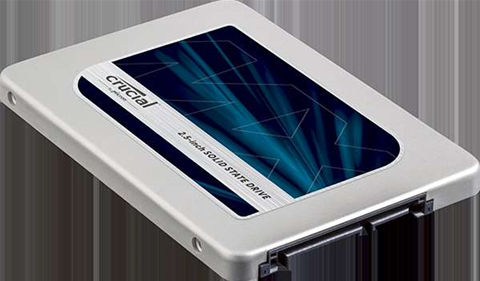 Buying a new system or upgrading an old one? Here are five steps to selecting the right capacity SSD for your needs.

Replacing a traditional hard disk drive with a solid state drive (SSD) can make a remarkable difference to a computer’s performance. That applies when either upgrading an old system or choosing a new computer to buy.

However, while SSDs are getting cheaper, they are still fairly expensive compared to the traditional hard disk drives, so it makes sense to pick the right size.

SSD vendor Crucial has suggested a five-step approach to picking an SSD with the most appropriate capacity. Here’s our annotated version, which could easily to apply to selecting any type of storage for your computer.

1. What's the approximate total capacity (in GB) of your current hard drive?

According to Micron (Crucial's parent company) Asia-Pacific consumer products group marketing manager Mathew Luu, “There are simple ways to find this out. For Windows users, click Start, then click Computer to find out. For Mac system users, click the Apple logo on the left side of the menu bar at the top of the screen, then click About This Mac to find out.”

It’s a little more complicated than that. With Windows 10, it’s probably easier to click on File Explorer in the task bar and then select This PC. Or select Settings from the Start (Windows logo) menu, then System, then Storage. With OS X El Capitan, after opening About This Mac you'll need to select the Storage tab.

2. How many gigabytes are you using on your current hard drive?

You can find that out in the same place as the drive size. Just subtract the figure for free space from the drive size. The result provides a baseline for the size of the new drive.

3. How frequently do you add rich media to your computer?

In other words, how often to you upload photos and videos from your phone, download movies and games, and so on?

Crucial's rule of thumb is that 1GB of storage holds around 83 photos, 74 songs and 4 minutes and 10 seconds of standard-definition video. The point is that media files are relatively large, and take up space in addition to the operating system, applications and other types of files. If the SSD is going to store everything, then the demands of a growing media library must be taken into consideration.

The OS X About This Mac window shows how much space is occupied by different types of file (apps, photos, movies, audio and other). In Windows 10, open Settings from the Start menu, then System, then Storage (as before), then tap on the drive. That presents a more granular analysis than OS X does.

Virtualisation – such as running one operating system within another, such as Windows on OS X – also involves very large files. These files may grow over time, as the virtual machine may have been set up with say a 250GB 'disk' that initially needs just 100GB of physical disk space. As that virtual disk fills, it consumes more space on the SSD or hard drive.

Do remember that most desktops and some notebooks can accommodate more than one drive, in which case you can use the SSD for the operating system, applications and other files where speed of access is important, and keep the old hard drive for those bulky and performance-insensitive media files.

4. Are you a big gamer, or do you use photo editing and video editing a lot?

Keen gamers should understand the importance of hard drives, but photo and video editing also tend to use a lot of system resources including drive space. So all other things being equal, a bigger and faster drive is likely to help those applications.

“The largest capacity drive is always preferable, but if it's not always practical for your budget, why pay for more than you need? Stick to what you can afford and make it work for you,” Luu says.

We’d go along with that. There’s no point forking out for a 1TB SSD if it never becomes more than half full. On the other hand, buying a smaller drive that has to be replaced with a larger model within a year or so because you have run out of space is likely to be a false economy even if drive prices have fallen in that time.