How much does it cost to use the NBN? 14 providers compared including iiNet, Telstra, Internode 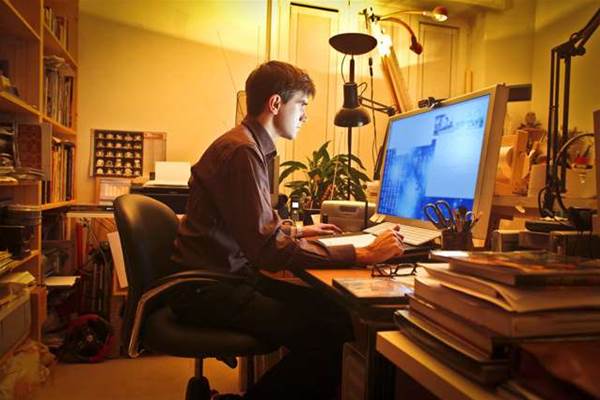 Click to see our table of prices comparing costs and data limits between all the big NBN providers including iiNet, Internode, Telstra, Optus and others. [UPDATED]

Despite the looming election, thousands of people around the country are still being connected to the NBN. So how much will it cost you?

Take a look at our table of NBN plans and prices below. We've just finished updating it and after sorting through dozens of plans we can share some handy observations with you:

What's the cheapest plan on this table?
In our table below, the cheapest NBN plan if your home or business is connected via the NBN fibre optic cable is the $35 plan from Club Telco. That gives you 10GB of data per month at a download speed of 12Mbps download and upload speed of 1Mbps. On the Club Telco web site, it's under the "Bronze" tier of plans. They don't actually list the speed on the site (that we could see), but we called them and they told us Bronze is 12/1Mbps.

What's the most amount of data I can get?
In our table, Exetel wins here - they advertise that data in off-peak period (between 1am and 9am) is unmetered. Mind you, you only get 50GB during regular hours, so if you have huge amounts of data to move around, you'll have to be comfortable with the idea of doing this in the middle of the night.

A special mention to MyNetFone, which advertises much higher data quotas than most of the competition. For their residential plans, you get 1 Terabyte at 100Mbp/40Mbps, compared with 40GB with iiNet. Even their slowest residential plan offers much more than the competition: while it's listed at only 20GB, there's a more expensive option for $49.95 that gives you 120GB.

For business plans, MyNetFone again is a standout. So is a newcomer to our price table, Commander, which offers 1 Terabyte at 100Mbps/40Mbps.

This seems expensive!
When you compare this with what you’re paying now, remember a couple of things: first, you are more likely to get consistent speeds on the NBN. Even for fixed wireless NBN, the NBN Co promises you’ll get “relatively steady” speeds, unlike 3G or 4G wireless broadband. Second, some of these NBN plans have much faster upload speeds than ADSL. Not to mention...

...pay a bit more, get a LOT more data
You might be unimpressed with the amount of data offered with some of these plans. But remember, we're only listing the cheapest plans. We found that with a lot of providers, if you pay a bit more, you can get a lot more data. Take iiNet's residential fibre plans. For $49.95 you only get 40GB at the 12Mbps/1Mbps speed. But pay $10 more, and the quota jumps up to 200GB (split between peak and off-peak).

How do I make phone calls?
Remember, your phone calls will also travel over the NBN. You can keep your copper line telephone service for a while, but eventually it will be decommissioned in areas with the NBN over fibre cable (not in areas with NBN via fixed wireless or satellite).

The prices in the table below don't include phone services, which generally cost extra. Often, you can get your phone service from the same provider you get your Internet from - and it should mean one bill for everything. For example, with iiNet, a VOIP phone service costs an extra $9.95 a month, and local and national calls are free. We also have this article which explains more about your options for making phone calls using the NBN.

Why does Optus not list speed?
Of all the providers we looked at, we found two - Optus and Club Telco - that didn't have any information on their web site (that we could find) listing the speed of their NBN services. Club Telco told us the speeds over the phone. In the case of Optus, while they don't directly quote speeds, we have equated their plans with the NBN speed tiers.

We understand the logic - the speed you get can be different to the speed quoted by your Internet provider. Still, all the other providers we looked at listed the speed of each NBN plan. They just made a point of also explaining that real-world speeds could be less.

Extra costs
Please remember, this is designed to be a general guide to the cost of NBN services. For each speed tier, we have picked the cheapest available plan from each provider. Not all providers are listed. Extra fees and conditions such as setup fees, contract length, peak/off-peak are not shown. All prices correct on 02/04/13, but may have changed. Check with your provider for the latest details.

What about Telstra business plans?
At the time of writing there weren't any NBN plans and pricing for small business listed on the Telstra web site. The Telstra web site states Telstra is "developing a range of innovative NBN-ready solutions designed for businesses – large, medium or small." The site asks businesses to "register their interest."

We also contacted Macquarie Telecom, and were told that the company targets medium to large enterprises and there services tend to be provided on a consultative case basis.

Out of interest, we also contacted satellite broadband specialists SkyMesh about NBN Business-grade services. A spokesperson confirmed for us that SkyMesh provides residential services only.

Faster wireless is coming
Fixed Wireless NBN speeds are expected to increase later this year - up from 12Mbps/1Mbps to 25Mbps/5Mbps. We found one provider below is already listing 25/5Mbps plans on their web site - SkyMesh. If your only option for getting the NBN is via satellite, you are currently limited to 6Mbps/1Mbps. Faster speeds (25Mbps/5Mbps) are expected, but that's not for a couple of years.

Now, here is the comparison table of NBN prices:

* While Optus doesn’t directly quote speeds, we have equated their plans with the NBN speed tiers.