How long-term relationships helped a startup gain $1.3 million in funding 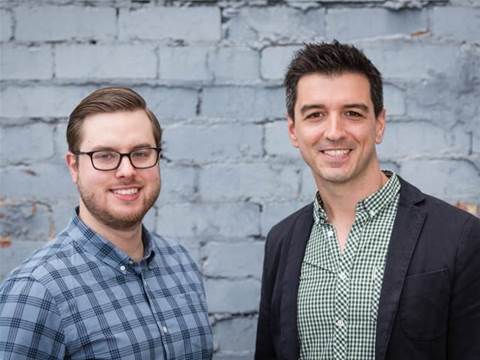 A Melbourne tech entrepreneur who recently closed a big funding round says it’s important to start early when reaching out to potential investors.

It’s important to think long term and reach out to investors long before you begin raising funding for your tech startup, according to a Melbourne entrepreneur who recently closed a million-dollar funding round.

Also participating in the round was Giant Leap Fund, which is a new fund backed by Impact Investment Group.

The service offers online ordering and same day delivery for local supermarkets and grocery stores across Melbourne and Sydney through independently owned IGA and Foodworks supermarkets, as well as local butchers, delicatessens, greengrocers and bakers.

Since launching in 2013, it has fulfilled more than 80,000 orders from its network of 150 shops, which includes the Queen Vic Market, Prahran Market, South Melbourne Market and the Pyrmont Fishmarkets.

“We make it easier for people to buy from their favourite local shops and get it all delivered at the same time. We’re delivering to about 60 percent of metro Melbourne and we recently began delivering to Sydney,” YourGrocer co-founder Morgan Ranieri told BIT.

“The thing we do really well is fresh produce, and people come to us because we deliver the best fresh produce from local shops that do it best, and we also do a lot of groceries now as well.

“A lot of people see the need for a product like ours as an alternative to Coles and Woollies, and a lot of people believe in the vision. So it’s an awesome product and a great network of supporters, including investors and team.”

According to Ranieri, it is important to build a minimum viable product that has traction in the marketplace before you begin looking for external investment.

His comments echo those of leading Australian angel investor Jeffrey Tobias, who recently told BIT that given the risks investors face, having a scalable and repeatable business model with traction in the market is always a big plus.

“Build a great product – or at least show some kind of validation and traction. Unless you’ve got an amazing track record and everything you touch turns to gold – which is not most of us – you need to show some proof that you have done it or you can do it,” Ranieri said.

There can be a temptation to be impatient when you first start a business and to try to “do everything right now” without thinking about the longer term.

However, Ranieri cautions that because of the risks investors face, it can take six to 12 months from when you meet someone to when they actually decide to invest.

Because of this, it is crucial to build relationships with people who might invest in one or two years’ time, rather than just in the short-term.

“Be aware it takes a while. The average VC relationship last longer than the average marriage, so it can be quite the process getting an investor on board and getting them to trust you enough to invest money in your business,” Ranieri said.

“[When] meeting investors, make sure everyone you meet you treat well because it’s a small ecosystem in Australia. Everybody talks and everyone gets to know you.”

Especially if you’re a first-time entrepreneur, it is important to seek out your local startup or innovation hub and regularly attend events in order to build up a network of contacts.

“The events definitely play a part in building your network. Unless you go along to a lot of community events, you don’t meet people who then know the people who you want to meet,” Ranieri said.

“Going to events definitely helps, particularly if you’re someone like me who didn’t have a great tech or investor network three years ago and now I have a pretty good one.

“Startup Victoria is the main source of my network and allowed me to build a good network fairly quickly. If you go back five years ago before Startup Vic was around, you wouldn’t be able to do that as easily.”

Once you have built a network of solid technology and business contacts, you can leverage it to reach out to potential investors.

“Usually, you make a list of the top 10, 20 or 30 people you want to meet and you think would be a good fit for your business, and then reach out to them one by one through a warm mutual connection,” Ranieri said.

“That way, you’re not coming out of the blue but you’re coming through someone who can give you a bit of credibility. And then you try to pique their interest and get them to try to want to learn more.”

Looking to launch a new startup or preparing to raise capital? Be sure to check out our plain English guide to startup jargon along with these nine tips from a leading Australian angel investor.