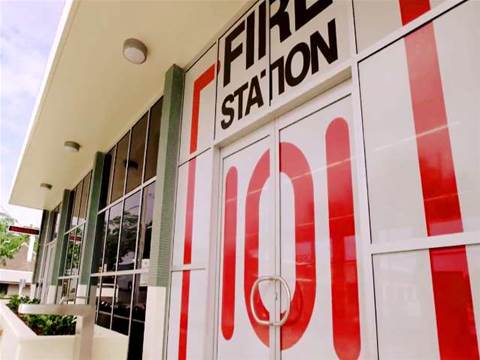 The Ipswich City Council’s tech hub in Queensland could an example for other communities to follow.

Across Australia, a growing number of cities, towns and suburbs are leveraging tech startup innovation to give their local economy a boost. But how they’re going about it varies enormously from one community to the next.

In some cases, for example Canvas Coworking in Toowoomba, SouthStart in Adelaide and Enterprize in Tasmania, these efforts are run by grassroots community groups. The argument, set out by Brad Feld in the Boulder thesis, is that the ecosystem needs to be led by grassroots entrepreneurs.

At the other end of the spectrum, some innovation projects, such as the Tonsley precinct, are being driven by state government investment, while a growing number of universities have created their own innovation or commercialisation hubs. The benefit of this model is access to resources.

But what if it were possible to find a middle path that blends local control with the resources that come from a larger organisation?

That’s what Ipswich City Council in Queensland has attempted to do with Fire Station 101, which is built on the belief that local governments are best placed to deliver both resources and local know-how to local entrepreneurs.

Inside the fire station

Fire Station 101 opened on March 8 with around 18 members, and has since grown to more than 50 members.

"We know that, particularly within regional areas, digital revolution and technology is driving a lot of change, and local leadership in the area is required. Councils are in an ideal position to help regions become resilient for that change moving forward. Ipswich City Council recognise that.”

The process of setting up the hub took seven to nine months, including purchasing a location, doing the retrofit, and hiring Renando to run it. Along the way, Ipswich council looked at both other Queensland hubs, such as River City Labs and Canvas in Toowoomba, as well as international best practice.

"Part of that was learning how it's done. We did an international study tour to Chicago and Japan to identify and get a feel for how other places are doing it. So when they did start it, they could draw on the wisdom of how other places were doing these kinds of things,” Renando said.

"And then also because you have alignment between the mayor and CEO of Ipswich, driving from an economic outcomes perspective. Because they know an innovation hub is critical to driving jobs and growth, and driving the new jobs in the region that haven’t even been thought of yet.”

Since its launch, Renando said Fire Station 101 has offered entrepreneurs two to three events a week, along with business mentoring targeted at getting startups ready to pitch to investors, and is now looking to get an accelerator in place.

“The main thing we do is bring together the ecosystem. And in doing that, we’re very intentional about aligning the other members, the mentors, the investors, the corporate partners the volunteers and interns, and then creating strong ties to the local university in the region,” Renando said.

“The events range from one-on-one sessions on lean startup, business model canvas, and taxes through to technology-focused sessions on VR, big data, open data and IoT. And finally what we call ‘communities of practice’, where we bring in thought leaders from communities like health, the arts, disabilities, small business, large corporate, and more."

“We get those thought leaders on a panel and ask them what the opportunities and challenges are, and we run those sessions every other month. Someone in the audience will raise their hand and say ‘I want to be part of that solution’, and we’ve just created a new entrepreneur.”

“Really, there is a vast diversity. If anything can characterise what we do outside those three areas, it is the diversity of what we see coming in, from the older generation coming in and giving it a go to young people still living at home taking advantage of what the technology offers,” he said.

The Fire Station 101 model has already attracted the attention of more than 15 to 20 local councils, from Bundaberg to Byron Bay.

“Over the past six months, I’ve spoken to maybe 15 or 20 different representatives from different councils. That’s everything from driving down to Byron Bay and having a conversation with them to having people come up here to visit,” Renando said.

“As for the conversations I’ve been having with a lot of councils, I think they will get there, and it’s a conversation that needs to be had.”

Renando argues that running startup hubs under the auspices of a local council “is one of the most effective models” because “local government is the one that gets the benefit from these hubs”.

“Because local councils get the benefit from it, they’re in a prime position to invest in it. And as far as leverage goes, they are able to leverage and gain access to all aspects of the community. And for a startup coming here, to say that the council is one of their first customers is a huge advantage.”

Another important benefit, according to Renando, is that it helps to build up the economic resiliency of a community.

“So rather than let it happen, you need to invest in innovation now so that when the disruption happens – and we know that 50 percent of all jobs are going away in the next 20 years – we know it’s happening.

“Local council can take a leadership role and invest in that so your community is resilient and ready.”

Four tips for other communities

Renando has four tips for anyone looking to follow in Fire Station 101’s footsteps: