How Australian startups are prepping for their ‘breakout moment’ 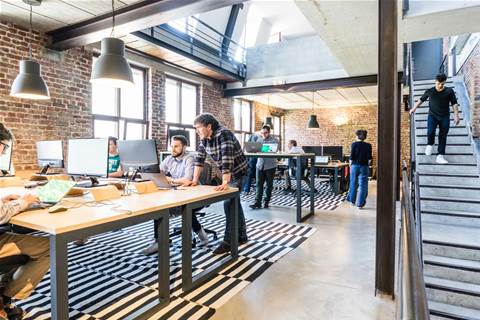 When you’re a tech startup with a relatively small team, you need tech that will amplify your efforts.
Photo by Proxyclick Visitor Management System on Unsplash

Almost every startup has dreams of success and of scaling up, but how many are ready to cost-effectively make that leap.

The pursuit of a high-growth business is not for the faint of heart. CBInsights, which analyses the “goodbye letters” of failed startups, found most simply ran out of money in chasing their dream.

Still, that does not dent the constant influx of new startups hoping to disrupt a market and achieve the fabled ‘hockey stick’ growth curve.

A decade ago, fewer than five percent of Australian startups managed to scale up into sustainable, global businesses.

These days, however, these kinds of growth rates are more achievable because there is considerably more financial, strategic and technological support available. A good idea can be platformed for a relatively small initial outlay, and international customers and markets can be targeted right from a startup’s inception.

One of the things to come out of research is the importance of startups harbouring these kinds of scaleup ambitions.

“Growing new ventures to a global scale is vitally important for the development of Australia’s entrepreneurial ecosystems,” the United States Studies Centre at the University of Sydney notes.  “Over the past 10 years at least 100 Australian start-ups have entered and built sustainable businesses in the US market. Many — like Atlassian, 99designs and Deputy — have been immensely successful.”

Startup founders understand this. It would be hard today to find a founder that does not aspire to achieve a ‘breakout moment’ for their business, the start of that hockey stick curve and their official transition from startup to scaleup.

However, startups and even established businesses often find rapid growth or unusual usage peaks difficult or costly to prepare for and then meet.

While web- and cloud-based platforms that incubate startup ecosystems have resources at the ready to throw at businesses that suddenly hit scale, it can be challenging to cost-effectively architect for and manage the demands that rapid upticks in new users place on digital infrastructure while delivering the same experience securely.

It added four million new users In the first three months of 2021with sign-ups peaking at around 43,000 per day.

These kinds of spikes, while highly sought-after, are still unpredictable in their timing and resource-intensiveness. “Selena Gomez might join the platform, then [Metallica], and that sets off a cascade of new users that you just can’t predict,” Linktree’s Head of Engineering Bradley Shawyer said.

Evolving consumer and market conditions created Linktree’s scaleup moment of truth, and they were ready for it.

What enabled Linktree to scale when they needed to was access to an edge cloud platform and web application security services that kept their services online and available, despite the sudden influx of interest.

Linktree are also essentially repeating a model that has worked well for startups in other geographies worldwide, which has underpinned a number of now household-name startups like Shopify and Stripe that have achieved their own scaleup ambitions over the past decade.

When you’re a tech startup with a relatively small team, you need tech that will amplify your efforts to launch fast and grow faster.

You also want to be able to manage your own breakout moment, without having to call in an external cavalry, and so access to out-of-the-box assistance to optimise applications at the edge is also valuable.

Linktree’s move to Fastly’s edge cloud platform and next-gen web application firewall (WAF) empowered them to boost uptime to 99.999%, have more traffic at the edge, and deliver services reliably with low latency globally.

The combination allowed Linktree to easily and effortlessly keep pace with the huge surge in interest and demand that signalled the arrival of its ‘breakout moment’, it’s time in the spotlight, while quickly recognising and blocking illegitimate bot-like account sign-up bids, ensuring the traffic that got through to its sign-up servers was real.

As Macquarie notes, “Fast-growing and agile startups challenge convention, practice customer centricity and create valuable new ecosystems.” As Australian entrepreneurs continue to chase success with their startups, it’s more important than ever for the infrastructure to be ready and waiting for the next generation of startups to be gripped by success.