How a travel agency converts visitors into buyers, with help from web videos 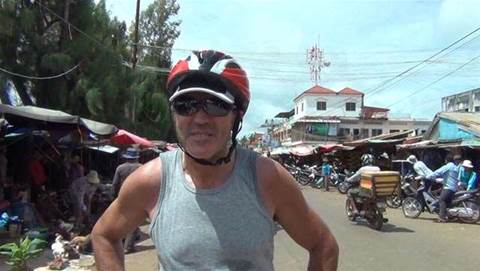 Using an HD camera and Youtube, Australian travel agency ecruising.travel claims video is helping get customers over the line.

When you are selling products valued at $10,000 or more, it is natural for clients to want to take a good look at what they are getting.

But when you’re selling luxury cruise and destination holidays, a few words and snapshots just aren’t enough for some buyers.

Travel agent Brett Dudley found the solution in 2008 when he picked up his video camera.

Dudley is the owner of ecruising.travel, a cruise holiday specialist that he started in 2000 and which sells exclusively over the Internet. Today he claims it is one of the most successful cruise specialists in Australia, with a team of 20 people operating from central Sydney, and another office in Hong Kong.

“Back in 2000 people said no one would ever buy a cruise holiday off an Internet-based company,” Dudley says. “And here we are 13 years later as someone who has revolutionised how people buy a cruise holiday, and one of the most recognised cruise travel brands in the country.”

One of the keys to that success has been the use of short online videos to convey what the company’s holiday experiences are like.

This includes footage from the ship operators as well video shot by Dudley at the tours' destinations. The ‘ECtv’ pages on the company’s website feature videos of everything from the mating dance of the Blue-footed booby in the Galapagos Islands to balloon safaris in Africa, and even a video of Dudley in the rooftop infinity pool at Singapore’s Marina Bay Sands complex shot soon after it opened.

The site also makes extensive use of video provided by travel suppliers, such as the cruise lines, at no cost to ecruising.travel.

The videos are hosted free-of-charge on YouTube and posted to the ECtv pages on the company’s website.

Most of the videos are shot by Dudley, using a Nikon D300s camera that he originally purchased for taking still photographs, but which proved to have a suitable high-definition video capability.

More recently he invested in a smaller $250 HD video camera. Normally the videos are loaded straight up to YouTube, with the whole process taking minutes.

“If we need to edit it, it takes a bit longer, but if the raw video is pretty good we just upload it to YouTube and into our database,” Dudley says. 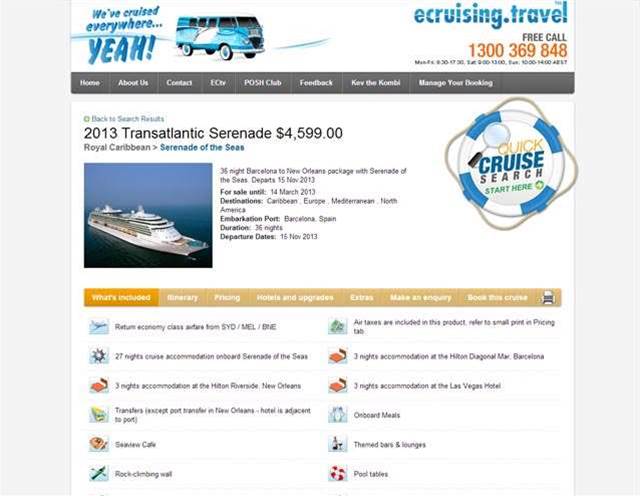 The videos are effective at driving traffic to the ecruising.travel web site and also help  his sales consultants convert customers for his company’s high-end tours.

“The power of having these videos of the destinations, plus also having testimonials from clients and well known people, really helps us sell these products,” Dudley says.

Dudley says that tweaking a customer’s interest means finding topics that are different to what people might normally see. But because the cost of capturing and uploading footage is minimal if you're using Dudley's approach,  the pitfalls from filming just about anything are pretty much zero.

“You can never know what’s going to be great and what’s not, but what we have done is try to keep them fairly short and interesting,” Dudley says.

Importantly, the use of video has enabled Dudley to reduce the amount of money that he spends on marketing.

Ecruising.travel stopped producing paper brochures in 2007, and only spends a small amount on print advertising, with most bookings driven by the company’s web site and its video content.

“We are all about spending less money on paper advertising and spending more money on this sort of thing,” Dudley says.

“We’ve got a trip going to Africa in April and some of those people have paid $80,000 without us producing a print brochure. Our online brochure has all the videos from last year, so people can actually see what experiences people had last year while they were in Africa, with the lions and the balloon ride.”

Dudley is now considering producing regular ecruising.travel video content on a weekly basis as a form of video blog, and may improve the audio quality by using a better microphone. But he says to date no one has complained about the quality presented.

With the success that Dudley has had using online video, he jokes that he is not keen for other tourism operators to catch on. That said, he wouldn’t do without it.

Has online video helped your business? Add your comment below.