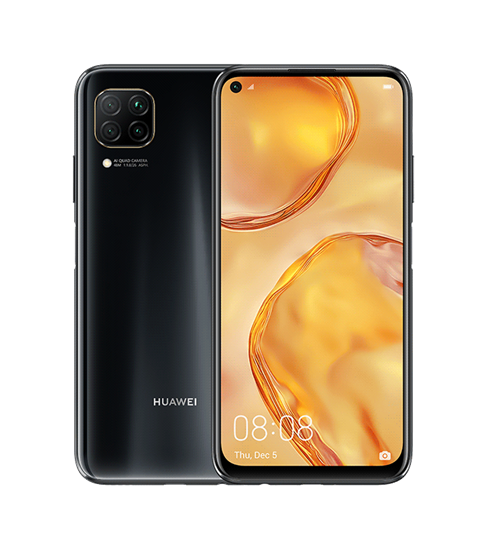 The Huawei Nova 7i is only available in 'Midnight Black' in Australia.

Does a slashed price tag make it worth living without Google?

We recently reviewed the Huawei Mate 40 Pro and lamented how the great hardware and up-and-coming software was smothered by an astronomical price. Now here’s the budget-friendly, Huawei Nova 7i which can be had for just $398. Is it worth buying?

Since Huawei got banned from working with Google, it’s had to make Android phones without Google Services and this has (naturally) been an issue. However, it’s not unworkable and the combination of Huawei’s own AppGallery and Petal Search enable you to easily install many apps without the help of Google. If a key app is not available it lets you pin their mobile site to your home screen to then use like an app. It actually works rather well. However, a major issue is that it’s often hard to identify good apps in a sea of (dubious looking) chaff – simply finding a working PDF reader and a QR code reader proved challenging for us. Still, things are improving and this was an issue that plagued the Android app store in the early days.

While the likes of Facebook and Twitter are all easy to install and use, you’ll find many apps still have roots in Google Services that you might not have known about – especially games. Nonetheless, the ecosystem is not unusable and is evolving at a more impressive rate than Microsoft’s Windows phones ever did... before they died.

The Huawei Nova 7i is a good-looking phone for the price.
Newsletter Signup

The email app worked well for operating all of our different work and personal email accounts. Text messaging wasn’t an issue and SWIFT keyboard is also popular on regular Android devices. Ultimately, for most day-to-day functions it worked fine.

Even the camera is good with three rear lenses plus a depth camera for more accurate and quicker focusing. It works well in low light too although can’t match Huawei’s all-conquering top-end camera-phone cameras. The selfie camera records Full HD video which will please the InstaTok crowd. It also uses multi-image stacking to produce sharp portraits in low light.

The 4,200mAh battery is large and easily lasts a full day. Fast charging enables it to charge to 70 per cent in 30 minutes too. We found the side-mounted fingerprint reader comfortable and fast for unlocking although the face-recognition unlocking was good too. It comes with dual-SIM functionality and one slot can be replaced with a Huawei nm media card which is a marginally-smaller, proprietary microSD card at some 5x the price, unfortunately.

The Kirin 810 chipset with octa-core processor and Mali-G52 MP6 GPU ran all the apps and games we tried very smoothly. They all looked good on the Full HD, IPS screen which is bright and colourful. However, audio sounded pretty rough at high levels.

One area that really caused issues though, was with navigating and voice control. Google Maps, Android Auto, voice recognition and live traffic (and choosing music) are superb for helping out when driving and not touching your phone. Contrast this to Petal maps whose route choice was often questionable, whose instructions weren’t clear, which frequently asked us to do a u-turn on a dual carriageway and, when we missed those, took so long to re-compute a new route that we’d driven past the next recommended exit road. It will get you where you're going but in a frustrating way.

On top of this, we’d got used to using Google Pay and ID tools to the point where we no longer needed to carry a wallet. That’s mostly gone now. While our Service NSW app allowed us to check-in to places via QR codes, once it started asking for updates we couldn’t access the network – nor easily update it. Living without YouTube also became an issue.

Nonetheless, at $398 there’s lots to like. Avoid it if you rely on Android when driving but if you want a phone for key apps, photography and general work-and-play communications, it’s a decent buy.