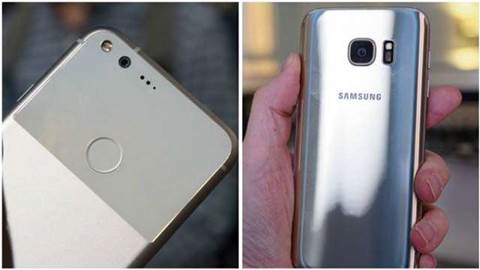 How Google's new phone compares with the iPhone 7

As we said in our review of the iPhone 7, it’s one of the best smartphones you can buy right now, but it's about to face some serious competition from the Pixel.

Because the Pixel's hardware and software are designed by Google, it's bound to offer the best Android experience you can get right now – and that's also why it's the perfect phone to compare to Apple's iPhone 7. 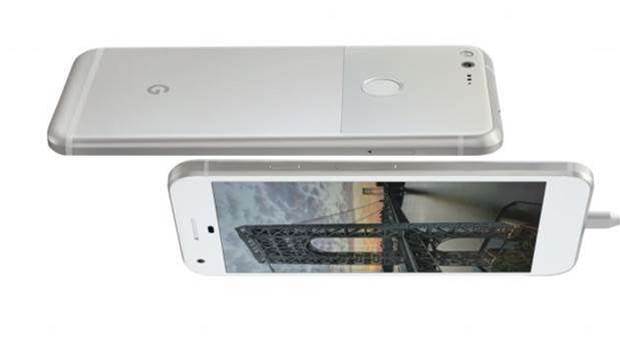 So which phone and operating system should you go with? iOS or Android, Apple or Google? In this article we'll compare the Google Pixel and the iPhone 7's features, specs and much more, so you can work out which phone to buy in 2016.

As with most smartphones nowadays, the Google Pixel is constructed from a blend of glass and metal – and it looks great. Although it shows a striking resemblance to the iPhone 7, Google's design does have some pretty unique features. For example, while the front of the handset is glass, the rear of the device is one-third gloss and two-thirds matte. It's a unique look that's smart and different – but it is a magnet for fingerprints. The Google Pixel measures 143 x 69.5 x 7.3mm, and is available in silver and black.

If you've held an iPhone 6 or iPhone 6s, you pretty much know what to expect from the iPhone 7. Apple has changed very little on the outside of the iPhone 7, and that's no bad thing, because it's still one of the best-looking phones you can buy. This time around, Apple has given us more choice when it comes to finishes, so you can get your iPhone 7 in Rose Gold, Gold, Silver, Matte Black or the hard-to-find Jet Black finish. Apple's new smartphone measures 138.3 x 67.1 x 7.1mm, so it's slightly smaller than the Google Pixel – but it does have a smaller screen.

The Google Pixel uses a camera pretty similar to the one in Google's last-generation flagships, the Nexus 5X and 6P. It's a 12.3-megapixel sensor with an f/2.0 aperture, phase detection and laser autofocus, and has 1.55um pixels. However, Google has added advanced image stabilisation, so you should be able to get better videos out of Google's smartphone than before.

The iPhone 7 gets an upgraded camera over its predecessor, too. Apple has given the new iPhone a 12-megapixel sensor, optical image stabilisation, a brighter f/1.8 aperture and a quad-LED flash, so it's much better in low-light conditions than it used to be.

While the iPhone 7's camera is an improvement over the one in the iPhone 6s, we found it to be somewhat less impressive than its specs suggested. Furthermore, Google has already stated that the Google Pixel gets a DxOMark Mobile score of 89, making it better than the iPhone 7's score of 86.

The Google Pixel has an onscreen home button, while Google has tucked the Pixel's fingerprint reader onto the rear of the handset. In contrast, Apple has combined the two features into a button on the front of the iPhone 7. 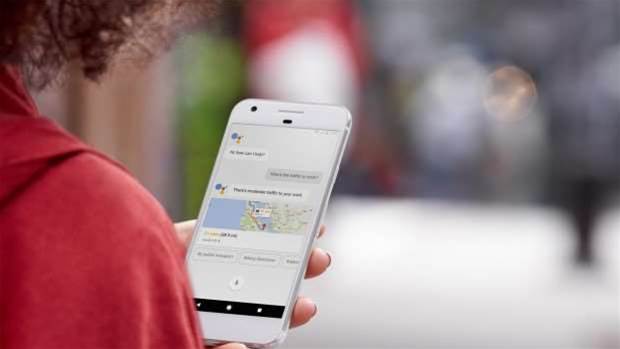 In reality, though, it's not a button at all: Apple has made the new home button pressure-sensitive but non-mechanical. To maintain the illusion of a physical, moving button, the new iPhone uses haptic feedback to give the impression of a click.

Both the Google Pixel and iPhone 7 miss out at least one feature you'd expect to see on a smartphone in 2016. The Google Pixel features a headphone jack, and the iPhone 7 famously doesn't – but the Pixel isn't water-resistant, and the iPhone 7 is. The omission of either of these features is pretty strange, and although they're not as essential as people claim them to be, we'd have liked to see both phones with a headphone jack and water resistance.

Google's Pixel is the first phone to come with Google Assistant built in. Simply put, this is an AI assistant that can help you with a range of tasks, from finding out the weather to searching for photos – or even translating languages.

As you'd expect, the iPhone 7 comes with the latest version of Siri, one of the first types of digital assistant on the market. Like Google Assistant, Siri lets you check things such as Premier League and the weather, and allows you to send texts hands-free.

The Google Pixel comes with a 5in AMOLED screen which displays 441 pixels per inch (PPI). Apple's iPhone 7 uses a slightly smaller 4.7in Retina HD display with a pixel density of 326ppi. Although the iPhone 7 uses an LED screen rather than an OLED one, we found it performed well when compared to the Samsung Galaxy S7's class-leading screen. That means the Pixel and the iPhone 7 screens should be evenly matched.

Google has managed to fit in a quad-core Snapdragon 821 processor, while Apple's iPhone 7 uses an A10 Fusion processor. Although we haven't compared the two head to head yet, several reports are already saying the iPhone 7 might just have the edge. 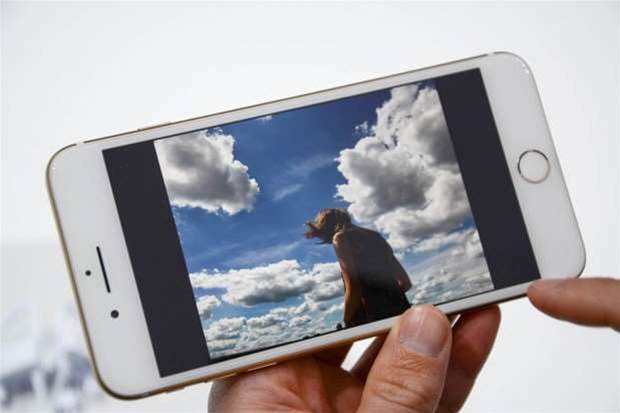 However, when buying on a plan, the Pixel suffers from being a Telstra exclusive, with the cheapest plan $85 per month (for 1GB of data). By comparison, the iPhone 7 is available on all major carriers and its cheapest 1GB plan is $66 per month (from Virgin).

The price of the Telstra plan may come down in the future – and the exclusivity deal may have a time limit – but the greater choice of available plans is likely to favour the Apple phone for the foreseeable future.

And as most people buy premium phones like these on plans, it’s difficult to see how the Pixel is going to lure away many long-time Apple smartphone users.

That said, based on our initial assessment, these phones are very evenly matched. And if Apple’s decision to ditch the headphone jack has put you off the iPhone 7, it may pay to wait for our full review of the Pixel before making a final decision.