Gaining momentum on our net-zero goal is vital 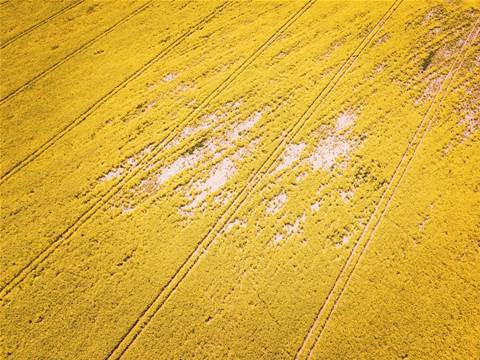 When the Federal Government handed down its 2021-22 Budget, Australia’s agriculture industry was well recognised.

However, while $2.2 billion was going to be invested to support Australia’s farmers, a major conservation group has since claimed spending on the environment and climate represented less than one per cent of the allocated budget.

Australia's climate has warmed an average of 1.44 ± 0.24 °C since national records began in 1910 and this doesn’t seem to be slowing down. Climate change isn't a distant threat — it's here, and its effects on our rural, regional, and even urban communities are very real.

Unfortunately, Australia is just now starting to plan how it will meet and beat the 2030 Paris target. It’s vital to consider how each sector slots into this and the role it can play in supporting a more sustainable future. While it has previously been suggested that agriculture should be exempt from our proposed 2050 net-zero emissions target, with the industry currently accounting for 14 per cent of global greenhouse gas emissions (GHG) combined with the potential for net neutrality through carbon sequestration, it’s evident that agriculture can play a huge role in the solution we so badly need.

Here, I delve into agriculture’s role in our 2030 Paris target and how we can facilitate change to make a real difference.

The role of innovative technologies

In its recent Federal Budget, the Government pledged to lower emissions to tackle climate change using Australia's Technology Investment Roadmap to create jobs, cut energy costs, and reduce emissions. The plan includes an investment of $565.8 million to establish international partnerships on practical low emissions projects, $275.5 million to support up to four additional hydrogen hubs, $263.7 million to accelerate the development of Carbon Capture Use and Storage and $59.6 million to support a National Soil Carbon Innovation Challenge and trial new agricultural feed technologies that reduce emissions from livestock.

While this is a welcome move, more is needed - and fast - if we are to make a real dent. As an example, with the help of data-driven technology used to forecast future seasons and soil nutrition, farmers can already pursue regenerative practices that will cut down on chemical use and offset their carbon emissions through carbon credits. This approach can help farmers develop techniques to store carbon and reduce greenhouse gas emissions. It’s a simple technique but can have a huge impact instantaneously if used correctly.

We’re starting to see the Government and businesses back the role of innovative technology in our net-zero goal. As an example, in January, the CEFC, Clean Energy Finance Corporation, committed $5 million to support AgriWebb capitalise on its potential to drive down emissions from the agriculture sector - a huge step in the right direction for the backing of technology.

Through an encouraged and incentivised proliferation of technology and operational practices, agriculture can become sustainably and demonstrably carbon negative but a wider adoption of technology is desperately needed first.

According to the Climate Council, the recent budget was a big failure for climate action, with nothing new allocated to support the government’s overall plan to get Australia to net-zero emissions. If real change is going to be made, Government support is absolutely crucial.

As an example, Australia's vast land could be utilised to absorb carbon from the atmosphere through agricultural, forestry, and other land-use projects. By cultivating grasslands and shrublands, as well as other ways of storing carbon in the soil, our farmers could generate valuable carbon credit units which could be traded with international markets. Already some Australian farmers are generating carbon credit units that are being purchased by Australian businesses and governments that want or need to offset their emissions but we need to see the active roll-out of more such initiatives.

As it stands, the future of agriculture, and in fact, all industries will undoubtedly be hindered unless we solve the carbon emissions issue and tackle it head-on. With governments worldwide setting targets to achieve net-zero carbon emissions, we first need to follow suit. The next challenge is about ensuring farmers maintain the profitability and productivity of their operations while also pursuing sustainable and carbon-friendly practices.

Through data-driven decision-making, research, and Government incentives, farmers can adopt techniques to store more carbon and reduce greenhouse gas emissions. Such strategies will play a vital role in creating a more sustainable future for us, and our land.