From Foe to Friend: Why we need a human versus robot mindset shift 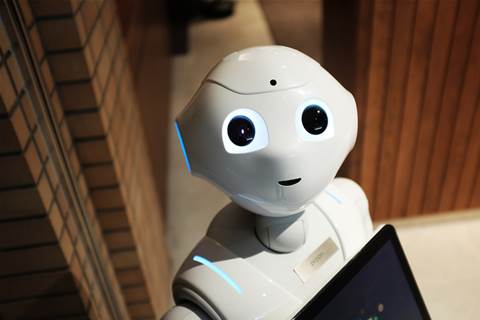 Technology has a long history of eliminating drudgery.
Photo by Alex Knight on Unsplash

Humans versus robots. Us versus them.

The growing use of software-based robots to help with tasks that don’t need human intelligence or are so dull-they-are-demotivating, brought with it a fear among some employees that they’ll be replaced. While it’s easy to understand where these negative feelings come from, it’s time to redefine the relationship and turn the battle into a partnership. It’s time to see robots for what they have the potential to be — friend, not foe.

Because in situations where humans and digital workforces work together, there’s an opportunity to achieve greater efficiencies, increased revenue, and — contrary to current perceptions — more satisfied and productive employees. In fact, according to research conducted by Forrester on behalf of Kofax, 56 per cent of Australian employees believe that the technology they use automates menial tasks for them.

While the results of automation can often speak for themselves, organisations looking to realise these gains can aid their cause by adopting a new perspective when it comes to how robots and automation are seen within organisations. It all starts with changing the conversation.

Companies rebrand all the time. While we typically think of a new name (remember when Rebel dropped the “Sport”?) or a new logo and image (Uber), there’s no reason organisations can’t rebrand an internal process like automation.

But it’s not just about the technology. To move to the next level of maturity and unlock the full potential of intelligent automation, organisations must change the conversation. It’s no longer about striking the right balance between humans and robots or taking a “human versus robot” mentality. Future-ready companies put humans at the forefront. This rebranding of automation as “human-assisted automation” enables employees to drive creativity and guide the systems in continuous learning, creating what Deloitte has referred to as “superteams.”

One of the first steps in this rebranding effort is to assess the impact of intelligent automation on your people. Have their tasks and daily routines changed? Deloitte discovered 58 per cent of organisations implementing and scaling automation have failed to conduct this type of analysis, so there’s work to be done. Companies should focus on honing skills like critical thinking and creativity among their people—skills that are uniquely human and can’t be performed by a robot. People then become the main actor on the stage with technology playing a supporting role.

Superteams to the rescue

There are a range of business units where these human-robot ‘superteams’ can pay dividends for organisations and their people. Take Accounts Payable (AP). Few, if any, accountants would pine for the days when their jobs involved shuffling actual pieces of paper from the in-tray to the out tray. Intelligent automation technology continues that journey capturing invoices no matter what channel they come from and using artificial intelligence (AI) to determine where the right information is in each invoice. Because the entire AP workflow is automated it creates a data trail for auditing purposes.

This means AP teams no longer waste time manually processing invoices. The processing time increases, errors decrease, and people only need to step in when more complex thinking is required. There is also a “human in the loop” aspect where if the AI misses data off an invoice people can flag so the AI will know to capture the data next time. This is a great mutually beneficial relationship where people teach the AI to be smarter, which in turn helps people focus on more strategic and fulfilling tasks.

Because none of this means AP team members still aren’t busy. In fact, AP can finally step into the boardroom, providing executives with deeper insight into cash flow, working capital, payment optimisation and budget monitoring.

Being able to collect and harness information about customers can have a massive impact on an organisation’s profitability, with research from Gartner showing that more organisations with positive revenue growth (80 per cent) collect more customer experience (CX) data than those that are nongrowth companies (58 per cent).

And no wonder. For instance, there’s nothing more frustrating than dealing with customer service and having to repeat your situation with each new interaction or customer rep. With intelligent automation, companies can digitise and classify documents in real time and give customer service reps instant access to data in any application so they can answer questions quickly and accurately.

Similarly, mobile capture and e-signature allow customers and suppliers to upload documents for faster onboarding without the need for employees to get involved. The same goes for loan and claims processing—intelligent automation streamlines the process end-to-end through AI, digital workflows, and robotic process automation.

This makes for a better experience for every person involved. Customers love the ease and speed of mobile-friendly onboarding, and end-to-end automation of customer workflows saves employees from the monotonous tasks that bore them and slow the process down. Instead, agents and sales reps are free to focus their time on more complex customer queries which require a human touch (or voice) to resolve. When your people are armed with a real-time view of customer data, they can solve problems faster, and maximise cross-sell and upsell opportunities. Customers receive better service, and employees benefit from more engaging work that supports and adds to revenue streams.

Technology has a long history of eliminating drudgery – who among us would want to wash clothes with washing board and wringer – intelligent automation is the next step in human-assisted automation with people in the driver’s seat. The friendship between a more agile, skilled human workforce and intelligent robots will produce a superteam that can increase revenue, drive efficiency, and make for a more fulfilled workplace.

Andy Mellor is Regional Vice President of Australia at Kofax.