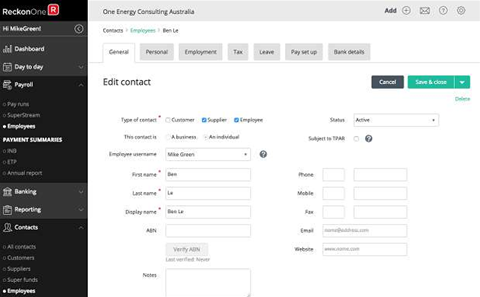 Want to save time and get more out of the cloud accounting system? Here are Reckon's top tips.

There are often better or quicker ways of using software than how we currently use it. Reckon chief operating officer Dan Rabie's top tips may help you become more productive when using Reckon One.

1. Get a professional to help set up payroll

It is important to set up Reckon One payroll (pictured above) correctly from the start, otherwise it can be difficult to fix things up further down the track. Regardless of your feelings about using an accountant or bookkeeper for other tasks – and Rabie does believe they provide value to small businesses – he strongly recommends getting professional advice about setting up a payroll.

Compliance can be a big problem if you don’t understand what's required, he said, and trying to learn as you go can cause problems that take a lot of extra work to set right.

Even though Reckon One is about to gain a payroll wizard that simplifies day-to-day processing, he still favours getting professional advice. 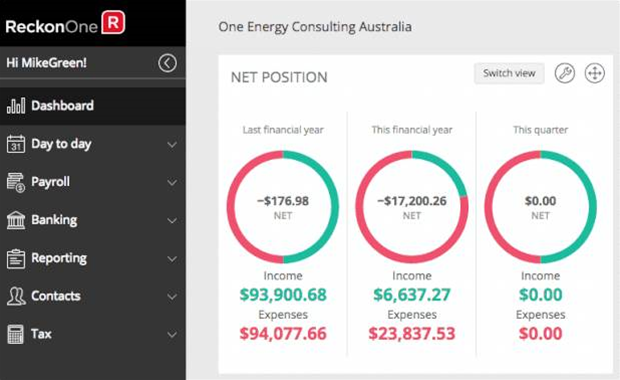 Reckon One was recently revamped to allow users to reach the most commonly used functions within two clicks. If you find it’s taking more than that, Rabie suggests you put a little effort into learning the structure beneath the top-level links as that will save time in the longer run.

3. Be smart with bank feeds 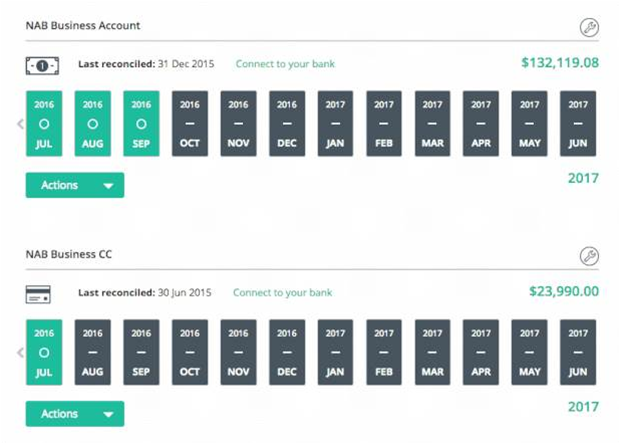 Having the details of bank transactions flowing automatically into your accounts saves time and is more accurate. But there’s a trap for the unwary when it comes to automatically coding transactions. Rabie suggests that you should tread a middle path between being too general or too specific.

For example, one Reckon One user realised that their drivers were buying fuel roughly every two weeks, but set up a rule based on the amount of the first such transaction that occurred after starting to use the software. That happened to be for $60, but not all subsequent fuel purchases were for exactly that amount. Switching to a range of $30 to $70 worked better. We’re guessing that anything less was likely to be a purchase in the shop rather than from the pumps, while larger amounts were probably for vehicle servicing, tyres and so on.

Also, trying to auto-code everything is likely a waste of time. “You've got to apply logic to it,” said Rabie. The best value comes from auto-coding recurring payments, whether they happen on a schedule (such as rent, which is normally for the same amount each time, or utility bills that vary from one period to the next) or occur intermittently (like taxi fares charged to a credit card, which can often be identified by the biller). 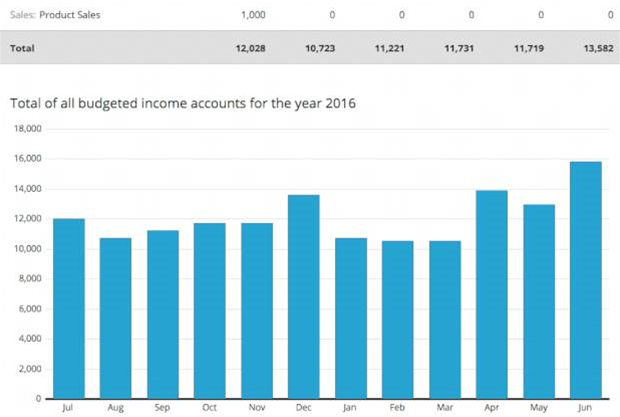 People don’t realise the power that comes from using the budgeting facilities provided by accounting software, Rabie said, so it is often underused even though “it's a really simple thing to do.”

For instance, if a customer suddenly stops paying it's important to see what effect that will have, in particular to see whether you'll need to do something other than just cutting off supply and chasing the debt in order to remain solvent.

As another example, he described the way a growing business was planning to move to bigger and therefore more expensive premises. It was set to make the move, but Reckon One's budgeting capability revealed a looming problem and the owners were able to fine-tune the deal before it was too late.

5. Take your time to create an invoice template 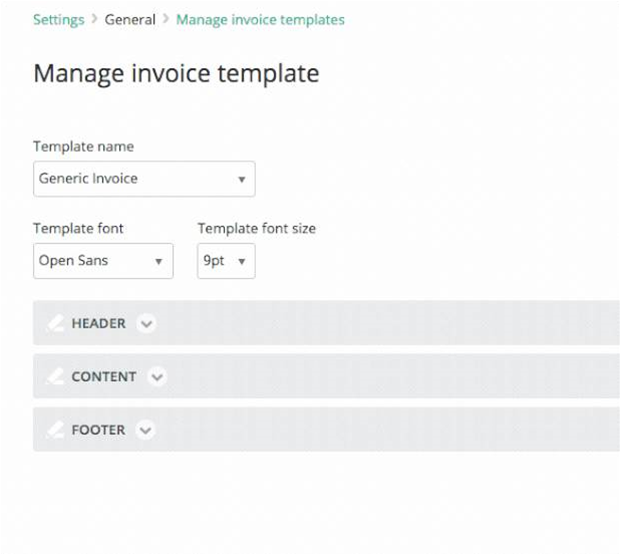 The appearance of your invoices should be regarded as a branding exercise, so take the time to get it right. Reckon One provides a variety of templates, so one of them should make a good starting point for your customised invoice.