Europe’s green initiatives for Data Centres: Are they for Australia? 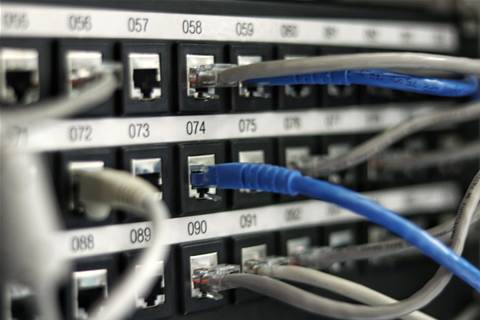 Climate change is a global problem, and climate goals are not limited to Europe.
Photo by Jordan Harrison on Unsplash

According to Statista’s Internet Usage in Australia 2021 report, the number of internet users in Australia is forecast to exceed 23.3 million by 2025.

With burgeoning connectivity and data exchange, this has led to increased reliance on digital infrastructure. Data centres have been playing a more pivotal role in supporting the data surge. As a result, the industry has among the highest carbon footprints in the business world – in Australia alone, data centres accounted for approximately 3.9% of the country’s total electricity consumption. With demand for data centres expected to remain high, leaders must come together to address the industry’s impact on the environment and ensure that data centres are sustainable for the future.

Australia is starting to take charge in driving a greener and more sustainable future. Australia unveiled Australia’s Long-Term Emissions Reduction Plan and utilises the National Australian Built Environment Rating System (NABERS) to measure the energy efficiency and environmental impact of data centres. These initiatives work to help improve energy efficiency and reduce energy consumption of data centres as well as to position Australia to achieve its long-term net-zero emissions goal. All this alongside the existing $20 billion investment in low emissions technology is expected to unlock at least $80 billion of total private and public investment, including in clean hydrogen, carbon capture and storage and energy storage.

However, to fully tackle these sustainability goals, the cloud industry must play its part and work hand in hand with the government and the wider ecosystem. Data centre operators must therefore lead and enable players from other industries that rely on their services and competitors’ services to follow, as well as take reference from green initiatives in other regions. This will ensure a faster green transformation.

In Europe, players in the cloud industry demonstrate a model example by joining forces to reach climate neutrality by signing a Climate Neutral Datacenter Pact. This first-of-a-kind pact is the industry’s contribution to the ‘European Green Deal’ – a set of green policies initiated by the European Commission that aims to make Europe the world’s first climate neutral continent by 2050.

Will it work for Australia?

The Climate Neutral Datacenter Pact establishes a perfect base that could be extended into more countries, like Australia, who are ramping up green initiatives. To do so, a strong cooperation between industry and policymakers is essential to ensure that such general interests policy goals are met properly. It is especially important to define clear, measurable goals and milestones that align with the country’s sustainability policies to ensure rapid progress for the industry.

It is also important to make policies accessible to local small and medium enterprises, without burdening them. With energy efficiency, a widely adopted metric such as PUE (Power Usage Efficiency) which measures how efficiently a data centre uses energy, could be used. Alternatively, a new set of metrics can be defined to drive efficiency even further, leading operators to adapt the design of data centres and retrofit existing ones. By harnessing innovative design and technologies such as liquid cooling, operations can reduce energy over-consumption, and ensure the reuse, repair or recycle of all server equipment.

Referencing the European model, where CISPE (Cloud Infrastructure Services Providers in Europe) joined forces with EUDCA (European Data Centre Association) to develop the agreement and cover all industry players, enabled many other trade associations and industry players across Europe to join the pact. This approach could be designed to be accessible by all players in Australia – from the largest to the smallest, and to ensure it has the greatest impact. It is important to cover the data centre industry at large, including, for example, delivery models like colocation.

Some industry collaboration initiatives have already been launched in Europe, working with technology research institutes to monitor sustainability targets with plans to offer the same for customers soon. Sustainability is no longer just the responsibility of cloud providers but plays an expanding role for both customers and suppliers alike, impacting selection processes and buying decisions.

Climate change is a global problem, and climate goals are not limited to Europe. Meeting the Paris Climate Agreement goals is key for all citizens across the globe, and urgent action is required to combat this challenge. While it takes a global effort to ensure long-term sustainability in the industry, an ecosystem-wide agreement such as the Climate Neutral Datacenter Pact for cloud players in Australia may be a good first step in securing commitment and helping the region accelerate to a sustainable future.