Documents: the security risk you may not have thought of 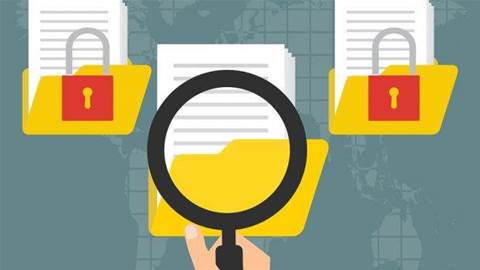 Why, and how, you should protect your confidential business documents from being leaked.

It’s becoming extremely difficult for companies to guarantee the security and integrity of their data, not least due to the increasing mobility of employees. Staff spend more time away from the office, accessing company documents from all over the world, often using their own devices.

The ‘bring your own device’ (BYOD) trend poses a major problem for company security. This was demonstrated by a study carried out by the Ponemon Institute in which 2,300 IT and security specialists from eight countries were surveyed. Fifty-eight percent of respondents consider BYOD to be a security risk, with experts claiming that the use of private mobile devices restricts the effectiveness of data protection measures and hampers the implementation of security policies.

Increased mobility, combined with new opportunities for communicating and reproducing information, means the risk of data loss for businesses rises. Even when printed out or simply distributed incorrectly, lists and documents can easily fall into the wrong hands or be deleted by employees – accidentally or deliberately.

If development results, customer drafts, contracts or other confidential information fall into the wrong hands, it's not simply a competitive disadvantage for the company concerned. When data is lost or stolen, as well as affecting the company’s reputation, it could also incur financial losses or make the organisation liable for heavy fines.

Not only is data becoming more mobile, it is also distributed more quickly and created in larger volumes.

Increased hardware costs are not the only consequence of this increase in data; the cost of protecting such information against unauthorised access, whether from inside or outside the company, is also increasing.

The consequences of data loss are becoming even more serious, and a study from the Ponemon Institute on the cost of data breaches revealed that over the past two years, costs incurred by companies due to data loss have increased throughout the world by 23% to an average of $3.8 million per security breach.

However, paper documents are not necessarily a way to protect against hacks or breaches. It could even be argued that the opposite is true – once a paper document has left the printer, its journey from that point onward is difficult to control. It’s impossible to know who might be able to read or copy it, and documents are at risk of being lost during transport or disposal.

Even if, in principle, it's easier to keep digital documents under greater control than printed documents, digital formats still represent a potential security risk for companies. Therefore, document security should be a central component of company security. According to the Ponemon Institute study, 72% of IT experts surveyed believe that document security can contribute to maintaining data confidentiality, integrity, authenticity and accessibility.

There are a number of different ways documents can be secured online at all stages of the workflow to ensure that data doesn’t fall into the wrong hands, including using password protection to open and edit documents, protecting access at a project or group level and using encryption to ensure that protected files can’t be read by unauthorised people, should they fall into the wrong hands.