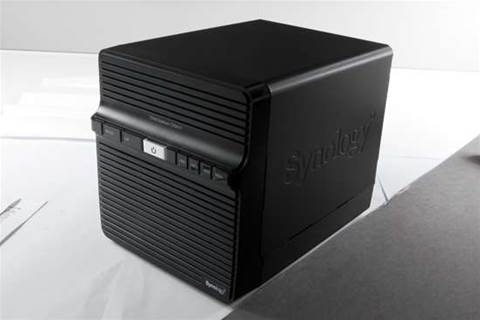 Did you know there are different types of NAS - some can cost $350 and you'll find them in home electronics shops, other cost thousands of dollars. What's the difference?

If you have a lot of data to store or backup, at some point it might benefit you to get a NAS box.

But did you know there are different types of NAS (Networked Attached Storage)? Some can cost $350 and you'll find them in home electronics shops, other cost thousands of dollars. What's the difference?
This is by no means an exhaustive guide to NAS - rather a basic introduction so you have a bit more of an idea about what you're looking at when deciding on a NAS device.
Newsletter Signup

I have read and accept the privacy policy and terms and conditions and by submitting my email address I agree to receive the Business IT newsletter and receive special offers on behalf of Business IT, nextmedia and its valued partners. We will not share your details with third parties.
First a refresher: what is NAS?
You can read our 60 second guide to NAS. Put simply, its a box containing hard drives, that connects to your network, which means that not only can you access it with your computer, but other computers in your business can connect to it.
NAS often contain several had drives, sometimes setup in such a way that your data is protected if one of the drives fails.
The different types of NAS devices
There are cheap NAS devices and expensive NAS devices. What is the difference?
If you’re in the market for a NAS for your small business than you may be wondering what the differences is between a consumer NAS, SMB and enterprise NAS?
In your searches you might also come across a lot of technical jargon - terms like iSCSI, Link Aggregation and ZFS. But what does it all mean and what features should you care about when shopping around for a NAS?
Consumer-level NAS 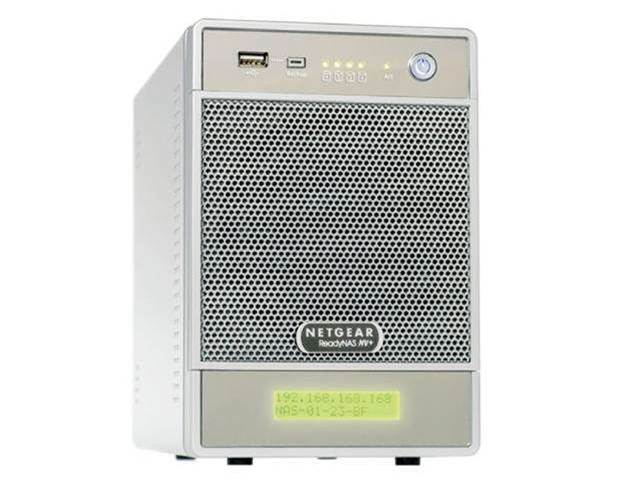 If you simply need to share documents around the office with built-in backup and file syncing features then there are consumer NAS devices that will do the job. This category also provides other consumer friendly features such as a print server, photo, music and media server capabilities.
Examples of consumer line of NAS’s include:
Netgear ReadyNAS Duo v2
Synology Diskstation DS 713+
QNAP TS-212 Turbo NAS

As a general guide, you can find NAS devices in this category under the $500 bracket.
Small business-level NAS
If you are intending on using the NAS in a large file sharing environment, for example up to 10 people or more, then we would recommend moving to a NAS device designed for small business, which has faster processors and will give you better overall file transfer performance.
Small business NAS devices can accommodate much more internal storage via the increased number of in-built drive bays and expansion ports - for example USB, eSATA and external drive enclosure support.
If you are planning on using the NAS as your primary backup system, then we recommend purchasing a NAS with a reasonable number of built-in drive bays (4 or 5) to allow for scalability in years to come.
In addition, a small business NAS will also have 2x Gigabit network ports. Dual Gigabit ports means you can take advantage of Link Aggregation, which improves data transmission speeds as the data can effectively use two lanes to travel instead of one. This could be handy if you rely on your NAS to regularly access or backup lots of very large files. Note that improved transmission performance will only be felt when you have multiple computers simultaneously transferring data to/from the NAS.
NAS boxes designed for small business may also have iSCSI, which stands for Internet Small Computer System Interface. You will only need iSCSI if you plan on managing storage over long distances. For example, instead of having your hard drives connected to the SATA ports in your computer, iSCSI is a network protocol that allows you to put hard disks in the NAS box as far away as you like - but they appear to the computer as if they're connected locally. iSCSI can be expanded to address drives across the globe if need be. If you're interested in having an off-site backup of your data, then iSCSI is a relatively painless way of going about it.
Examples of small business line of NAS devices include:
Synology Diskstation DS1512+
QNAP TS-569 PRO

Devices in this category generally fall under the $1,100 price bracket.
NAS for big business
The next level up is the type desiged for big business, or "enterprise" as the IT industry likes to call it. These type of NAS devices might have much more storage expansion options, more powerful processors and RAM to keep up with increased concurrent file transfers and superior file-systems such as ZFS which provide more grunt in the file transfer and data redundancy department.
These devices might also get advanced features such as a redundant power supply, which is a power supply that actually includes two (or more) units within it, each of which is capable of powering the entire system by itself. If for some reason there is a failure in one of the units, the other one will take over to prevent the loss of power and mitigate downtime of your NAS.
These type of NAS devices also generally come in a rack mounted option as well but this should only be considered if you are planning on sticking the device in an existing physical server environment.
Examples of these big business-class NAS devices are:
Synology Diskstation RS10613XS+
Infortrend EonNAS 3310
Infortrend EonNAS 3510
Note that as of writing, select Infortrend models are the only NAS devices on the market that support ZFS.
Big business class NAS devices, which come with the additional features highlighted above, will set you back between $6,000-$8,000.
Copyright © BIT (Business IT). All rights reserved.
Tags:
backup hardware iscsi link aggregation nas storage zfs
By Krishan Sharma
Mar 14 2013
6:54PM