Creating a Pokémon Go-style app for your business 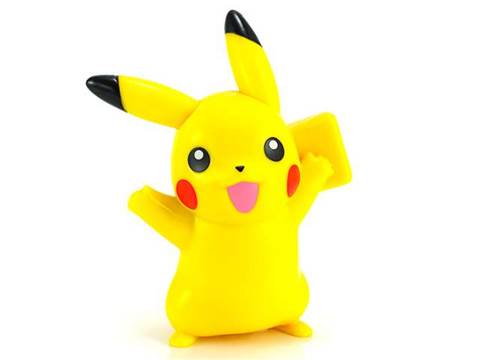 An Australian entrepreneur reveals how she created an award-winning app, and how augmented reality can be used in business.

You would have to be hiding in a remote corner of the Amazon not to have heard of Pokémon Go. Even if you’ve never played the game yourself, you’ve probably at least seen someone frantically trying to catch a virtual monster that’s been superimposed through their smartphone on the real world.

The game is a great example of an emerging technology called mobile augmented reality (AR), where a smartphone or digital device is used to superimpose digital content on the real world.

Given the way the technology has captured the public’s imagination, a growing number of business owners and managers are starting to think about how that technology can be deployed to give their business a boost.

One of the pioneers of this tech trend in Australia is entrepreneur Amber Standley, who back in 2013 launched a business called APositive that designs and develops AR apps and content.

Standley spoke to BIT about developing a mobile AR app – and how augmented reality can be applied to business.

APositive was named the joint winner of NICTA’s Digital Canberra Challenge Last year for developing a prototype of a mobile app that adds an AR layer to the 101 forests at the National Arboretum Canberra.

“Users can download the app and scan their surroundings to see information, hear soundscapes, and see holograms as though they are part of the landscape. It uses a combination of image recognition and geolocation based augmented reality,” Standley said.

Since winning the challenge, Standley has signed a contract to roll out the full app and is aiming to launch the app over the coming months.

The app uses image recognition and geolocation to overlay images and, if a user has headphones, the app also plays a unique soundscape that’s based on a user’s location.

“There’s a range of sounds and the sounds are relative to the forest the user is in, so if you’re in the cork oak forest you’ll hear cork-oak workers stripping bark and monkeys, while standing near a cedar will produce a Himalayan soundscape,” Standley said.

“It also charts where you are, so sounds get louder and quieter depending on how close you are to a forest. It helps immerse you in a particular forest, while drowning out noise from the Tuggeranong Parkway and other visitors. So it’s a sensory experience with the soundscapes.”

While AR can be used for games such as Pokémon Go, Standley said the technology also has a lot of potential both as a business and marketing tool.

She cites the example of Ikea, which has created an AR app to help people visualise furniture in their living room.

“It removed that element of doubt that comes with purchasing products online which as you can’t get a sense of scale as you would in a showroom. It also removed the guess work of whether a couch would fit or look good once you brought it home, which is something you can’t do in reality,” Standley said.

Another benefit for businesses in creating a mobile AR app is that it can help create a deeper emotional connection between customers and their products.

“For example, a toy company could purchase a small but prominent ad space in a newspaper. They could use AR to attach multiple 3D models of their latest toy range; they could also include direct links to their website, add Twitter, turn it into a competition where you snap a screen shot of the AR toy in action and post it to Twitter.”

The rise of AR systems

In recent years, a number of companies, such as Blippar, have started developing content management systems for AR. Likewise, there are open source toolkits such as ARToolKit that can be used in app creation.

However, Standley cautions the technology is not yet as easy to use as web content management systems such as WordPress.

“There are a lot of players that are developing platforms, sort of like WordPress, but the problem is the content. You have to develop 3D content and develop it for AR,” she said.

“So there’s a lot of stuff that’s coming out that’s geared towards mainstream adoption, but there’s still barriers to creating the content for it.”

In most cases there are two main aspects that need to be considered when thinking about developing an AR app – creating the digital content, and the app to access it.

“For example, if you have physical products you want to feature in an AR app, you need to create the 3D content of your product, and then develop the application,” Standley said.

While CAD (computer aided design) files of your products can be a useful starting point for creating a 3D object for an AR app, Standley warns additional work is often needed to transform them into usable assets.

The other important consideration is whether you want to create a relatively simple app – such as an interactive brochure – or a more complex app that uses geolocation.

“In some cases when you have a mobile-based AR app, it might be as simple as scanning a brochure and visualising that product, but it could be really interactive as well,” Standley said.

“You could use geolocation as well and place your content in the environment as well. It really comes down to what your business wants to achieve.”

Standley’s advice for anyone thinking of creating an AR app is to start with a business goal and define their target audience.

It is important to keep in mind that downloading an app can take a few minutes for the user, and if the content is not worthwhile, it will most likely be a negative experience for your customer.

“It comes down to defining the target audience and designing an AR experience that is valuable to the user and worth their time. Whether it’s a useful visualisation tool, it’s entertaining, it saves time, or removes doubt. It is really about creating an experience that leaves a lasting impression,” Standley said.