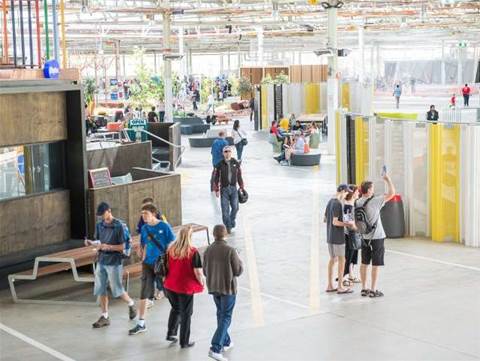 The 61-hectare innovation precinct in Adelaide's southern suburbs is home to a range of startup programs, a number of large tech companies and two tertiary education institutions.

Australia’s Silicon Valley could end up in the southern suburbs of Adelaide, according to proponents of an innovation precinct that mixes cutting-edge research with corporate know-how and startup flair.

The Tonsley innovation district is located on the site of the former Mitsubishi Motors auto assembly plant in Adelaide’s southern suburbs, around 20 minutes south of the CBD by road or train.

After auto production ended at the plant in 2008, the 61-hectare site was handed over to the South Australian state government.

It was repurposed as a technology park for research, training, startups and established businesses with a focus on a range of sectors including advanced manufacturing, sustainable industries, medical devices, energy, and software.

Today, the site is nestled between Flinders University – a research-intensive university with 26,000 and strengths in medical devices, cybersecurity and nanomaterials – and TAFE SA’s Tonsley Campus, which trains students for jobs in the industries of the future.

Its centrepiece is the MAB – previously Mitsubishi’s main assembly building – which at 8 hectares is the largest undercover building in the Southern Hemisphere.

The precinct has already attracted the attention of numerous major companies, with Siemens, Microsoft, Cisco, Simulation Australasia, ZEN Energy Systems and Signostics, among many other big name companies, establishing a presence in the precinct.

Alongside these are a number of tech startup-focused organisations based out of Tonsley, including the Innovyz accelerator program, the CoHAB coworking centre, the eNVIsion incubator program, the Hills Innovation Centre and Flinders University’s innovation centre New Venture Institute (NVI).

“The vision for Tonsley is it will be a truly integrated precinct that has everything from tertiary education, very high-end research, through to commercial operations and a significant residential precinct that will accommodate in excess of 800 dwellings and 1200 residents,” Tonsley project director Richard McLachlan said.

“We anticipate there will be some additional high-quality amenity at the site in addition to the high-quality space we have already delivered, including a small neighbourhood-style retail precinct with some seven-day-a-week activation.”

'This is a national play'

The project is not without its critics. Majoran/SouthStart director Steve Barrett recently argued Tonsley’s facilities “are under-utilised due to location and scale – location being distance from the CBD and scale being a bit too much for what the population actually needs here”.

The notion that the precinct is too far away is disputed by NVI director Matthew Salier, who said the comments are “disappointing” because “we’re a small city … and we all need to pull in the same direction to see the change and the transformation we want”.

“I think some of the opportunity that Adelaide has is that we are so close and connected, and we have these opportunities to leverage all the great things that can happen in a CBD, but also draw on amazing assets that are only a few minutes away,” Salier said.

“The advantage here is you go into a coffee shop and you bump into the Siemens R&D people who are talking about advanced energy management sitting next to a professor who is one of the top 10 people in the world for robotics automation. And you can sit down and talk to them.” 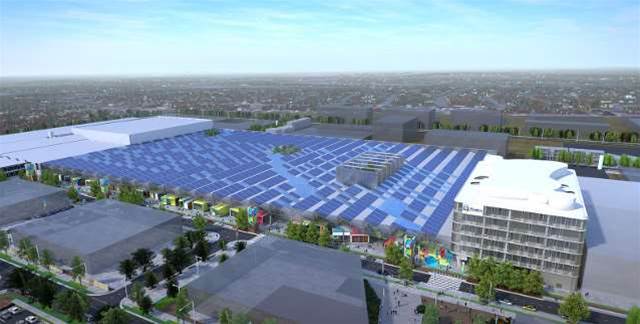 Likewise, Innovyz chairman Philip Vafiadis disputes the claim about the facility being under-utilised.

“Tonsley is a remarkable precinct, and the government’s foresight in creating it was truly remarkable. I don’t think the Australian population understands yet what’s happening here,” Vafiadis said.

“It’s the largest building undercover in the Southern Hemisphere. The number of companies coming together is just ridiculous.

“The best is still coming. This is a profound thing for the whole country. This isn’t a South Australia play, this is a national play.”

So why are people like Salier and Vafiadis so bullish about Tonsley, and what can it offer your business? Here’s a look at some of the things the precinct offers innovative technology-focused startups:

The NVI was established around three-and-a-half years ago to help Flinders University focus the entrepreneurial and innovation potential of its research, student and staff.

Along with mentoring support and cohabitation space, including through its eNVIsion incubator program, NVI also offers a range of events designed to bring together entrepreneurial startups and cutting-edge researchers.

Salier said the program was launched “as a way to showcase how universities can contribute to entrepreneurial startup ecosystems in better and more effective ways, and that's certainly what we aspire to”.

“We have 62 other smaller businesses – sole traders and startups – that are residents of our eNVIsion incubation program... They include everything from a startup focused on carbon-fibre wheel technology to photonics, medical devices – all manner of things.”

According to Salier, around 40 percent of the startups and entrepreneurs participating in NVI’s programs come from the Flinders University staff and student base, and the remaining 60 percent are from the broader community.

An example of the type of event NVI hosts is Icebreaker, which is an attempt to break the Guinness world record for the world’s largest business speed networking event.

“Icebreaker is a ‘business speed-dating’ networking event, and it’s an attempt to break a Guinness World Record for business leaders, innovators, entrepreneurs, researchers, government [officials] and anyone else to meet. They can have a three to four minute conversation with at least 20 different people.

“We expect between 1200 and 1500 [people will attend], and we’ve got half of that number now, which is terrific three to four weeks out. It’s part of Flinders University’s 50th anniversary celebrations.”

The Tonsley precinct is also home to Innovyz, one of South Australia’s first accelerator programs.

“Innovyz started a bit over four years ago as a pretty standard tech accelerator. We had done an arrangement with TechStars in America – we licenced it, in fact – and we were one of the first [accelerators] to do what we’re doing in our region,” Vafiadis said.

“We put a mentor program together with ANZ as our first major supporter. We delivered five accelerator programs under that model.

Over the past two-and-a-half years, Innovyz has shifted from a traditional accelerator model to being a commercialisation program targeting “ideas that have very, very great impact”, Vafiadis said.

“A typical accelerator model says: ‘Bring us your ideas and we’ll help you to be a better entrepreneur and one day you’ll be successful’. The hope is that as they become better entrepreneurs, the ideas they’re working on will then benefit the rest of the world,” he said.

“The fundamental shift we took was we made the decision to do things that matter. While there are many ideas that can help people make money, there are other ideas that really matter to the future of things.” 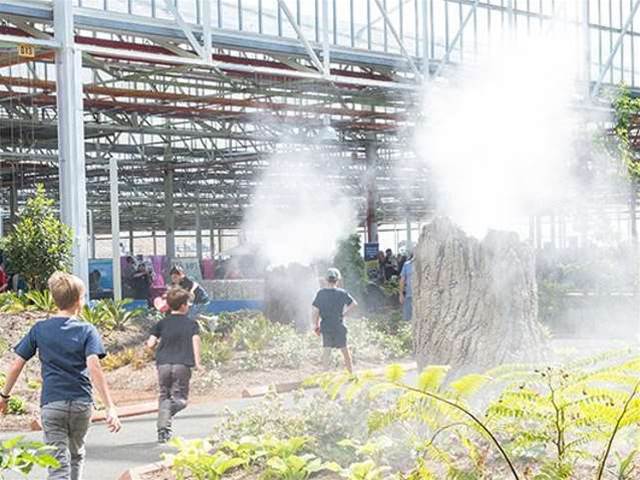 A major focus of Innovyz’s new commercialisation model is around building governance boards and recruiting staff, meaning companies that graduate from the program are ready for investment.

“Our process can accommodate ideas without teams right through to corporate spinouts. We work with universities, research centres, existing businesses and researchers that have an idea but don’t want to come on day one and want to keep their day jobs,” Vafiadis said.

“There’s a great degree of governance around the corporate entities and we build them to be robust, and everyone has to sign up to the same [commercialisation path and] governance framework, whether they’re the investor, researcher or company joining in.”

Vafiadis cites a number of success stories that have emerged from the new commercialisation model – including a company called K-Tig, which commercialised a CSIRO-developed process for welding thick metals about 100 times faster and 94 percent cheaper than conventional methods.

Another is Titomic, which commercialised an additive manufacturing method for mass production that makes metals stronger, and therefore allowing manufacturers to use less materials and lighter products.

Vafiadis said Titomic’s method, which produces titanium that’s 34 percent stronger than aerospace grade, is a good example of a product that has a great impact.

“If you’re a board member of an aerospace company, if you could make your products 34 percent lighter and your CEO didn’t use this technology, you’d fire them.”

Vafiadis said he expects to put a call out for Innovyz’s next cohort – focused on creating businesses that apply technology to solve waste management challenges – in the coming weeks.

“We accept up to 10 ideas at a time, and they become incorporated bodies before they enter into the program... There’s a 16-week process between when we open applications and the time the program starts, and then it’s a nine month program after that.”

Innovyz has also worked with the South Australian state government to establish and manage a not-for-profit startup coworking space at Tonsley, known as CoHAB.

“We did it for two reasons. First, it was a way of giving back, and secondly, we thought we could do better than a regular coworking space. We broke even in the first six months, which I’m told is unprecedented with co-working spaces,” Vafiadis said.

“I’m also proud because I believe it’s possibly the largest coworking space in South Australia now, and we’re just over a year old, so it’s remarkable that we’ve gone from nothing to being a substantial market leader.”

Vafiadis emphasises that, unlike other coworking spaces, participants at CoHAB are carefully curated.

“This isn’t a model where we just build a space and shove a lot of people in, shake and hope something good comes. This isn’t the standard model – there’s a lot of curation that happens silently in the background that CoHAB does particularly well.

“We’re at nearly 100 percent capacity, meaning all the offices and rooms are at capacity now, and the hot desk casual area – which is the smaller area – is at 70 percent.

“The gender ratio is 40 percent women and 60 percent men … It would be great to get to 50/50, but we think that mix is unusual in tech-based areas. There are now 50 companies and 80-plus members touching on numerous industries.”