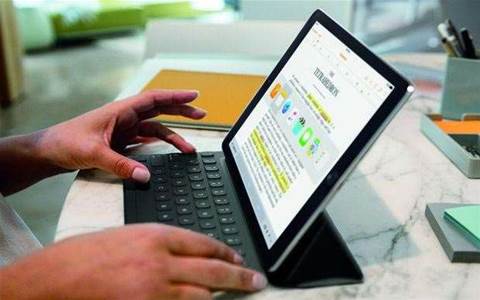 Can a physical keyboard turn your tablet into a hybrid laptop? Yes, in some cases – if you choose carefully.

On the face of it, a 2-in-1 laptop makes sense. You get the convenience of a tablet plus the keyboard and other benefits of a notebook. But there are drawbacks.

While some high-end models like the Microsoft Surface Book are excellent, budget hybrids can be underpowered. Weight is another issue. Fold-back designs mean you’re holding the full weight of a laptop, which soon becomes a problem if you use it as a tablet while standing.

Hybrids with a detachable keyboard are lighter and more feasible to use as a tablet, but size is often still an issue. A good screen size for a tablet is on the small side for a notebook, so hybrids tend to be a compromise either as a tablet or a notebook.

They’re still a lot more flexible than a regular notebook, but if you intend to use the device mainly as a tablet there is a third way – buy a physical keyboard for your tablet.

An onscreen keyboard is fine for dashing off short messages, but it’s less than ideal for composing longer pieces of prose. An accessory keyboard adds a little extra thickness and weight to a tablet, but can make text entry more convenient. Since some designs include a trackpad, they effectively turn a tablet – especially a 10-inch or larger model running Windows 10 – into a hybrid laptop.

Such a combination isn't necessarily low end – the HP Elite x2 1012 G1 tablet retails for $2,443 and could well be regarded as a hybrid with a notebook-style keyboard as an optional extra (for $399). 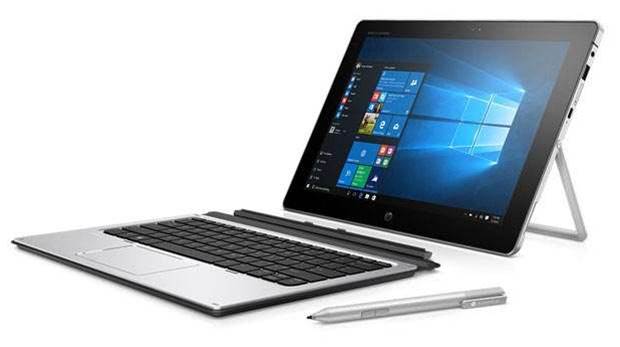 Tablet keyboards fall into two main categories, each with its pros and cons.

Perhaps the most convenient are keyboard covers. Some resemble conventional covers in that they attach (often magnetically) to the tablet and hinge open much like a notebook. A good example is Microsoft’s Type Cover ($199.95) for the Surface Pro.

One problem with this arrangement is that the combination is top-heavy and in some situations (like when it’s on your lap) it tends to fall backwards when you touch the screen – though that doesn't apply to the Surface thanks to its kickstand design. 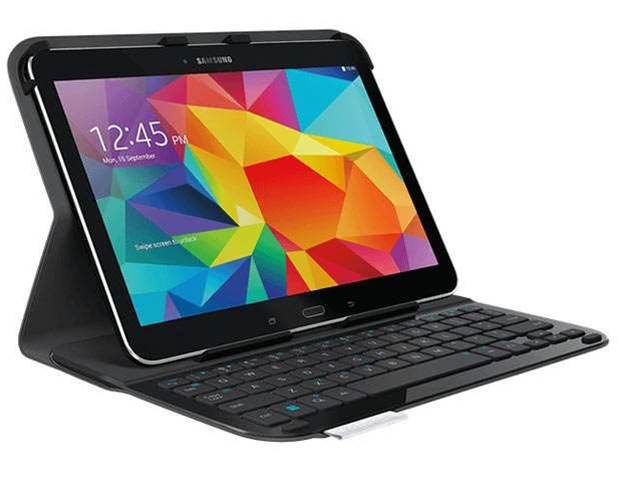 Others resemble a folio-style case, with a keyboard built into the inner surface of the cover. Examples include Apple’s Smart Keyboard (from $229) for iPad and iPad Pro, or Logitech’s Ultrathin Keyboard Folio for the Samsung Galaxy Tab 4 10.1 ($129.95).

This style is generally quite stable in use but has limited or no adjustability, which can be an issue if you're relatively tall or working in cramped surroundings such as an economy seat on a flight. But there are some exceptions, such as the Targus Versavu for iPad Air ($70), with its slider system for adjusting the screen angle. 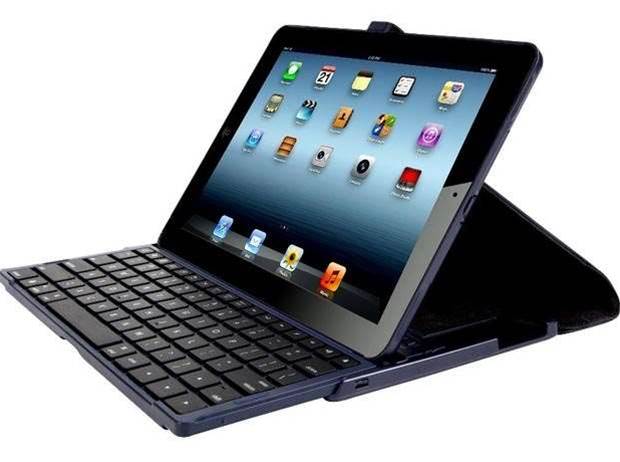 The Targus Versavu for iPad Air

And there are some that instead of being hinged, clip over the tablet's screen when not in use. This can make them relatively fiddly to use, and setting up and packing away is almost certainly less convenient that either of the other two cover styles. On the other hand, some designs – for example, the Logitech Ultrathin for iPad Air 2 ($129.95) – allow the angle of the screen to be adjusted to suit the user. Again, beware of units that topple away from you when you touch the top of the screen.

Then there are the stand-alone keyboards. The big advantage is that the same keyboard may work with your next tablet. And some, such as Logitech's Multi-Device keyboard ($69.95), are designed to work with both iOS and Android devices – and even Windows and OS X. 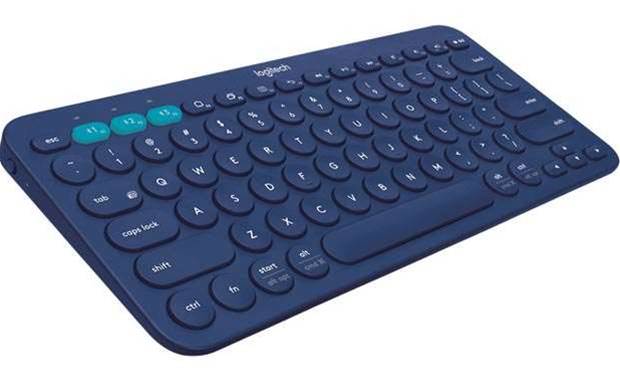 The downside is that a standalone keyboard is an additional item to carry around – and to remember to put back into your bag after use. You’ll probably still want a screen cover, but a completely separate keyboard is arguably the most convenient when you’re using the tablet on its own.

What to look for

Whichever style of keyboard you buy, there are some general considerations to take into account.

First of all, you’re almost certainly buying a keyboard because you don't like typing directly on the tablet’s screen. So we strongly recommend trying the keyboard before buying it. That could be by using a friend or colleague’s keyboard, or by visiting a shop that has various models on display.

Apart from the feel of the keys (most have a short stroke that might not be comfortable for you), consider the size and spacing – the closer they are to the keyboard of your desktop or notebook, the happier you'll probably be.

Also think about how the keyboard is powered. The most common arrangement is an internal battery with a micro USB charging connector. Among the exceptions is the Apple Smart Keyboard which draws its power from the iPad.

And remember that bells and whistles such as keyboard backlighting will reduce the amount of work you can do from a single charge (all else being equal).

There’s also the issue of how the keyboard connects (in the functional rather than physical sense) with the tablet. Bluetooth is most common, and the pairing issues that got this interface a bad name in the early days have been long overcome. But in the case of a standalone keyboard, a little extra finesse is needed to conveniently swap between devices.

The Logitech Multi-Device keyboard solves this by pairing with up to three devices at a time, switching between then at the touch of a button. Designs like the Apple Smart Keyboard connect electrically as well as mechanically, so there’s no need for pairing.

Finally, remember that a tablet plus a keyboard isn't always the cheapest option. If you really need a notebook, buy a good notebook or 2-in-1 laptop. But if you like the way tablets work except for the times when you need to type more than a few sentences, an accessory keyboard can be a good choice.