Buy a new laptop or wait? 4 hot laptops that might be coming this year 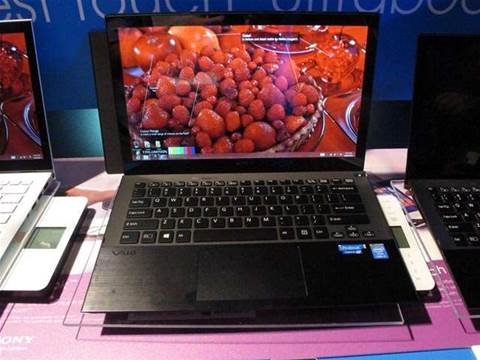 You'll find lots of Windows 8 laptops already on the shelves, but what's around the corner? Here are the four hot laptops Adam Turner has his eye out for this year.

When the time comes to buy a new laptop, many people's basic requirements are generally the same. We all want something a bit lighter than our current mobile companion, with longer battery life and perhaps more grunt under the bonnet.
Each year brings incremental upgrades in all three of these areas, but we also see a few impressive devices come along that actually break new ground. Some of them are novelties, but others are actually have merit.
Newsletter Signup

I have read and accept the privacy policy and terms and conditions and by submitting my email address I agree to receive the Business IT newsletter and receive special offers on behalf of Business IT, nextmedia and its valued partners. We will not share your details with third parties.
Shoppers haven't embraced Windows 8 with open arms, but it has encouraged laptop makers to fully embrace the touchscreen and further blur the line between laptops and tablets. These are the upcoming devices which have really caught my eye.
Samsung ATIV Q

A 13.3-inch notebook/tablet which runs both Windows 8 and Android, Samsung's ATIV Q offers an each-way bet which is brimming with possibilities.
If you're reluctant to take the plunge with Windows 8 then the ability to fall back on Android 4.2 might be the safety net you've been waiting for. The ATIV Q isn't simply a dual boot device, you can actually flick between Windows and Android in real time - Android is basically treated as another Modern UI app. It's a full version of Windows 8 running on a Core i5 chip, not the stripped-down Windows RT.
What's really interesting is that both operating systems will have access to your data, so jumping from Windows 8 to Android and back should be smoother than jumping between two completely separate devices. I love the idea of using Android to plug the gaps in the Windows app store, taking much of the pain out of the transition to Microsoft's touch-friendly Modern UI interface.
We still don't have an Australian price or release date for the ATIV Q, although a German retailer is taking pre-orders for 1,599 Euro, which should push it well past AU$2,500. For that kind of money you could pick up a decent laptop and separate tablet, so I'd want to spend a little hands-on time with the ATIV Q before handing over my cash.
Acer Iconia W3 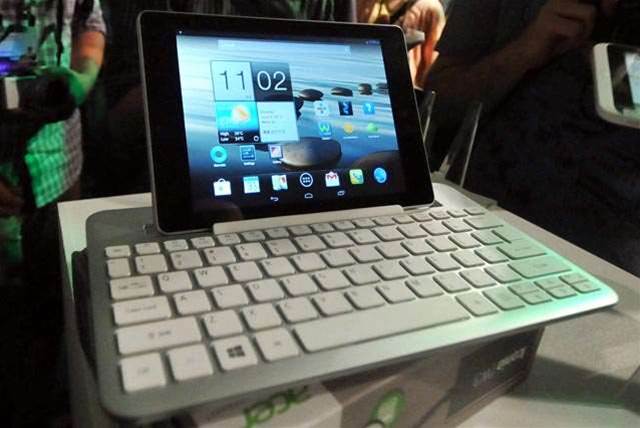 Microsoft has tried to kill off the netbook market, but a tiny laptop/tablet like Acer's Iconia W3 could make a great travel companion if you care more about portability than performance.
The Iconia W3 is an 8.1-inch Windows 8 tablet, once again running a full version of Windows 8 rather than the limited Windows RT. I just don't think I could bring myself to invest in a Windows RT device when I could spend a little extra for a full version of Windows 8 with the option to install my own desktop software. The W3's Atom processor obviously isn't going to set the world on fire, but it's designed to be your secondary computing device to use on the road, not your primary workhorse.
At this size the W3 is a rival to the 7-inch Nexus 7 running Android and the 7.9-inch iPad mini. It sports a US$359 price tag, which with the strong Aussie dollar might have brought it in around AU$400 including GST. Of course the dollar is falling and Acer has a history of local price gouging on Iconia and Aspire gear. If Acer can keep the price around AU$450 it would certainly grab my attention.
What's really interesting about the W3 is the optional keyboard, as I like that it's wider than the long side of the tablet to ensure the keys aren't too cramped. The keyboard will set you back another US$80, but it makes the tablet much more useful as a productivity tool. The lack of a trackpad will frustrate some people, but hopefully it isn't an insurmountable obstacle on a touchscreen device.
Depending on the task at hand, an 8.1-inch screen might be a little small for your liking. The W3 is certainly worth keeping an eye on but, as with Samsung's ATIV Q, I certainly wouldn't hand over my money sight-unseen.
Sony Vaio Pro 13 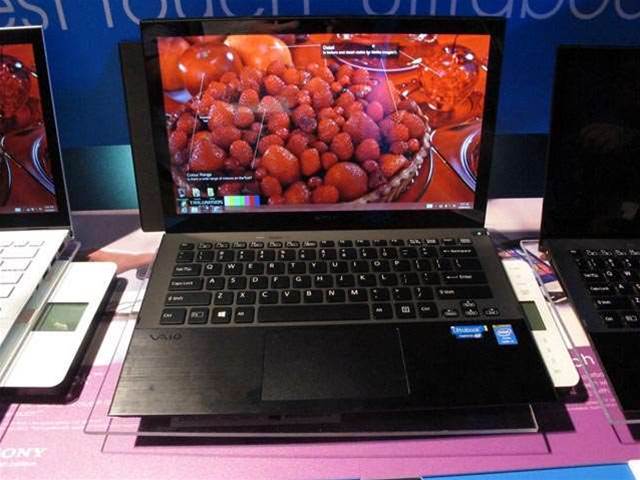 If you're after a super-slim but powerful Windows 8 Ultrabook, Sony's Vaio Pro 13 stands out from the crowd.
There are no party tricks here, such as built-in Android or a hideaway keyboard. This 13.3-inch Windows 8 touchscreen laptop simply boasts a very impressive spec sheet which won't break your budget or your back.
It's sometimes hard to get excited about numbers on a spec sheet, but this one is certainly worth skimming. Sony's Vaio Pro 13 boasts a Full HD 1920x1080 LED touchscreen display. It's also blessed with Intel's new Haswell processor to push the battery life well past seven hours. You can even opt for a second battery if you're hoping to make it from Sydney to LA on a single charge.
You'll pay $1399 for the Core i5 model with 4GB of RAM and a 128GB solid state drive. That's a great price for those specs, especially considering you usually pay a premium for the Vaio name. But what's really amazing about Sony's Vaio Pro 13 is that it tips the scales at a mere 1.06 kg -- an impressive achievement even for a fully-fledged 13.3-inch Ultrabook. That's lighter than a 13.3-inch MacBook Air and just as thin, but with a sharper display. If you're looking for a Windows machine to make MacBook Air owners jealous, this Vaio Pro 13 should be at the top of your shopping list.
Apple 13-inch Macbook Air with Retina display

You can't write a list like this without mentioning the MacBook Air, even if it's a model which doesn't exist yet.
The new range of MacBooks has just been announced, with the new MacBook Airs getting a battery life boost from the Intel's latest chip, the 4th generation Core. Unfortunately the 13-inch Air didn't receive the 2560x1600-pixel screen found on the 13-inch MacBook Pro with Retina display.  Battery life is paramount on the MacBook Air and powering those extra pixels would take its toll.
It's still a shame that the MacBook Pros didn't get an update to the 4th generation Intel chips. It's possible the non-Retina MacBook Pros are set to be phased out, as they're the last Mac laptops to feature an optical drive.
It's worth noting that the Retina display drives up the cost of a MacBook Pro by around $400. Personally I don't think it's worth paying a premium for those extra pixels, but if you're smitten by the MacBook Pro with Retina display I can understand why you might want to hold out for a Macbook Air with Retina display.
We'll probably see one eventually, but Apple plays its cards close to its chest so it's difficult to say when. The MacBook Pro with Retina display is probably scheduled for an update with the new Intel chip before the MacBook Air goes Retina.
Copyright © BIT (Business IT). All rights reserved.
Tags:
acer air ativ hardware iconia laptops macbook pro retina samsung sony vaio
By Adam Turner
Jul 4 2013
10:36AM