Breakfast cereal technology with a hint of religion and forthcoming NFTs 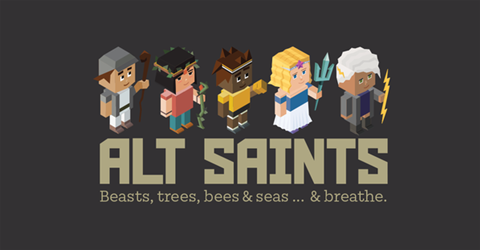 Food design and technology: a profile of Alt Saints.

If Charbel Zeaiter gets his way, you’ll soon be seeing some funky-looking cereals joining the usual Kellogg’s fare in supermarket aisles... across the globe. Alt Saints cereal comes in strikingly designed boxes with heavily stylised, minimalist graphics and subtle, appetising colour schemes. Each features the geometric image of an endangered animal, some information on why it’s endangered and a pledge that one per cent of the purchase price will go to environmental causes.

The Alt Saints name comes from four, alternative Saint-like Avatars who represent the company’s primary ecological categories… beasts, trees, bees and seas. They've recently joined by a fifth, known as Breathe (you can read more about their individual characteristics below). Zeaiter tells us that while these initially sparked memories of Catholic saints there’s no pushing of religion here, they’re more like guardians of different environmental realms. He says, “Alt Saints was my exploration of naming them as a group - sort of like the X-Men for the environment. Religion is only a nod and the brand itself is about being non-dramatic, non-judgemental and inviting.”

Those realms are filled with stylised, endangered creatures who adorn the packets and are instantly recognisable to anyone with an interest in the natural world.

Why is all this notable on a tech site?

Because the high-concept designs are going to be given away as NFTs in the cereal boxes in what we suspect is a world first. 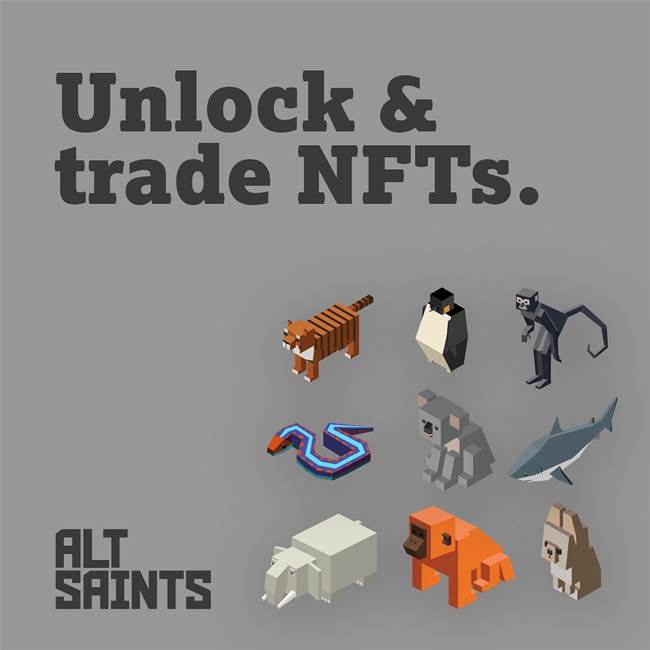 Zeaiter says, “As with the peak of interest in cryptocurrencies in 2016/17, NFTs have made recent global headlines. As with all sudden surges of interest, hype drives perceived value and market corrections happen, but we know that NFTs are here to stay.”

We asked Zeaiter how he was going to convince children to engage with NFTs when it was hard enough to explain to informed adults what they were. He said that they’d resonated with children age eight up who recognised them as tradeable digital toys.

We suspect that the similarities to the gargantuan Minecraft world, which also resonates with this age group, is helpful and that there may even be a potential tie-in with the game down the line. Nonetheless, Zeaiter adds, “As a replacement for wasteful plastic toys, we’re positioning [them] as collectible and tradable digital toys. As we seed more content into our system, via crowdsourced inputs or from our own content creation, the NFTs will transform into iNFTs [interactive or intelligent NFTs], complete with knowledge, animation and voice.”

Our next concern was that if the NFTs turned out to be successful they’d be worth dramatically more than the cereal and would be targets for thieves in supermarkets as well as with workers at the manufacturers. Zeaiter says that manufacturing partners have already put in place policies to avoid a situation similar to the great McMillions (McDonalds Monopoly) scandal but couldn’t guarantee that shoppers wouldn’t vandalise packets to get to the cards. If that happened then submitting proof of purchase receipts and barcodes would need to be looked at, but only time would tell.

Ultimately, it’s a novel idea for selling a new Australian Breakfast Cereal that already has much going for it beyond widespread distribution. Zeaiter’s company is currently seeking further funding to fulfil its roadmap, appear in major global food retailers and distribute the NFTs. He points out that the company is not using investor money to sell the NFTs, but that, “We will be licensing an existing platform (eg Flow, Acala) and not using any of the investment to build our own.”

For more on investments into Alt Saints click here or watch the video below.

More on the Alt Saints