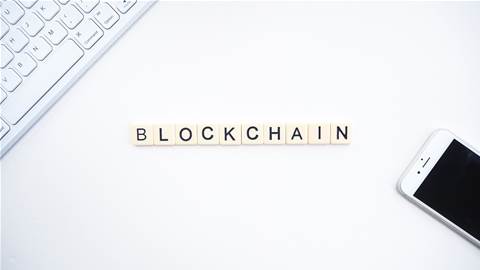 It’s clear that blockchain has a lot to offer when it comes to driving new business value.
Photo by Launchpresso on Unsplash

If you were to think about some of the most substantive technological progressions in modern history, chances are cloud migration would be one of the first things to pop into your mind.

More and more businesses and individuals embrace cloud-based solutions, to the point where organisations will get left behind if they don’t embrace it. According to IDC, 2020 marked the first time that spending on public cloud IT infrastructure surpassed spending on more traditional IT infrastructure. These numbers are astonishing when considering that when public cloud services first hit the market, enterprises were filled with anxieties over security and trust.

As an innovation with arguably similar potential for transformation, blockchain is in a similar boat to what cloud was in the late 2000s and early 2010s, although it has had longer to prove it’s worth than cloud did at that time. While blockchain is a truly innovative technology that will deliver new opportunities and advantages to us all by simplifying the building blocks of society, it’s still got a lot of trust issues and the general public remains unsure and reluctant to embrace it.

Trust is an essential factor in measuring the success of any innovation, especially more recently, as uncertainty and risk-aversion are rife. Here is how blockchain technologies gain that trust.

While blockchain has been around since the dawn of bitcoin back in 2008, there is still a bit of confusion as to what it actually involves. According to Gartner, blockchain is “expanding list of cryptographically signed, irrevocable transactional records shared by all participants in a network.” In more simplistic terms, blockchain is like a distributed ledger that is made available to multiple participants, that can be used to record transactions and track assets (from cars and land to intellectual property and legal documentation).

You should think about blockchain as a decentralised method of data validation that can occur instantly and publicly. Picture a spreadsheet that is duplicated thousands of times across a network of computers. Then imagine that this network is designed to update this spreadsheet regularly - with each change publicly visible and updated/verified across each computer - and you have a basic understanding of blockchain.

A key element of blockchain is that it is immutable and offers immediate, shared and completely transparent information that is stored on a ledger and accessed only by permissioned network members. No participant can change or tamper with a transaction after it has been recorded to the shared ledger. As a result, it is a platform that is inherently trustworthy, which is why it became popular in the first place (through blockchain subverting financial intermediaries).

Just the word ‘blockchain’ is enough to frighten the average consumer away and this alone demonstrates the issues the tech has with trust. According to PwC, 45% of executive respondents said ‘trust’ would be one of the main inhibitors delaying adoption.

There are several possible reasons as to why blockchain remains misunderstood.

While blockchain has trust baked into its technological infrastructure, this concept still doesn’t fully resonate with users. There is a distinct lack of understanding over the what blockchain is, as well as its reliability, speed, security, scalability, and interoperability with other blockchains.

In many circles, blockchain is heralded as being ‘trustless’. This is a confusing statement if you’re hearing it for the first time, but it essentially means that the trust is taken out of the equation, as users need only put their faith in the mathematics and computation that supports blockchain.

This isn’t a negative thing, though it is quite often portrayed that way in the public arena. A group of technology and legal scholars even suggested that blockchain shouldn’t be referred to as ‘trustless’, but rather a ‘confidence machine’, as it increases confidence in the operation of a system, effectively replacing the need for trust in the first place.

Having a platform that you don’t have to ‘trust’ - as all the information is verifiable publicly - is a key component of blockchain’s sales pitch. However, more must still be done to drive further trust in the platform, in order to drive adoption and thus facilitate the technology’s benefits to society.

Part of this includes further government involvement and advocacy. The Australian Government released its national blockchain roadmap in February of last year, outlining a strategy for governments, industry and researchers to capitalise on opportunities and help drive adoption.

This is a great first step, although it’s important honours the commitments set out in the roadmap, which includes developing common frameworks and course content for blockchain qualifications and working with Austrade to deliver a blockchain focused inbound investment program. It would also be great to see more private/public partnerships, as India has done – for example - in an attempt to boost earnings for farmers.

Industry body Blockchain Australia has also asked the government for more help in framing regulation around the technology, describing regulatory uncertainty as a “persistent and recurring theme” in discussions around blockchain. It pointed to the recommendations on the development of standards set out by the World Economic Forum as a good baseline for drafting regulation. Blockchain Australia says such guidance would provide confidence to those who seek to invest in building or implementing blockchain.

It’s clear that blockchain has a lot to offer when it comes to driving new business value – from driving productivity to unlocking new revenue streams. However, beyond the government realm, the technology industry needs to grow understanding of how blockchain adds value to processes, such the combinational effect of blockchain with artificial intelligence and Internet of Things, while also being upfront about its limitations. Now is the time to create this transparency so that businesses decision makers will be more confident in blockchain adoption, and truly take advantage of what this revolutionary technology has to offer.