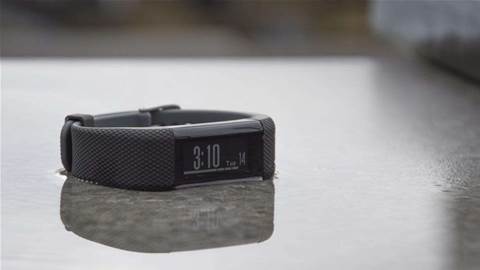 Want to get fit? A fitness band or tracker can help. We review nine of the best.

But you knew that, right? The hard part is getting started and staying motivated. That’s where technology can help. Smartwatches and even some smartphones, for example, can help keep you on the straight and narrow by tracking your exercise.

However, there’s something to be said for the simplicity of a dedicated fitness band or tracker.

Fitness trackers can be as simple as tracking steps you've taken in a day or week, or they can have a built-in GPS and heart rate monitor for the truly dedicated runner.

Prices vary as wildly as the features do, but nonetheless here are our picks: the best fitness trackers so far in 2016.

Building the best fitness tracker is much like getting fit yourself: a balanced, thoughtful approach is far more effective than just throwing things at the wall and seeing what sticks. And Garmin's given the perfect example of that ethos with the Vivosmart HR+. 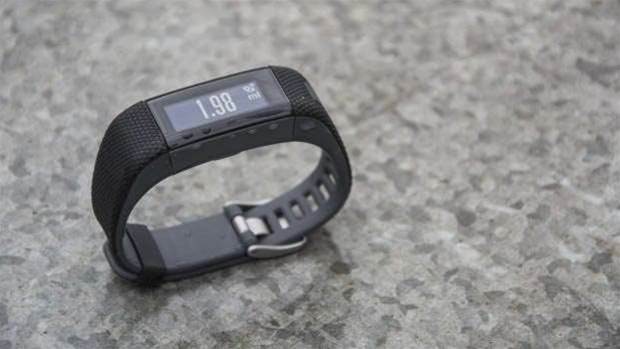 The first big win is the design. It's compact, understated and yet still feels tough enough to survive whatever knocks your exercise regime can dole out. As the name suggests, there's an inbuilt optical heart rate sensor and notably Garmin has managed to squeeze in GPS – so you don't need to always have your phone in your pocket.

If you want the best do-it-all fitness wearable, this is it.

While most people associate TomTom with Satellite Navigation systems for cars, the TomTom Spark is a perfect illustration of why it's sometimes good for companies to stretch beyond their comfort zone. 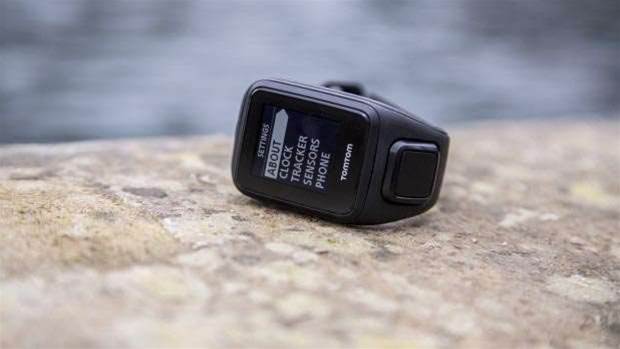 A price of $349 may seem pricey, but this is a watch that's packed with features for everyone but the most dedicated of runners. For starters, it has GPS built-in, an optical heart rate monitor, 3GB of storage so you can listen to your music on the go and even a swimming mode.

If these features aren't enough for you, TomTom lets you pair other Bluetooth sports equipment with the device, expanding its functionality beyond the core elements included in the box.

The second most expensive member of the Fitbit family is a very reasonable compromise between form and functionality. It has a lot of the features of a smartwatch but offers a five-day battery life. And unlike cheaper versions of the Fitbit it piggybacks on your smartphone to accurately measure speed and distance travelled right there on the tiny screen. 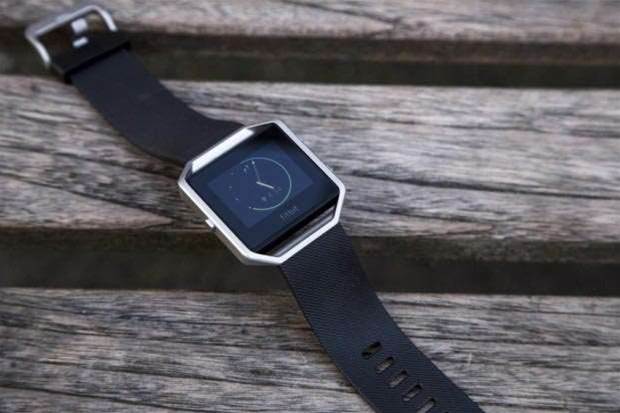 It constantly measures heart rate, and you can change out the strap easily to match your style. It's a great little package.

What of the more expensive Fitbit? That'd be the Fitbit Surge – it's $399.95 and includes a built in GPS, while the Fitbit Blaze has to talk to your phone for this feature.

The $30 saving, combined with a more stylish appearance means the Blaze gets the nod as our favoured Fitbit of 2016.

The Forerunner 630 has been described as “the ultimate running watch” and it's hard to disagree. However, for $479, you really have to be seriously into your running to rush out and buy one. 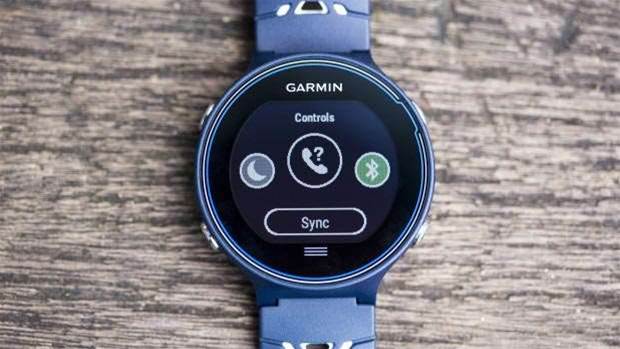 The bundle we reviewed includes the HRM-Run chest strap, which measures all kinds of things, such as running cadence, ground contact time, vertical oscillation, left-right balance, stride length and vertical ratio. That data would be useful for serious runners but would just be too much for most people.

It's well built and has a battery life that can be measured in weeks (or 16 hours if you just use the GPS).

At the more basic end of the market is the Fitbit Alta, one of the newest in the Fitbit range, and evidence of the company's move towards customisation and style. 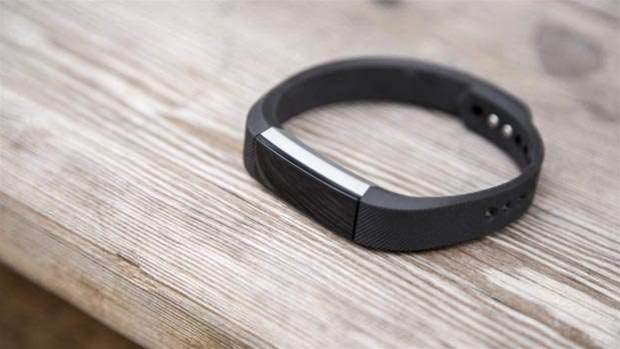 On paper, it's not too far removed from the Fitbit Flex, the best-selling member of the Fitbit line, but it has one huge advantage: it has a screen. This displays your core tracking data so you can check in on your stats away from the app, and it even extends to basic smartwatch features, displaying text messages and caller ID should you wish.

There’s no heart rate monitor here, but it does all the basics very well, and looks great to boot.

It's not as fully featured as the Forerunner 630, but then a lot of those features are overkill for most people's needs and the Vivoactive pares things back considerably, coupling that with impressive levels of stamina. The battery goes on and on and on. 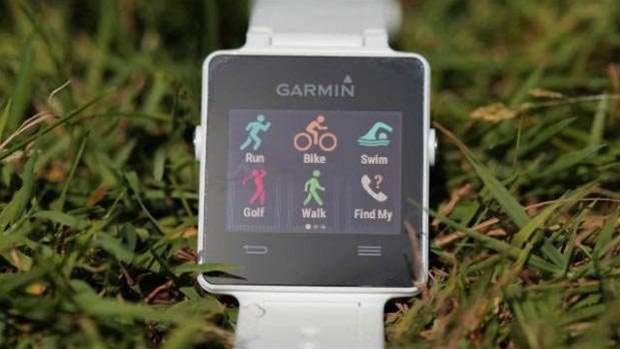 If you miss features like heart rate, cadence and so on, it's ANT+ compatible, making it easy to add to its abilities with a heart rate strap or power meter.

So it tracks various sports, all with GPS sensing, meaning you can travel without a phone – although it doesn't have any space for music if that's important to you.

The Jawbone UP3 offered something that other fitness trackers didn't, when it first emerged last year: it was understatedly handsome. That attractiveness came at a premium price cost for what is – comparatively speaking – quite a basic device. 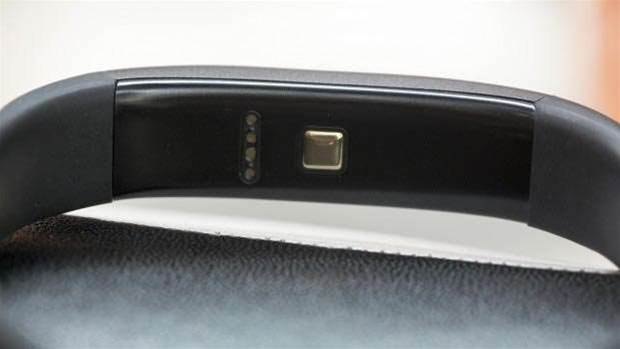 The UP3 tracks your steps and sleep patterns, and while it does measure heart rate, it only does so when you're asleep, stating that this will give an overall guide to your health. That's possibly true, but when similar models from other companies give you continuous heart rate monitoring, it makes the Jawbone UP3 hard to recommend for the full retail price, unless you really value style.

That said, shop around and you can pick up the UP3 at a much lower price.

The Fitbit Charge HR sits midway up Fitbit's price ladder, and it's one of the more popular models, chiefly because the “HR” stands for Heart Rate. 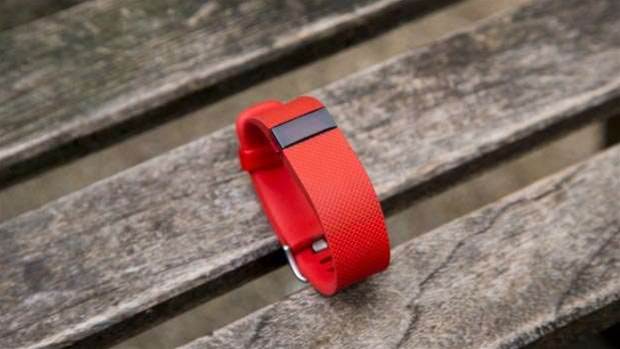 Time has not been kind to the Fitbit Charge HR's looks or comfort, however, and it's been left in the dust by newer trackers such as the Blaze and the Alta. However, in terms of features, it's perfect for those who don't want a big, distracting screen on their wrist.

The Charge HR's small display can show the time, your steps, heart rate, calories burned and distance travelled, although as with all fitness trackers without a GPS, it's best to take that last figure with a pinch of salt. 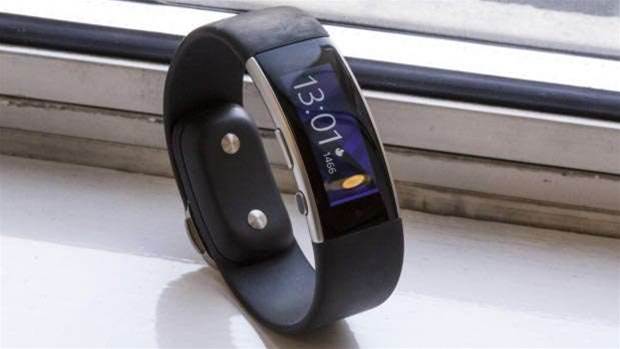 The Microsoft Band 2 has a ridiculous number of sensors, some essential, others superfluous. Here's the list: heart rate, skin temperature, galvanic skin response, accelerometer, gyroscope, GPS, ambient light, microphone, barometer and more. In addition, it's essentially a smartwatch in all but name.

That said, this isn’t our favourite fitness band. Why? Partly because it's a jack of all trades, but not quite the master of any, and partly because it's not that comfortable to wear, and has a style and appearance that won't be to everybody's tastes.

If you can get past that, then the Microsoft Band 2 won't let you down – and it’s good value in Microsoft’s current sale, with the Band 2 selling for $289 (at the time of writing).