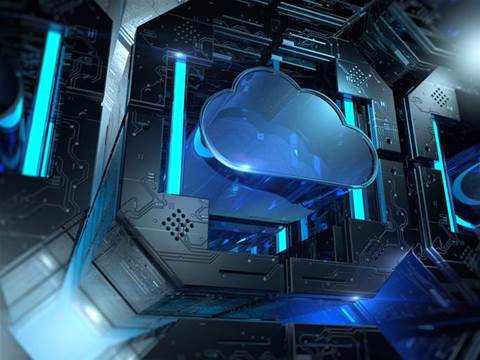 Amazon and Microsoft are the two biggest providers of public cloud services. We examine what they offer.

The cloud offers much more than software-as-a-service (SaaS) applications such as Xero and Google G Suite. As we explained in a previous feature, you can effectively rent hardware in the cloud with an infrastructure-as-a-service (IaaS), the hardware and software you need to run your applications with a platform-as-a-service (PaaS), and lots more – they even offer advanced software such as analytics and machine learning.

If you have a business with one or more on-site servers, the chances are you’ve been contemplating ditching the servers and migrating to one of these cloud services. And if not, you probably will at some stage – particularly when your hardware nears the end of its life.

Amazon Web Services (AWS) is by far the largest provider of these public cloud services, followed by Microsoft Azure, so here we compare these two providers for those considering making the move from on-site hardware, or even another cloud provider.

Both are popular among organisations of all sizes, ranging from startups to large enterprises – and increasingly so in Australia, with AWS and Azure offering access to local data centres for those who need to keep their data in Australia.

However, the big public cloud providers offer particular advantages for small and mid-sized businesses, due to their ease of access, highly incremental, flexible pricing structures, and a huge range services.

This means you can get started relatively quickly, scale up without repeated rounds of capital investment in hardware, and it enables a degree of technical sophistication that most would struggle to match on their own.

And it's not something you grow out of. Big names using AWS as their artificial intelligence platform (to mention just one area) include Expedia, business software vendor Infor, Intel, NASA, Netflix, Pinterest, Slack, US communications company Vonage, and Yelp.

But first, let’s look at the basic compute and storage services that are the foundation for moving your systems in the cloud.

Note that most of these more advanced cloud services offer a wide range of options and therefore the pricing matrix can be quite complicated, but we’ve provided example pricing to give you some idea of what you could be up for.

For example, in the general purpose category, the M3 instance type is described as “a balance of compute, memory, and network resources... a good choice for many applications.” It comes in medium, large, xlarge and 2xlarge models, ranging from one virtual CPU (vCPU), 3.75GB of memory and 4GB of SSD storage to eight vCPUs with 30GB or memory and two 80GB SSDs. There’s also an Elastic GPU option that includes graphics processing units with various other instances.

Or maybe you want an accelerated instance with one or more GPUs for tasks such as 3D rendering or video encoding? The G3 instance type comes in three models, ranging from 16 vCPUs, 122GB of memory and one Nvidia Tesla M60 GPU, to 64 vCPUs, 488GB of memory and 4 GPUs.

It's a similar story with Azure Virtual Machines, with the addition of a high performance category featuring fast processors, generous amounts of SSD, and – in some models – remote direct memory access (RDMA) networking capability for high-speed data transfers between instances.

Block storage is essentially the equivalent of a physical disk. It can be formatted with a file system, or used directly by a database. This makes it particularly suitable for conventionally-architected software running in the cloud, but it has to be connected to a virtual machine.

AWS calls it EBS (Elastic Block Storage), while Microsoft calls it Azure Disk. Being just storage, pricing is very reasonable; for example, AWS EBS can cost $US0.12 per GB per month for a general-purpose SSD volume, while for an Azure Disk, a 128GB SSD volume costs $25.11 per month.

Object storage provides a convenient way of storing potentially massive amounts of data, even if it is unstructured. It is generally used with applications that were designed to run in the cloud from the outset. AWS calls it S3 (Simple Storage Services), while Microsoft calls it Azure Blob. It generally costs less than equivalent block storage: AWS S3 can cost $US0.025/GB/month and Azure Blob $0.0255/GB/month, for example.

Object storage providers typically provide a lower-cost tier intended for data that must be retained but is unlikely to be used. This may be described as 'cold' data. Cold tiers are significantly cheaper than their 'hot' equivalents, but there is a catch: the time and cost penalties associated with reading the data can wipe out the savings, so you need to do your calculations carefully.

File storage can be thought of a virtual file server, accessible via standard protocols such as SMB (server messaging block) and NFS (network file system). This means files can be accessed by applications running in the cloud or on premises. AWS calls it Elastic File System (example price $US0.36/GB/month), and Microsoft calls it Azure Files (example price $0.113/GB/month).

Just remember IaaS cloud storage pricing is more complicated than just x cents per gigabyte per month. So the figures are quoted above as starting points, and apply to data stored in Australia. Transaction, transfer and other costs may be additional. Consulting someone who can explain how it all works in the context of a particular application may help avoid ‘bill shock’.

Next: other services and providers