Aussie app will help you save for your bucket list 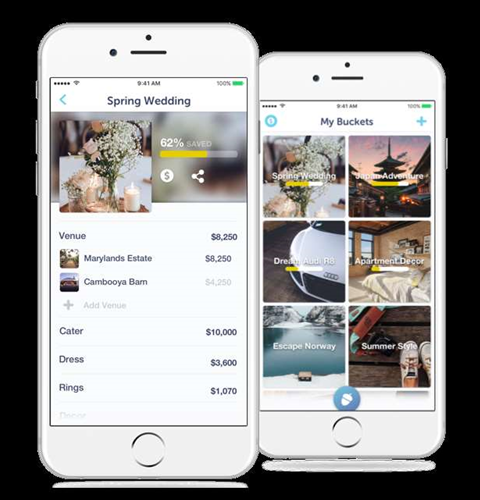 How a Brisbane-based startup team created a budgeting app with a difference.

A new iOS app makes it easy to find inspiration for your personal savings goals, budget for the items on your bucket list and monitor your progress, complete with feeds from your bank accounts.

The app, called Squirrel, was created by a Brisbane-based startup team made up of co-founder and joint CEOs Andrew Kiel and Amanda Andrews, along with co-founder and marketing lead Lachlan Nicolson.

“There are tonnes of bucket list apps out there where people can put down they want to climb Mount Kilimanjaro or trek the Sahara, own a house or get a new car. But they don’t really go beyond that,” Kiel said.

“Then there’s budgeting and personal finance apps, but when we had a play, we feel like we’re on the Weight Watchers of finance that makes us load every cent and dollar that we have. Doing the accounts every day is very hard work.”

To help find and manage savings targets, the app uses a clever integration with the social photo sharing service Pinterest, which allows users to turn a product they want to buy or a destination they want to visit into a savings goal at a tap.

“We did a bunch of research and most people don’t know what’s on their bucket list when you ask them the question, but when you give them some ideas they say ‘yeah I always wanted to do that’.”

Squirrel integrates with a number of Australian banks and financial institutions, including Westpac, the Commonwealth Bank, Suncorp, BOQ, Bendigo Bank, HSBC and others, using a back-end service called Yodlee.

“Once you’ve got that list, we start to get the budgeting sorted out and prioritise. So if you have $1000, do you allocate that to bucket A or bucket B. So that’s what we’ve built,” Kiel said.

“You can integrate it straight into your bank accounts, and set which accounts you want to use to contribute against the goals. It does some auto-categorisation of your expenditure.” 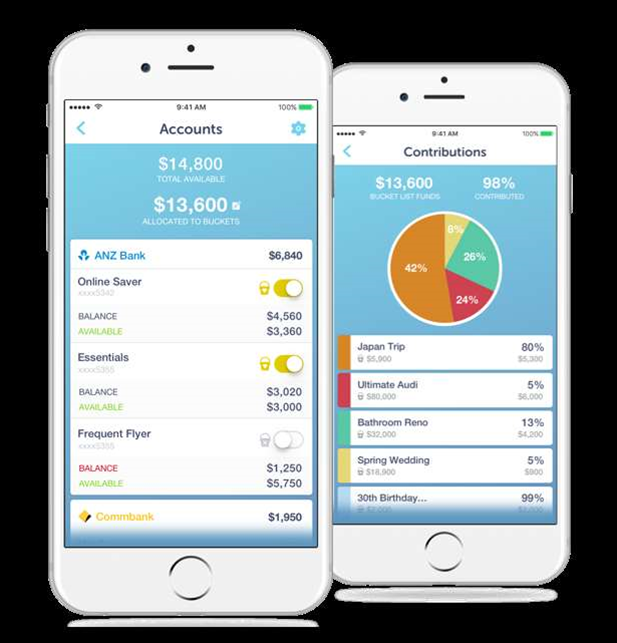 In future iterations, the Squirrel team is looking to add promotional tools for startups and small businesses to the app.

“From a retail perspective, the way the app has been set up is that it’s really easy to create buckets to promote your business,” Kiel said.

“We have some new features coming out in the next little while that will create a whole offering for businesses to create and promote their businesses through bucket lists on the app.”

Growing from an acorn of an idea

The decision to create Squirrel was made in January, drawing on Kiel and Andrews’ personal experience in the world of banking and finance.

“The insight for this app came from the customers that we talked to – especially from the banking side of things – was that these things are on our bucket list but we don’t know how to make them happen,” Kiel said.

“We came up with this interesting and relevant way of doing that through an app-based approach. We took three months to refine the concept and the problems we were looking to solve from an MVP [minimum viable product] perspective. Then we raised the funding from family and friends.

“In April we connected with a developer and bought the developer on-board full-time with us, then ran a dev cycle ahead of September when we launched.

“The great thing about the [lean startup] methodology is that it forces you to focus acutely on the problems you’re solving and then evolve the product from there. We’re now getting good data in terms of both customer information and feedback, which we will then feed into our next iteration.”

The need to get an MVP out to market quickly meant the Squirrel team focused on releasing the app solely for Apple devices running iOS, without also creating Android and desktop web versions.

“To paraphrase Wayne Gretzky, there’s no point going to where the hockey puck has already been. We made the call, with 60 percent of the Australian market using Apple handsets and iOS, to build it in native,” Kiel said.

Because the app is hosted off Amazon’s AWS cloud hosting platform, Kiel said the app should be able to scale up to address the US market just months after its Australian launch.

“We want to take it live into the United States around Christmas time, and we know that’s the next big opportunity to get this kind of application in,” he said.

“At an infrastructure level, the ability to hook into programs like Amazon’s that allow us to get a globally scalable product from day one. With the finance we’ve been able to raise, we would have been flat out just trying to buy the box to put the thing on.”

Kiel said that where it would not have been possible to launch Squirrel even a couple of years ago, that has changed thanks to the increasing maturity of the application programming interfaces (APIs), which allow apps to integrate with other third-party services.

“The reason is because we’re only just starting to see some maturity in the API world, and so the integrations that we’ve been able to tie into the platform are only just now starting to mature,” he said.

“In terms of the pipeline, the continuing opening up of data across platform is something we can do a lot with. The thing we would like to see is more of it in the banking space. We’d love to see Australian banks to do more in terms of open data and open access.”