An Aussie entrepreneur’s lessons from a global bootcamp 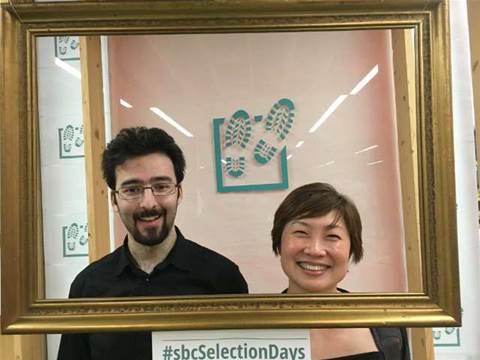 Australian startups are globally competitive, but they need to think globally, according to a Melbourne tech entrepreneur who attended a recent Startupbootcamp event in Barcelona.

Think globally from day one – that was one of the key lessons Melbourne tech entrepreneur Christina Chen learned from a recent Startupbootcamp event in Barcelona, Spain.

“The good thing is I think our startups are on par with the world stage. We’re not worse off than European startups and I don’t think we have a huge gap,” Chen said.

“At the same time, I feel the learning has been that [Australians] don’t think as globally as European startups because they’re in an environment where they can easily reach and go to other countries, and they have to think globally from day one.

“So that’s the area where I think they’re better off, and we have to work harder to think global from day one, because they already do.”

Chen won the trip to Barcelona at a fast-track event in Melbourne comprising 10 startups pitching to panel of experts. At the Barcelona bootcamp, Chen was one of 20 entrepreneurs vying for a spot in Startupbootcamp’s three-month global accelerator program for Internet of Things and data tech startups.

The other key lesson Chen came back with was the need to validate product iterations quickly.

“Because of the feedback from Barcelona, I’m going to do much faster validation, and that’s a key point that I got: How to do validation quickly before building features, which is something I thought I was doing before, but not as intensively as I needed to. You don’t know what you don’t know.”

Chen’s startup, known as Second Sight, is working on an analytics tool for game developers to help them optimise their games, ultimately increasing monetisation.

“I thought about this idea because I have a startup called Surprise Attack Games, which is an independent game publisher as well as a marketing and PR agency,” Chen said.

“And I saw that independent game developers lack the skillsets to look at their data and understand their players better, and that impacts their ability to optimise fast and deliver value to game players. So that’s where the idea came from.”

The experienced tech entrepreneur and developer said she began thinking of the idea while working as a consultant at an earlier venture called Surprise Attack, adding that Second Sight has pivoted as a result of feedback from its first minimum viable product (MVP).

“I established [Second Sight] in July of last year, and our current status is that we’re in [our second minimum viable product phase]. I’d run a previous MVP validating the back end and validating how we can run automatic optimisations, it runs very well and we were able to increase monetisation by 286 percent,” Chen said.

“However, game developers don’t really like automatic optimisation because we’re changing something in the game takes away from their creative control, so we found the value proposition was too hard.

“That’s why we’re in the stage two of MVP at the moment, where we’ll give them suggestions without automatically doing it.”

Startupbootcamp’s Melbourne fast-track event was the first for the global accelerator’s Victoria-based data tech program, which recently was awarded $600,000 in state government funding to establish a new IoT-focused workspace called Kydo at LaunchSpace in Richmond.

Unfortunately, in Barcelona, Chen wasn’t chosen for Startupbootcamp’s global accelerator program, but she describes the trip as being “absolutely the most wonderful experience” that will change her business approach in the future.

Beyond the opportunity to win the trip to Barcelona, Chen said the fast-track event was valuable because it provides a lot of intensive meetings with a range of mentors.

“A lot of people IoT and data tech don’t get to meet a lot of mentors because they feel the advice might not be valuable to them,” Chen said.

“This experience is invaluable. In that environment there are not enough mentors and not enough people telling them what they can do better.

“The same process happened in Barcelona, where you’re pitching for 90 seconds but the rest of the time is mentoring. And I came back thinking about my business completely differently.”