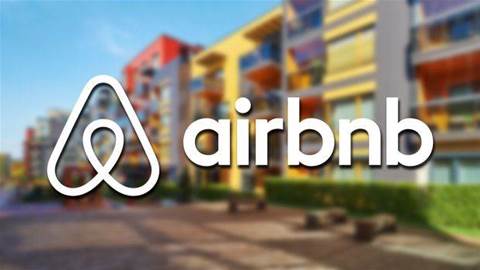 Right now, Airbnb is the golden child of Silicon Valley. Brought up at virtually every tech conference, executives and entrepreneurs alike love to point out the fact that the company has become one of the world's most successful rental firms despite owning virtually no property.

The company has gone from strength to strength; in fact, it's one of the Valley's few 'unicorn' startups that isn't operating at a massive loss, with the company on track to bring in revenues of $2.8 billion this year. It's also largely managed to dodge the numerous scandals and screw-ups that seem to plague rapidly-growing tech startups.

So what's the secret? How have Airbnb's founders managed to build such a successful (and by all accounts sustainable) business? CEO and co-founder Brian Chesky took to the stage at this year's BoxWorks in San Francisco for a chat with Box CEO Aaron Levie, where he revealed some of the most important things to know when building a company.

The question of how to effectively scale your business is one that every company inevitably runs into during the course of its lifetime. It's an issue that has proved tricky for some, and fatal for others. For example, many have blamed Uber's problems on the rapid speed with which it scaled, leaving crucial areas like compliance and corporate culture unable to keep up.

According to Chesky, the key to scaling up a company is to ensure that you don't forget the qualities that you had as a startup. Borrowing a phrase from Jeff Bezos, he said a company is like a coin with two sides – the agility of a startup on one side, and the stability of an established organisation on the other.

“As a company grows, it becomes more robust,” Chesky said, “but what got them successful was their ability to be nimble. So we've basically said our biggest risk has always been our ability to stay entrepreneurial.

Innovation is something that needs careful nurturing though. It can't be an isolated, siloed area of the business where you just leave a couple of engineers to get on with it, Chesky said, you need to ensure that you're properly fostering it at an executive level.

“The first thing I learned is that new innovation needs total buy-in from the CEO of the company. When we were building a lot of the new products I was involved daily, sometimes a couple hours a day on new projects. And so, imagining you're just going to put a team off on an island in an apartment somewhere, some skunk lab, and you can check back in six months is very unrealistic.”

Chesky noted that having a broad mix of people and personality types working within your company is crucial. This is important from a diversity and representation standpoint, but he also points out that different people have different skills on a strategic level.

One of the main tenets of Chesky's management style at Airbnb is a very hands-on approach to leadership. Rather than focusing solely on the high-level aspects of managing a multi-million dollar company, he makes a concerted effort to immerse himself in Airbnb's day-to-day operations. Every Sunday, for example, he sends out an email to the company with whatever is on his mind, which leads to staff replying to him and opening dialogues about various elements of the business.

“I always wanted to have a pretty flat organisation, where anyone could come up with an idea,” he said.

“I say, ‘walk the park’. It came from Walt Disney; Walt Disney used to walk the theme park every single day when he was building Disneyland,” Chesky explained. “You don't manage just by metrics, you manage by visibility, by walking around. You'll often learn as much in the hallways and popping into meetings as you will through your chain of command.”

Like many other Silicon Valley leaders, Chesky is also a big proponent of taking risks and ‘celebrating failure’. Just because something isn't a success right away, he warned, doesn't necessarily mean it's a bad idea – it could just be down to poor execution. As evidence of this, he pointed to Airbnb's ‘experiences’ offering, which went through two prior iterations before achieving the desired success.