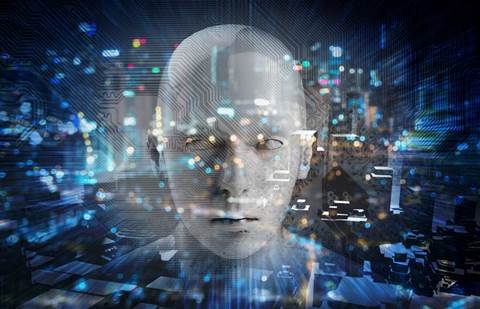 The economic case for AI

However, not all agree that AI will necessarily be a terrible thing. According to Sizing the Prize, a new study by global accounting firm PwC, global GDP could rise as much as 14% by 2030 – a whopping US$15.7 trillion boost to the world’s economic output – as a result of AI.

Half of that is down to labour productivity improvements – presumably including job losses – as well as “consumer demand resulting from AI-enabled product enhancements”.

The gains aren’t only in automation, which is expected to be what kills off up to a third of all currently existing jobs, but in expanding what people are capable of doing.

“The analysis highlights how the value of AI enhancing and augmenting what enterprises can do is large, if not larger than automation,” said Anand Rao, global leader of AI at PwC. “It demonstrates how big a game changer AI is likely to be – transforming our lives as individuals, enterprises and as a society.”

AI-led automation could also greatly boost Australia’s productivity and national income, according to AlphaBeta’s study – but only “if we get it right”.

“This opportunity will not land in Australia’s lap,” AlphaBeta says. “To unlock the benefits of automation we must be bold enough to lead changes. This means embracing technology’s potential to make our workplaces more productive, while taking steps to prevent Australia’s most vulnerable workers from sliding into unemployment.”

To unlock all potential gains, two conditions need to be fulfilled, the firm says. First, Australia needs a strong policy framework to ensure workers at risk of being displaced are redeployed. And second, governments must encourage more businesses to intensify their automation efforts.

However, Australian businesses have some catching up to do. “Only 9 per cent of Australia’s listed companies are making sustained investments in automation, compared with more than 20 per cent in the United States and nearly 14 per cent in leading automation nations globally,” the study says. “This low rate of investment in automation technology acts as a handbrake on our productivity growth that will ultimately reduce our national income. 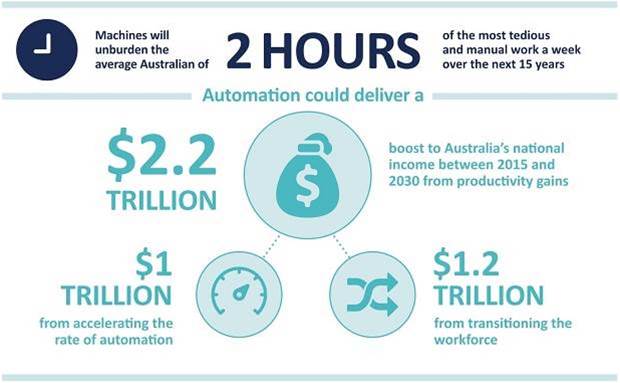 “If Australia accelerated its automation uptake, it would stand to gain up to another $1 trillion over the next 15 years. Both scenarios together – successfully moving all workers affected by automation into new employment ($1.2 trillion) and accelerating the rate of automation ($1 trillion) – represent a $2.2 trillion opportunity for Australia by 2030.”

Of these two goals, transitioning displaced workers would seem to be the most difficult and arguably the most important. Reskilling workers will be critical, according to Professor Stephen Martin, chief executive of the Committee for Economic Development of Australia at the time of CEDA’s 2015 report, Australia’s Future Workforce.

The CEDA report pointed to Denmark’s policy approach as a potential solution. “The Danish approach is three pronged – greater flexibility around hiring and firing, generous unemployment benefits and substantial programs to help unemployed people gain new skills. Often these programs start before a person is even retrenched,” Martin said.

“The Danish policy, while more expensive initially, makes long-term economic sense because it ensures people return to the workforce more quickly and with the skills the economy needs.”

Next: Which jobs are at risk? 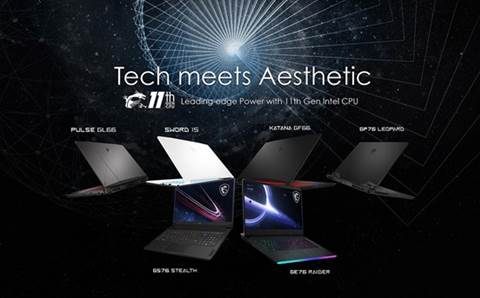 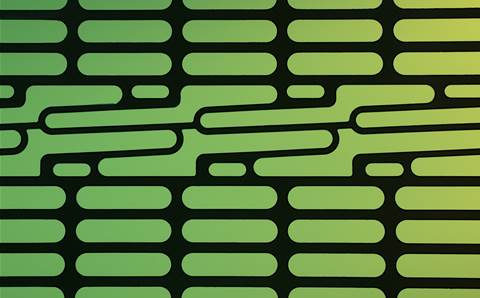