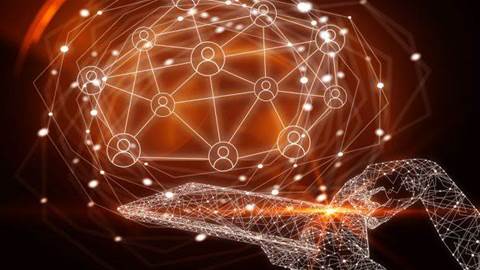 Warnings about the impact of artificial intelligence on jobs are regularly in the news. For example, up to 3.5 million of Australia’s 12 million workers are at “high risk of being displaced by automation in coming years”, according to The Automation Advantage, a study by economics and strategy consulting firm AlphaBeta.

However, two new studies suggest it may not be all bad news. A report by accounting firm PricewaterhouseCoopers (PwC) predicts 30% of jobs could be lost to automation, but those job losses are “likely to be broadly offset in the long run by new jobs created” by AI and other technologies driving automation.

Research firm Gartner is even more bullish. In 2020, artificial intelligence will create 2.3 million jobs and eliminate 1.8 million jobs, according to Gartner’s Predicts 2018: AI and the Future of Work.

The number of jobs affected by AI will vary by industry, and 2019 will see a growing demand for jobs in healthcare, the public sector and education, while manufacturing will be hit with job losses, Gartner says. By 2020, AI-related job creation will cross into positive territory, reaching two million net-new jobs in 2025.

“Many significant innovations in the past have been associated with a transition period of temporary job loss, followed by recovery ... business transformation and AI will likely follow this route,” said Svetlana Sicular, research vice president at Gartner.

“Unfortunately, most calamitous warnings of job losses confuse AI with automation. That overshadows the greatest AI benefit: AI augmentation – a combination of human and artificial intelligence, where both complement each other.”

The analyst firm has also predicted that by 2022, one in five workers engaged in non-routine tasks will rely on AI to perform certain jobs. AI has already been applied to highly repeatable tasks, where large volumes of data can be analysed for patterns. But applying AI to less routine work that is more varied will soon start yielding benefits.

AI applied to non-routine work is more likely to assist humans in the long run than replace them, as combinations of humans and machines will perform more effectively than either human experts or AI-driven machines working alone will.

PwC’s Will robots really steal our jobs? report predicts there will be three different waves of automation between now and the mid-2030s, each associated with growing levels of job losses – and we’re in the first one now.

In the first – an “algorithm” wave that will last until the early 2020s – we can expect to 2-3% of jobs affected by automation, the study claims. By the second, “augmentation” wave, which will last until the late 2020s, this figure will rise steeply to 20%, and the number of jobs impacted by the third “autonomy” wave could be as high as 30%.

PwC’s findings are based on the analysis of the jobs of more than 200,000 workers in 29 countries.

The percentage of jobs impacted in the first wave might be relatively low, but PwC claims the financial services sector could be hit quite hard, at around 6-8%. 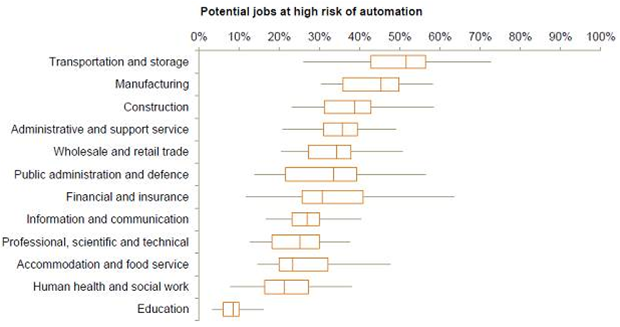 The report also highlights that women will be hit hardest during this wave because of “their higher representation in clerical tasks in the more affected sectors”.

The second wave, augmentation, is based on “automation of repeatable tasks and exchanging information, as well as further developments of aerial drones, robots in warehouses and semi-autonomous vehicles”.

In this wave, as many as 20% of jobs “from all sectors” could be affected, but the financial services sector is still expected to be hit harder than most. Women are still slightly more vulnerable during this phase, as are those without graduate-level qualifications.

Finally, in the automation wave, which will last until the mid-2030s, PwC predicts that “AI will be able to analyse data from multiple sources, make decisions and take physical actions with little or no human input.” By this point, autonomous robots and driverless vehicles will be commonplace, and as many as 30% of jobs will be impacted. Men will become more vulnerable than women for the first time, because of their higher representation in manual jobs.

It’s not all doom and gloom, though, because PwC also predicts that all this extra automation will boost “productivity, income and wealth” and that any job losses are “likely to be broadly offset in the long run by new jobs created as a result of the larger and wealthier economy” made possible by AI, robotics and other forms of smart automation.

Euan Cameron, UK Artificial Intelligence leader at PwC, said: “Our research shows that the impact from automation and AI will be felt in waves, with more routine and data tasks hit first...AI technology is getting more sophisticated every day and businesses need to understand how, where and when their people are likely to be affected in the future. Those that understand the risks and opportunities can start upskilling their people and adapting their businesses, rather than simply reacting when it’s too late.”

This feature includes articles on Gartner’s AI study and PwC’s automation study that originally appeared at IT Pro.