Adelaide's startup ecosystem gets a refresh 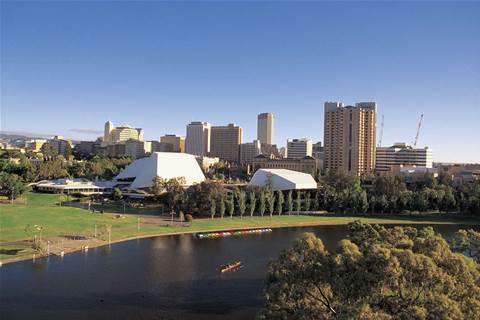 SouthStart has absorbed Majoran to offer a new central space that will bring together co-habitation, a conference and an accelerator program.

The relaunch of Majoran as SouthStart Cowork in the coming weeks will create a single physical space and member-owned organisation that will bring together a co-habitation space, the annual SouthStart conference and an accelerator program called SouthStart Accelerate.

According to prominent local entrepreneur and SouthStart director Steve Barrett, there are plans to relocate to a new facility following the relaunch.

"Out of the space we'll run the co-work, the co-habitation for established companies, the conference, and also an accelerator program, which has recently started and it's pretty much South Australia's first true tech accelerator, modelled on StartMate [in Sydney],” Barrett told BIT.

Barrett explained that when Majoran opened in 2012 as the first private co-working space in the city, there was an explosion of tech entrepreneurs starting traditional Silicon Valley-style startups.

While the space quickly became a focal point for tech innovation, he laments that a lot of that initial momentum was subsequently lost.

“[Majoran] grew really quickly – actually over capacity. It had to move location and tripled in size within its first 12 months. But then there was a slow decline leading up to 2015 or so, and there were a few changes of leadership there as well,” said Barrett, who is also cofounder of fintech startup Payhero and visitor management system Go Reception.

“[It] was basically bringing South Australians – and actually anyone in Australia – into the city for a two-day conference,” Barrett said.

Alongside Majoran and the SouthStart conference, there have been attempts by the state government to establish technology and innovation hubs in the state in recent years.

One such initiative saw the site of the state’s former Mitsubishi assembly plant at Tonsley, in Adelaide’s southern suburbs, converted into an ‘innovation centre’.

While the facility is close to Flinders University and has attracted some major multinationals such as Siemens, Barrett said the site has not gained traction with the state’s startup community because of its distance from the CBD.

“I believe the facilities are under-utilised due to location and scale – location being distance from the CBD and scale being a bit too much for what the population actually needs here. It’s a great idea, but I don’t think anyone was really consulted about it,” he said.

“Basically, [with the relaunch] we've wiped the board clean again and we're evolving into the next stage. And that is off the back of what was Majoran, with sponsorship from the Department of State Development and of course from our startup community here,” Barrett said.

“What we're seeing in South Australia at the minute is, a bit like 2012 and 2013, a lot of people starting to get re-activated and thinking about starting a business.

“So those people who have a naturally entrepreneurial mind-set are looking towards technology and innovation, and are applying their business skills and getting something started.”

Contributing to the shift in momentum has been the launch of a new accelerator program called SouthStart Accelerate, which recently took in its first cohort of four startups.

"The selection process has closed and we've selected our first four companies that will be put through a four-month program. That will be announced by the minister, and there will be a few additional initiates and a change of the space as we move into even better digs with better facilities that can attract more established startups,” Barrett said.

Following the relaunch, there are plans to relocate SouthStart to a new physical location, which will include co-habitation spaces for existing technology companies as well as co-working facilities for startups.

"We’ll have co-habitation before rather than just co-working. Co-habitation with some like-minded companies working in the same space with their second or third year, whereas co-working is generally for people looking for people in a likeminded atmosphere looking to start something new,” Barrett said.

"My members will wake up one morning see an email, and be told to quite literally walk across the road, here's your new digs, it's business as usual,” Barrett said.

“I have earmarked a location and I’m in very early stage negotiations right now. Ideally, it will happen before the end of the year, so we could be moving within the next three months.”

While the initiatives have received some government assistance, Barrett said the local startup community itself has led the charge on the changes.