4 apps for opening Word, Excel, Powerpoint files on an iPad or Android tablet 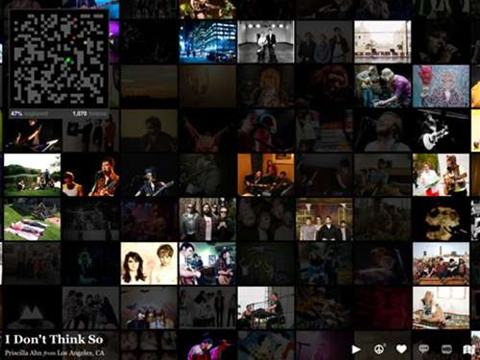 Want to open Word, Excel and Powerpoint files on your iPad or Android tablet? Here are four apps that can help.

Whether you love it or hate it, Microsoft Office's Word, Excel and PowerPoint are the default file formats for sharing information inside and outside your business.

The problem is that the fastest growing computer category is the tablet. Unless you go for a tablet running Windows, like the Toshiba WT200 Touchscreen Tablet you'll need to look at alternatives.
The thing to know is that there is no Microsoft Office for iPad or Android. That situation may change later this year, if rumours of iOS and Android releases by Microsoft are true, although this is being denied. So, what are your options for doing real work on a tablet?
Newsletter Signup

I have read and accept the privacy policy and terms and conditions and by submitting my email address I agree to receive the Business IT newsletter and receive special offers on behalf of Business IT, nextmedia and its valued partners. We will not share your details with third parties.
Here is another thing to know: none of the tablet alternatives work well with documents that have complex formatting like embedded tables and fancy layouts. Although the docx, xlsx and pptx file formats are official IEEE standards that can be used by anyone, Microsoft and other software developers do their own proprietary extensions so 100% interoperability isn't possible. But for basic documents, spreadsheets and presentations there are plenty of options.
Pages, Numbers and Keynote (iOS) If you're an Apple fan, then it's likely you'll consider using their productivity apps. At $10.49 each, Pages, Numbers and Keynote (word processing, spreadsheet and presentations respectively) are competent apps with the ability to open and edit Microsoft Office files.
These apps can access documents stored on external file stores by using a standard called WebDAV (Web Distributed Authoring and Versioning). However, while Apple's apps let you download documents stored on WebDAV-enabled systems, the traffic is one-way; you can't save back to them.
If you're a Mac user, hoping to share documents between the equivalent desktop applications using iCloud, you'll be disappointed. There's no way to sync documents between the two easily although the upcoming upgrade to Mountain Lion may resolve that in the middle of this year.
Summary: Pages, Numbers and Keynote are nice apps but the total price of $31.47 is quite steep in this category.
Docs to Go (iOS, Android) If you're old enough to have used a Palm device back in the 90s you'd remember Docs to Go. It was THE way to open and edit Office documents on portable devices. Although Palm is history, Docs to Go by Dataviz lives on.
With Docs to Go syncing documents to your computer is simplified. An app runs or your computer that provides a folder that you can drag and drop Word, Excel and PowerPoint files into. Using your Wireless network, you can sync those documents with your Android or iOS device.
The word processing, spreadsheet and presentation apps are well-featured. They offer the most commonly used 90% of features rather than trying to be all things for all people and play nicely on a touchscreen. There aren't too many buttons and everything is spaced out so that even the fatter-fingered among us don't keep hitting the wrong button.
Summary: Docs to Go is a full office suite that will fulfill the needs of most for just $10.49. Compared to Apple's offering - it's three apps for the price of one.
Office2 HD (iOS)
So, by now you've cottoned on to the fact that most of these office suites are all quite alike.
Office2 HD's point of difference is that it can open and save files directly from Dropbox - an online file storage and sharing service. Dropbox is very popular in schools, businesses and with individuals so being able to easily work with those documents is a great feature.
Summary: If Dropbox is important to you then take a look at Office2 HD. At $8.49 it's great value.
Kingsoft Office for Android

If you're still not sure about using your Android for business then give Kingsoft Office a go. It can handle Word, Excel and PowerPoint files - with the usual caveats about file formats not always translating perfectly - and can import notes from Evernote (a brilliant app for capturing random notes).
Summary: Kingsoft Office is well regarded and free - a great combination.
Copyright © BIT (Business IT). All rights reserved.
Tags:
alternative android app compatible excel files ios ipad office open powerpoint software word
By Anthony Caruana
May 29 2012
2:04PM