Moto G5S and G5S Plus

Motorola’s Moto G series has been the gold standard for budget phones for a number of years, and after a blip last year with the Moto G5, the company is back on top with the Moto G5S and G5S Plus.

The screens of both handsets are bigger and better than their predecessors, and the stylish new unibody casing makes them look and feel like premium smartphones. The cameras have been improved, and they have some quite high-end features such as fingerprint reader, fast charging and NFC for contactless payments via Android Pay.

The Moto G5S is more affordable at $349, but the $429 G5S Plus is worth the extra in our opinion. It offers a 5.5in Full HD screen (compared to the G5S’s 5.2in), along with a significantly faster processor and larger battery.

Indeed, the 5S Plus’ only real weakness is its slightly uneven and laggy camera. Otherwise, it’s the most desirable Moto G handset we’ve seen in a long time. Of course, performance, battery life and display quality aren’t up there with the best smartphones, but they’re good enough that we’d be happy to own this phone.

It’s certainly a big step up from the cheap, plasticky handsets that occupy the bottom end of the Android market. 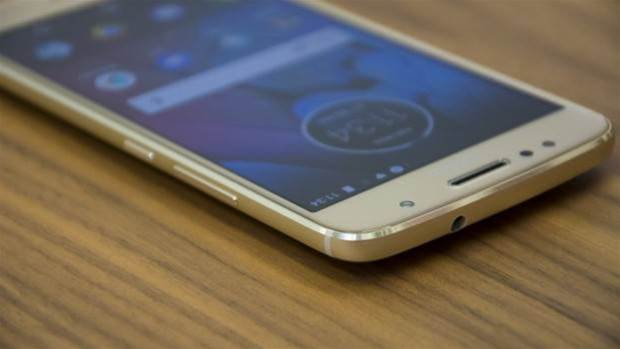 For more details, see our full reviews of the Motorola Moto G5S and G5S Plus.

If you’re looking for something even cheaper – well, we’d recommend stretching to at least a Motorola Moto G5S if you can, but if you can’t, there are some other reasonable options.

Nokia 3: If you want a budget Android smartphone that doesn’t look cheap, the Nokia 3 could be for you. Don’t expect miracles from its performance, battery life and camera – but for $249 (or under $200 if you shop around), you won’t find much better. See full review.

Samsung Galaxy J3: It’s getting a bit old now, so again, don’t expect miracles from the Galaxy J3. But now selling for under $200, the J3 is still one of better-value entry-level phones available, with a very good screen for the price. See full review.

Nokia 3310: Nokia’s blast from the past adds some mod cons – such as a 2MP camera and full-colour display – to its original design. As long as you remember it’s a feature phone – without the smartphone features we now take for granted – it’s very good value for under $90. See full review.